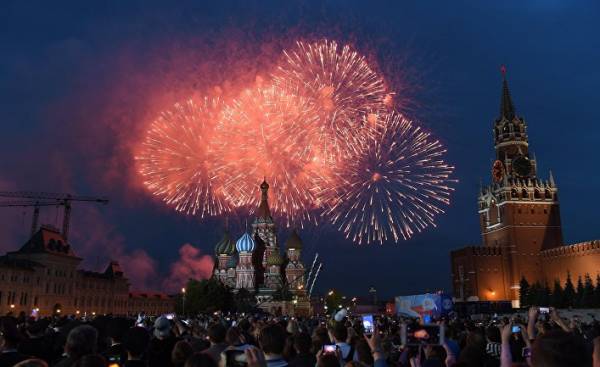 New York — the Introduction of the United States of new sanctions against Russia led to a sharp deterioration of relations between the two countries. Such degradations were not observed since the end of the cold war.

The parties blame each other and say they want to improve relations, and acting like the hostility between them is merely undesirable, but short-lived stage.

But while many in the U.S. blame for the deterioration of relations with Russian President Vladimir Putin, in fact, relations between the two countries has always been difficult, and the periods of their cooperation is short-lived.

The US has problems not only with Putin, but with Russia.

The two countries are in conflict since, as in the late nineteenth century the United States became a great power and have begun to compete with the Russian Empire for influence in Manchuria.

Possible global events that changed the specifics of the competition and technical progress increased the danger. But areas of disagreement remained: the system of values of the zone of influence, the principles of the world order.

Even Russia’s intervention in the internal Affairs of States was not something new. The threat that existed continuously for 74 years of Communist rule in the USSR.

Washington and Moscow must recognize that in the context of growing world disorder a need for a more balanced relationship.

Periods of interaction between Washington and Moscow was short-lived, and their relationship has never been as friendly as they are pictured. Even relations within the anti-Hitler coalition during the Second world war, which Russians consider to be an example of cooperation, was marred by suspicions. The war was fought not so much together, how many in parallel, and it ended with the signing of the agreement, which divided Europe into two opposing camps.

Hopes for more friendly relations and cooperation after the collapse of the Soviet Union was, as it soon proved to be illusory. According to the United States, who was fascinated by ahistorical reasoning, their victory in the cold war meant that Russia, like all other countries, didn’t have much choice but to accept a world order based on liberal democratic principles and laws of the free market, which provided the West peace and prosperity.

Russia covered the devastating socio-economic crisis, I do not particularly support the projects of Washington, but finally agreed to accept them. But after it came under Putin, Russia’s economic recovery and the revival of traditional trends, historical differences and tensions resumed. With the beginning of the crisis in Ukraine three years ago, they reached the highest point and led to an almost complete breakdown in the relationship.

Washington should start to accept the harsh truth: Russia will not soon become and never will become a liberal democratic country that will fit into Western structures.

At the same time, a significant presence of Russia in the global arena is ensured by its good geographic position in the heart of Eurasia, its nuclear Arsenal and the wealth of its natural resources. Not to mention its more efficient army, the diplomatic corps world-level scientific community, which has extensive experience in the use of new technologies for the realization of national objectives, as evidenced by the level of skill and achievements of Russia in cyberspace. Despite the expectation of further decline, Russia will remain a major player.

Washington has no choice but to cooperate with Russia — for what it is. And he must put ourselves the question: how to establish a relationship with a big strong country, which is of great importance for establishing a solid security system in Europe, but it promotes alien values and competes for influence in other strategically important regions?

One option is a policy of deterrence and isolation, backed up by punitive measures in the form of sanctions and the political class of the USA prefer these measures. But Washington can’t completely isolate one of the largest economies in the world, especially now when major non-Western powers gaining weight on the world stage — in particular China and India — are not ready to follow the example of America.

Sanctions in the end, hopes did not justify, especially now, when Russia considers what is at stake is its vital interests (like today in Ukraine). And that no steps except surrender can not provide the lifting of sanctions, given the prevailing Washington is hostile to Russia.

The best option would be to establish with Moscow pragmatic attitude and focus on the containment of geopolitical rivalry to minimize the risk of full-scale conflict. The US should vigorously defend its vital interests, but they should be ready to find compromises on other issues, if it does not threaten to undermine the basic principles.

This would, for example, to insist on the full restoration of the territorial integrity and sovereignty of Ukraine, but to make it clear to Moscow that we are ready to consider alternatives to the possible membership of Ukraine in NATO, because Russia is strongly opposed to this membership and in this respect determined.

Similarly, States must protect the integrity and reputation of their electoral processes, but they need to be ready to discuss the limits of permissible interference in the internal Affairs of each other, given that in today’s interconnected world, some interference is inevitable. In a similar spirit it would be possible to consider other key issues.

A serious and imminent global threats — proliferation of weapons of mass destruction, international terrorism, climate change and pandemics — require joint action by all major powers, including Russia and the United States.

Washington and Moscow should recognize that the increasing world disorder there is a need to establish more balanced relationships. That would allow both countries to defend their interests, without hiding historical differences.

Thomas Graham — Director of international consulting firm Kissinger Associates, former Director of the Russian Department in the Council of national security of the United States (2004-2007). 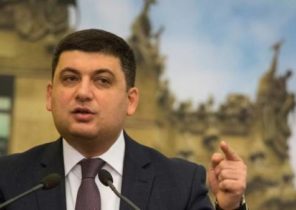