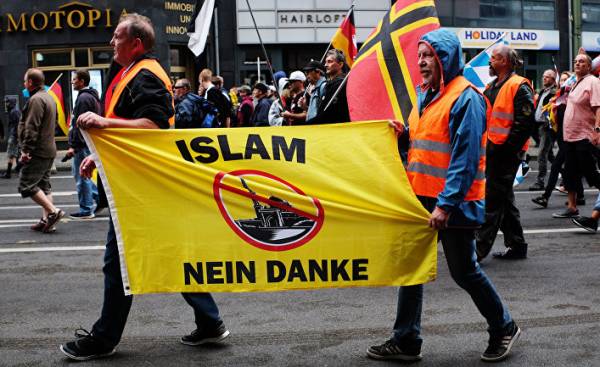 They call themselves the defenders of Europe. This summer, the so-called identive (a neologism from the identification — approx. TRANS.), the movement received extensive coverage in the press, because the participants want to follow the work of rescue boats in the Mediterranean sea and, utilizing a task force Defend Europe, to send migrants and refugees back to Libya on the ship C-Star.

Members of this movement claim that they have collected more than one million CZK in its operational ship and receive support from right-wing extremists around the world. The American nationalist Richard Spencer (Richard Spencer), the self-proclaimed founder of the movement “all-wright” in the United States, wished them luck. Simultaneously, the nationalists of Europe and the U.S. hold joint conference.

The potential in Norway

Among the right-wing extremists of Europe identive movement is of great importance, it plays an increasingly important role, says Jacob Ravndal (Jakob Ravndal), research fellow, Centre for the study of extremism at the University of Oslo.

While in the nineties among right-wing extremists dominated the skinheads, identive movement of zero in its formation was guided by a more intelligent ideas without reference to national socialism.

But those who recently spent their March in Kristiansand, was, on the contrary, the Nazi Nordic resistance movement.

“It is surprising that fervent national socialists and racists are members of the Nordic resistance movement, not identifioe movement, settled in Norway. But I guess identive movement will grow in Norway,” says Ravndal.

Do not consider themselves Nazis

This movement does not consider himself a Nazi or fascist. The participants believe that the Europeans may soon become a minority in their country and want to stop non-European Islamic migration. As the participant identiwed movement Clement Galante in a telephone conversation with Dagsavisen, an example is the migration policy of Australia. Identive movement stands for ethnopluralism.

“Its members believe that people have a right to preserve their culture and national identity,” says Ravndal.

Someone calls them racist culture, not biological racists, because they don’t care about issues of race. If they are called racists, then the reason for this is political views, says Ravndal. This movement does not profess the use of violence, he said.

“But this anti-democratic movement. It opposes liberalism and ideals of equality. It supports the theory of inequality — says a scientist. — This movement is the result of work of several think tanks that want to go ahead of politics”.

The support of all right-wing extremists

The actions of the supporters identive traffic in the Mediterranean sea receive broad support from right-wing extremists regardless of ideological differences, says Lars Eric Berntsen (Lars Erik Berntzen), also an employee of the research Center of extremism. As he States, they differ markedly from, for example, neo-Nazis, although the ideas identive movement with roots in fascism. In his opinion, the line of ethnopluralism means that different national groups should be separated in their own countries.

Round Bjerg (Tore Bjørgo), head of the Center for the study of extremism and Professor at the Higher school policy for many years researched right-wing extremists. He believes that identive movement presents its ideas in a more acceptable form. In his opinion, form of communication identifer supporters of the movement with the fascist or Nazi movements varies from country to country.

From weapons to books

In the nineties, right-wing extremism gradually weakened. English speaking part discovered the ideology of the “French new right”, with roots Dating back to the sixties of the last century, having a philosophical basis and is exempt from racial theory. This movement influenced a significant part of right-wing extremists, especially in relation to the set of applied actions.

“Certain activists who in the nineties was posed with the weapons of today pose more books. Cult of the time was uncompromising and violence. The tendency in the current period is reading,” says Ravndal.

He calls Magnus Cederman (Magnus Söderman), former Deputy head of the nationalist Swedish resistance movement, which today has become the Nordic resistance movement. He is a former “romantic violence”, which came out of this organization and preferred online portal Motgift, type of activity less focused on the use of violence. But, according to Ravndal, part identive movement is revolutionary and is more strongly advocated the use of violence.

“Individual members patrolled the streets to get rid of the “scum” and are engaged in the sections of martial arts,” says Ravndal.

Some participants also speak of a future civil war with the migrants. Then they will use force, says the Bjerg. In one interview with BBC journalist asks the leader identiwes the movements of the Austrian Martin Sellner (Martin Sellner), what he thinks about marriage between people of different races and homosexuals. “I don’t care,” replied Sellner. The Austrian came to Oslo in may to participate in the demonstrations.

To fight with these groups, it is important to understand what is this movement, says Ravndal.

“The fight should be in cultural and intellectual areas,” he says.

For Norway yet unusual

Researchers believe that in Norway, the closest to this movement are those who assembled around the pool Scandza-forum. This forum in July in Oslo held a seminar with the American representatives of “white nationalism”. Among Norwegian supporters of this movement dominates, according to Ravndal, closed a small group of people of high cultural level, in which topics such as language new Norwegian (new Norwegian language in its pure form) and Autumn / Ivar (Ivar Aasen, the Creator of new Norwegian language). However, one of the leaders of this Association, according to the news Filter, took part in the neo-Nazi March in Salem, Sweden.

That the Association has no strong leaders, and it’s too unusual to be widely disseminated in Norway, he Bjerg.

In Sweden, on the contrary, nearly a hundred people participate in demonstrations of Nordic youth, which is close identigene movement.

Dagsavisen: does the fact that they are established in Sweden, with a different immigration policy?

Ravndal: Yes, so to speak. In Sweden, criticism of migration at the mercy of right-wing extremists.

Among those who participated in the demonstration of the Nordic resistance movement in Kristansand, according to Swedish research Foundation Expo, people were sentenced in Sweden for violence. In Norway, the Nazi party could gain probably 100 people he Bjerg. But this is unlikely to be a thousand. Identive movement, however, has a broader potential in order to attract more people than the national socialists, he said.

“They don’t look so disgusting. They try to present a positive national identity,” says Bjerg.

“It is difficult to measure the impact of supporters identive movement,” says Ravndal.

This movement has the largest number of supporters in France, where there are about a thousand activists. They organize summer camps, where participants work out techniques of martial arts and work with the media. Often they hold noisy events, widely covered in the media.

“In France they said that “invaded” a mosque, even though they just climbed on the roof,” says Randall about the campaign in Poitiers in 2012.

Identifioe the movement is being increasingly characterizes right-wing extremism. But it is not necessary to submit this motion as a giant force, he said. In his opinion, they cause much more attention than it deserves, the number of activists.

Bjørgo: It’s like hereditary sin, from which we will never be able to get rid of, is a constant phenomenon. Some of these movements are deadly, while others do not have the potential of violence and can become a major political challenge. It is important to track them and determine what they intend to do to be able to deal with them. If these groups are fertile soil, due to the fact of whether national identity is a taboo or not. In Sweden radical nationalists monopolized the national feeling. But it’s not in Norway. Director may 17 this year was Bierner have Moxnes (Bjørnar Moxnes) of the left-wing party Red.

The migration crisis has led to an active Association of right-wing extremists, says researcher Lars Eric Berntsen. But he is not sure that at present the Association continues. Remain old differences: different attitude toward the Jews, democracy and the use of force. Anti-Islamic groups consider themselves defenders of the West and everything connected with it, including the Jews and the rights of homosexuals and Nazis are against Jews and homosexuals.

The Effect Of Trump?

The antiislamist USA have teamed up to came to power Donald trump (Donald Trump), and this line is shared by such key figures in the administration trump as chief strategist Steve Bannon (Steve Bannon). I was supposed to say President trump right-wing extremists in the West?

“Many of them are disappointed with the support that trump has Saudi Arabia,” says Berntzen.

He adds that they are also disappointed that trump still has not curtailed the rights of homosexuals. 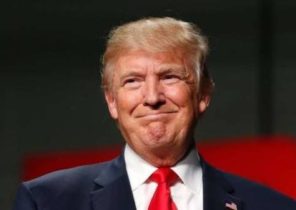