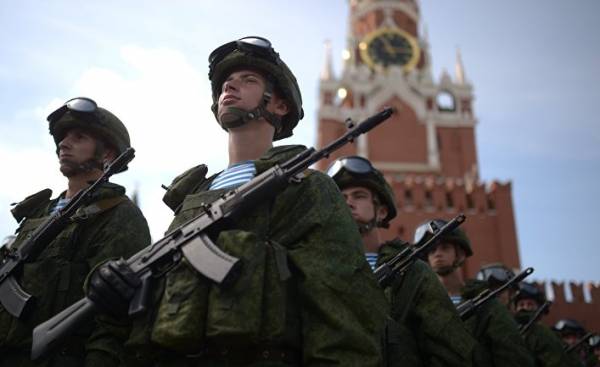 After the European Union renewed sanctions against Russia last week the US President Donald trump also signed the law on anti-sanctions, approved by a majority of members of Congress. The reason was Moscow’s intervention in the US presidential election last year, and accession to the Russian Crimea that belonged to Ukraine. It becomes obvious that Western governments have declared Russia the blockade, and that there is coordination between Europe and the United States and the parties take a common stance against the Kremlin’s policy, which aims to restore Russia’s place on the map of global influence and to establish itself as the second superpower, which, of course, threatens Western interests.

Through military intervention in Crimea, Russia has opposed Ukraine’s accession to the European Union. Thus, the Russian leadership declared that the turn of Ukraine towards the European Union carries a challenge to the national interests of the country, and that Moscow is ready to go further militarily to protect its strategic interests in Europe, particularly in the area of national security and energy.

Disputes within NATO, which started after the Russian intervention in Crimea, for three years, testified about the possibility of a new war in Europe, which would destroy the international system established after the Second world war and enshrined in the Yalta agreement in 1945. However, this turn of events was not acceptable for European countries and their partner — the United States. As a consequence, Europe has taken retaliatory measures in the form of economic sanctions, which affected a number of vital sectors of the Russian economy such as energy, technology, banking. The most important accession of Eastern European States, which in the past was part of the Eastern bloc, the European Union, dealt a severe blow to the international influence of Russia, especially if to consider that in the 90-ies of the last century, the leadership of the country was focused on domestic issues, and rebuilding the destroyed Russian institutions. Despite the fact that Russia has managed to overcome many of the economic and social crises in the beginning of the third Millennium in connection with the increase in revenues from the sale of oil, she failed to consolidate its influence in Europe and the world in General.

In the Kremlin realize that the loss of Russian influence in Europe is a sign of final defeat to Western politics and means the rejection of all ambition to restore Russia’s position in the international system. From this point of view, military intervention in the Crimea was the only way to pose a threat to European national security and the threat of redistribution of influence on the continent. However, the Kremlin leaders have gone further, increasing the scale of the presence in Syria and close to the discovered gas fields in the Mediterranean sea, thus establishing Russia as an important player in global energy.

In turn, the leaders of the European countries understand that I can’t rewind the events on the European continent, and that the conflict in Europe in any case should not take an armed character. They realize that a response to Russian provocation should be given to using different foreign policy instruments, which have nothing to do with the use of military force. As a consequence, the European sanctions have two purposes. The first goal involves putting pressure on vital sectors of the Russian economy. The second goal is to present Russia as a criminal who deserves punishment.

The American-European supremacy in the management of international conflicts, including the conflict with Russia caused by the dynamics of globalization processes that allowed the European countries and the United States to achieve significant success on the international labour market. This trend turns the economy into an effective weapon against opponents and reduces the chances of direct collision with them. In addition, it allows to “isolate” the crisis in the country, so they could not spread to other countries and make a large scale.

If we look at the list of countries with the largest GNP, we see a large gap between key European States such as Germany and France, and Russia. In particular, Germany takes the second place in the world, France is sixth, while Russia is only in tenth place in the list. In addition, the gross national product in the key European countries for the most part, is promising sectors, e.g. technology sector, while Russia’s GDP is mainly represented by revenue from energy sales.

Moscow had hoped that I could achieve a high level of understanding with the administration of President trump, as well as to strengthen partnerships with the United States in the field of international regulation. However, the signing trump law on the introduction of new sanctions against Russia caused those hopes to evaporate. This decision demonstrated that from the point of view of the US and Europe, Russia is no longer a key state in the international system based on globalization processes, and also the fact that the West is capable of using economic sanctions to curb the ambitions of their opponents and make them look more realistic.

The President of Kosovo appointed early parliamentary elections for June 11 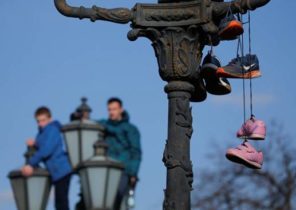