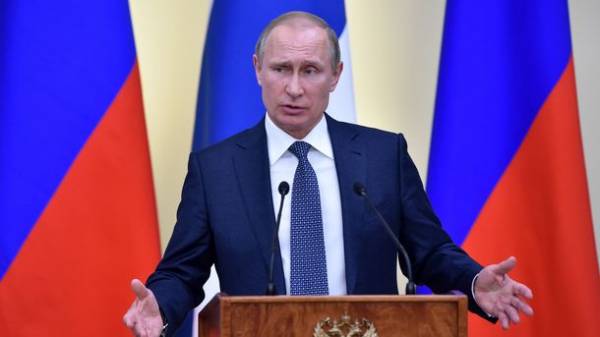 Ukraine and the world community should not rely on the fact that Russia in exchange for the lifting of Western sanctions will leave the Donbass.

So, the question about whether the withdrawal of the Russian Federation from the occupied militants and the Russian military of Donbass in exchange for the lifting of Western sanctions, Levchenko said that this is unlikely.

“Putin, most likely, will not do it, because it may lose the support of the Russian electorate, which consumes chauvinistic information, prepared media in fact commissioned by the Kremlin. That is an aggressive informational flywheel so hyped that even Putin, even if it wanted to make concessions under American pressure or without it, in today’s situation runs the risk of falling foul of voters,” – said Levchenko.

The diplomat noted that the conflict in the Donbas was conceived by the Kremlin as a diversion to Ukraine had neither the strength nor the time to deal with the issue of returning Crimea. “There was a direct hint – accept a Russian Crimea, and we supposedly will help with the return of the uncontrolled part of Donbass. On the other hand, it was a substantive probing of the distribution of aggression in other regions of Ukraine with the purpose of realization of the project “new Russia”, – he added.

At the same time, according to Levchenko, “there are the Minsk agreements, and if we realize them in order of writing, Russia should withdraw from the Donbass and the area will be reintegrated peacefully”.