Trilateral negotiations will help to strengthen the Alliance between the two countries, the Minister said

The foreign Minister Dmitry Kuleba during a visit to Poland met today, July 28, with their Polish and Lithuanian counterparts.

According to him, the meeting takes place in Lublin.

“Begin the second day of his visit to Poland with a meeting with the Minister of foreign Affairs of Lithuania Linas Linkevičius. It is always good to talk and strengthen our important Alliance between Ukraine and Lithuania,” – said Kuleba.

He also noted that present at the meeting and Minister of foreign Affairs of Poland Jacek Czaputowicz.

“Are important for tripartite negotiations and decisions that will strengthen the ties between the two countries and underlined their important role in Central Europe”, – said the head of the MFA of Ukraine. 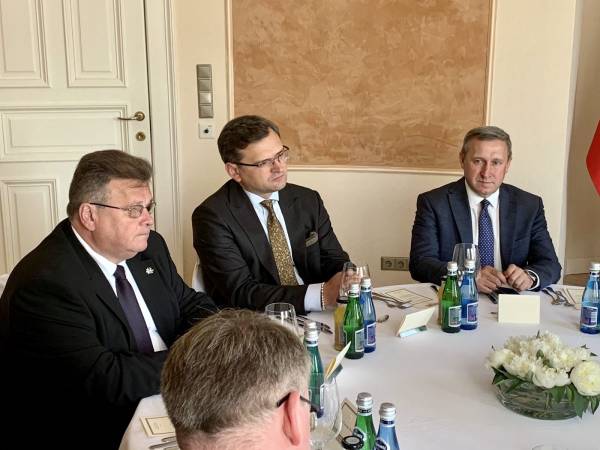 As reported “Today”, July 27, Minister of foreign Affairs of Ukraine arrived in Warsaw. There Kuleba was found with Czaputowicz. They discussed sanctions for occupation of Crimea and pressure on the “Nord stream – 2”. The Ukrainian Minister informed his Polish counterpart about the establishment of a platform of de-occupation of Crimea. He hopes that Poland will be one of the leaders of this process.

We will remind, recently Dmitry Kuleba gave an interview to “Today”, in which he spoke, is there any chance that the Supreme military and political leadership of Russia will be held accountable for the downed Malaysian Boeing, the problems with Iran and much more.