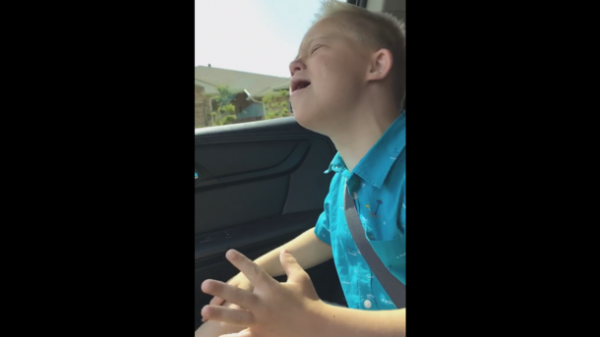 9-year-old Dan, the boy with down syndrome from Texas was surprised by the network’s sincere and emotional performance of the hit Whitney Houston.

Video published on the page in Facebook Jeanne Miller, who is the aunt of the boy.

In the video, which gathered 26 million views, shows how Dan sings along, having heard the Whitney Houston song. Many users of social networks write that cried gone from, because Dan is so touching and soulful singing.

Mama Dan hopes that people realize that they are able to do everything, no matter what their characteristics.

The boy wrote and continue to write many media outlets, including FOX 4 Now, ABC News, The Last News, etc., and network users do not get tired of sharing their positive experiences with Dan. Many say that the song made them cry and offer to post other similar videos.

For comparison we offer you to listen to the original.