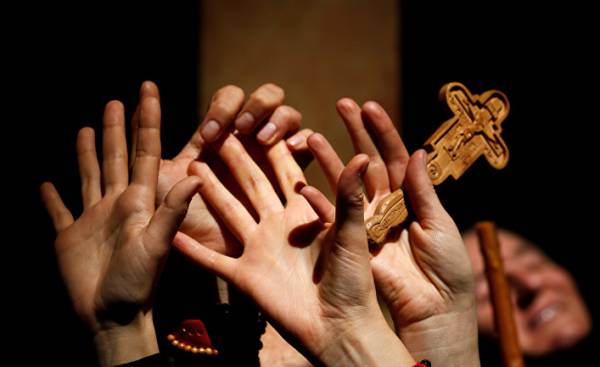 This year the Christians of Egypt did not celebrate the Passover out of respect to the memory of those killed during the explosion at Coptic Church in Alexandria. Another reason was concerns for their safety and fear of repeat incidents.

No exception, the Christians of Lebanon (because of their number and the nature of the political system in this country), as well as Christians of Egypt, Iraq, Syria and even Palestine. In all of these countries, this population faces considerable risk.

The situation in Palestine is unique, where Christians and Muslims suffer equally Israeli occupation. They have already lost their land, sources of livelihood and freedom of movement. On this Holy week Christians in Bethlehem, Ramallah Birzeit and with great difficulty was able to get Jerusalem. Many Palestinians look at Jerusalem from the balconies of their houses, but can’t get to it because of the separation wall and restrictions imposed by the occupation authorities and checkpoints. All these circumstances have led many Palestinian Christians to emigrate to the West.

The collapse of the state apparatus

With regard to the situation of Christians in Iraq and Syria, here things are different. Those who remain in Iraq live in fear, especially after 2003, when the era of secular dictatorship of Saddam Hussein, where they enjoyed greater religious freedom.

As a result of U.S. invasion and the collapse of the state apparatus, in Iraq a civil war broke out between the many religious groups that resulted in “ethnic cleansing” that have affected the Sunnis, Shiites, and especially Christians, did not have militias to protect themselves.

During the first five years of civil war, the number of Christians in Iraq has dropped from 1.3 million to 400 thousand people. However, none of the Bush administration was not focusing on their position, and the West began to refer to this tragedy only after the emergence of the “Islamic state” (banned in Russia — approx. ed.).

Assyrian Church continues to encourage Christians to be steadfast and not to leave the country, because, perhaps ISIS will soon be defeated, and religious minorities will again be safe. But the fear remains, and many listen to the inner voice of disappointment, which says that for Christians in Iraq has no future.

In Syria, the protection of the Christian minority provides the regime of Bashar al-Assad, who enjoys the support of Church leaders due to the fact that the latter are afraid of the arrival of ISIL or other extremist groups. At the moment the majority of Christians remain in areas under regime control. However, they feel very restless, because they are trapped between two evils, and their future is uncertain. 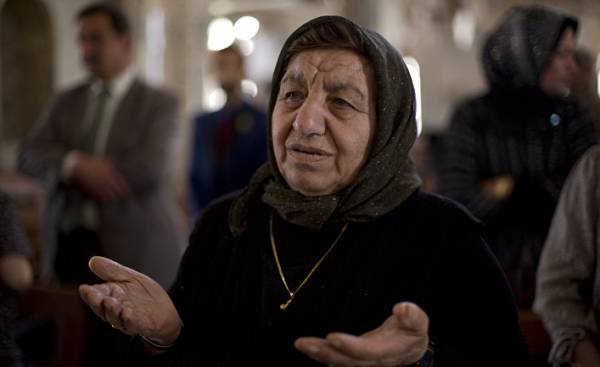 The Coptic Church is the largest in the middle East, the number of followers ranges from 8 to 10 million people. Despite this, and possibly because of this, the Copts are vulnerable to attacks, especially in light of instability in the country in the last five years.

During the reign of the Muslim brotherhood, Christians have felt they are under threat of what is called an attempt of politicization of religion and the Islamization of the state. In 2013, the army rebelled against the elected President, and the angry fundamentalists have turned their anger on Christians. During this period the Church has seen widespread arson, murders of Christians.

Since President Sisi and the Imam of al-Azhar Ahmad al-Tayeb has taken steps to support the Christians, condemning the attacks and acts of intolerance, called for a review of the education system and educational and religious programs. The President participated in a number of Christian events, and the Grand Imam of al-Azhar met with Pope Francis in the framework of the dialogue among religions.

However, all these efforts let the wind of the governmental machine of repression, not only against the Muslim brotherhood, but also against the media, human rights organizations and other political and social formations, and the arrest of tens of thousands of protesters.

The arrests led to the emergence of a climate of repression and fear that only hindered the efforts to establish a more stable and tolerant society. Instead of trying to feel safer, Christians have become “easy targets” for religious extremism.

This should be a lesson that repression may be useful in the short term, but in the long-term safety and tolerance of society do not bear repression. Perhaps Christians in Iraq and Syria, has extracted some benefit from secularism, even implanted by force. However, the dissatisfaction caused by the repression that spawned a deadly wave of extremism, zachopoulou all.

The American reaction to the tragedy of the Christians of the East is an incredible disappointment. We’ll never understand and couldn’t appreciate that now occurs as a result of the idiotic invasion of Iraq. We still don’t know the internal dynamics of wars in Syria and Palestine. We continue to be silent about how Israel is harassing Palestinian people, because successive U.S. authorities do not consider Palestinians people, no matter are those Muslims or Christians. In Egypt we were unable to prevent the Egyptian government about the possible consequences of the lack of respect for human rights.

The result is the growing threat to Christians in the Middle East, which now represent the weak link.