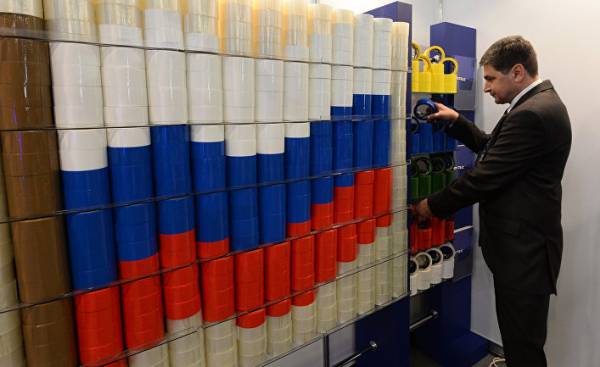 2014 against Russia are Western sanctions and now the U.S. Congress began a full-scale trade war against Russia. In the West there is the opinion that Russia is economically is on his knees, and the war hawk John McCain (John McCain) likes to say phrases such as “Russia is a gas station. which pretends that it is a country”. This, of course, a gross caricature, but what about in reality?

The crisis in Ukraine in 2014 has led to the fact that the United States imposed economic sanctions against Russia and forced its “allies” in Europe to take part in it. In July of the same year, oil prices have plummeted, which is particularly hit hard by Russia. In 2013 revenues from the sale of oil and gas accounted for 68% of all export revenues in Russia.

But this economic stagnation has nothing to do with what happened in the period of the favourites of the West Boris Yeltsin. His economic policy was a disaster for the Russian economy and has led to the fact that GNP fell by 50%.

It was a period of hyperinflation, the rapid growth of crime, the collapse of health care and pension systems, a failure in supply of food and a sharp decrease in life expectancy.

Compared with the end of the Yeltsin era, Russia’s economy has doubled per capita. The two exceptions to this process of growth are the financial crisis and the period after 2014, but they are not comparable with the period 1990-98 years.

From recession to growth

Result. If you take the basis of the study of the world Bank, Russia has not only emerged from a period of recession, but also, apparently, entered a period of growth. It will probably not be as fast as before the financial crisis, but, nevertheless, there is no doubt that he started. So if Western leaders believe their sanctions will bring this country to bankruptcy, then they need to get acquainted with the real state of Affairs.

There is a silver lining

Sanctions, of course, has damaged Russia, but at the same time beneficial. Agriculture has replaced imports from Europe, and in industry have found new solutions. And that is important, not least, dramatically increased trade with China.

In the first half of 2017, Russia’s trade with China grew by 26%, which significantly exceeds the forecasts. Russia was the main supplier of oil to China and pushed Saudi Arabia into second place.

If this pace of growth will last until the end of the year, the annual trade volume will reach $ 80 billion. Both countries are aiming by 2020 to increase trade volume to $ 200 billion, and it seems that it is an achievable goal. The two countries established an investment Fund for mutual investment, and constantly take steps to conduct trading operations without the use of the dollar. USA against their will, forced them to undermine the position of the dollar is much stronger than they would like to do it (!). Investment in the silk road project of China (One Belt — One Road) to a large extent will be useful to Russia, including its industrial sector.

If Europe on the request of the United States will be introduced additional sanctions, they are unlikely to cause damage to Russia. But very much hurt Europe itself. 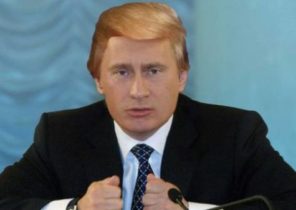