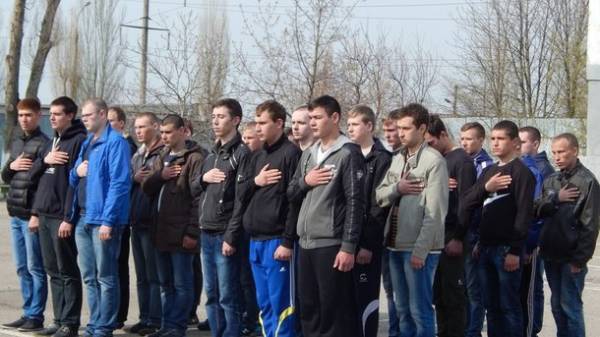 In Ukraine, the eighth of August launched an extraordinary appeal to the army. By order of the President of Petro Poroshenko until August 31 young people of military age (from 20 to 27 years) will be collected at the service. After that conscription will suspend and will resume in October. As noted in the General staff, such recruitment is carried out in connection with shortfalls in the National guard during the may call. The website “Today” found in Ukraine held an extraordinary appeal, how many people will go to the army this month.

In Ukraine for military service are drafted into the army twice a year: in spring and autumn. Just under the call this year was to get about 30 thousand people. More than 14 thousand people called in may-June and about the same call in October-November. However, on the orders of the head of state ‘s call will hold four instead of two times. So, in may, in parallel, held prizes reserve officers, and in August to conduct additional recruitment to the National guard.

This month across the country on the agenda will be send Ukrainians aged 20 to 27 years. Of them will select about 1,000 fighters, which will be sent to serve in the National guard. As noted in the General staff, a full-fledged call the “August campaign” can not be called – it is carried out in the context of reform, and for retrofitting of the national guard.

This month from each region will be taken into the army from 50 to 100 people. For example, in the Lviv region will call for a 53 warrior, and in Dnipropetrovsk – 95. 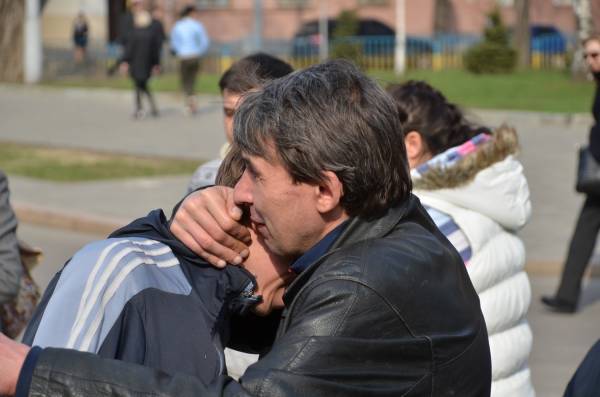 “It’s certainly not a full-fledged appeal. Was a shortfall and the President of Ukraine adopted a decision on additional appeal. It takes place in normal mode. Nothing supernatural in this. There are even volunteers who are themselves without agendas come and say: that I will soon turn 18 or 20 (with 18 you can now serve) and I want to serve the country”, – told in one of the military offices of the Zaporozhye region.

As noted in the Kharkiv regional state administration, as before, to send to the combat zone recruits will not. “About a month they will be trained in military disciplines. Go on special training, after which they will assume responsibility for ensuring public order in the Kharkiv region, as well as special tasks of the National guard,” as explained in HOGAN,.

After receiving the agenda Ukrainians have to arrive at a certain collection point and within the time specified in the subpoena. If the reservist was not on the agenda in voenkomat, are not reported to the police station about the change of residence, he faces a fine in the amount of UAH 85-119. For repeated violation – from UAH 170 to 255 hryvnias. By the way, according to the law, employers are required to inform the military about their employees of military age (part 4 of article 34 of the law of Ukraine “On military duty and military service” from 25.03. 1992 No. 2232-XII).

What else is waiting for the Ukrainians this year

After August following the call, according to the order of the President, will be held in October this year. The Cabinet needs a separate decree to determine how many people will be taken into the army during the autumn call-up, and how much it will cost the campaign. Recall that each conscript according to the law of material assistance in the amount of 3,200 USD. Most of the budget draft campaign spent on one-time help, approximately to 100 hryvnia per person get the military.

At the same time, the military mobilization in Ukraine, if not worsen the situation in the East of the country in 2017 will not. Instead of conscripts in the combat zone should serve contractors, noted in the Ministry of defence. Recall that in 2014, the year passed the first three waves of military mobilization. Then in the service called more than 105 thousand Ukrainians. In 2015 year, as was stated by the Minister of defence Stepan Poltorak, mobilized approximately 104 thousand people. The mobilization took place 210 days in three stages (fourth, fifth and sixth waves). As the speaker of the General staff of VSU Vladislav Seleznyov, just with 2014, the year called 210 thousand Ukrainians. 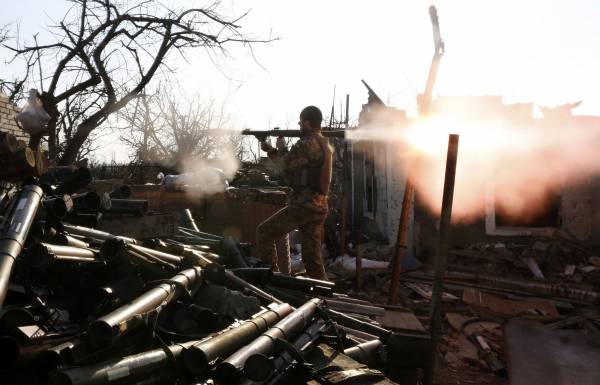 As has informed earlier “Today”, if against Ukraine will begin full-scale military operation, the Armed forces will primarily be those citizens who were called to the front during all stages of mobilization. In addition, the demobilized will also add the “conscripts” who served after 2014.

Serve recruits “conscripts” will be a year and a half, and those who have higher education – 12 months. By the way, this year to evade conscription will be more difficult. CEC, fiscal, border and migration service will report to the recruitment office information about where they live, work and how often I go abroad for men aged 17 to 60 years. The military can make requests to the tax, Universities, enterprises in order to gather the information they need. 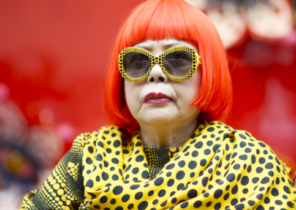