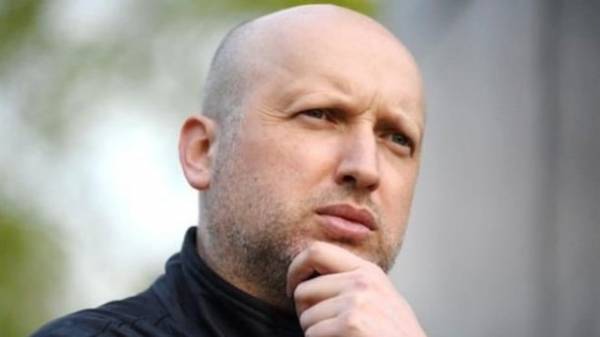 Secretary of the national security Council in defense of Ukraine Oleksandr Turchynov said that a large-scale cyber attack on the websites of the Ukrainian agencies is part of the hybrid war of Russia against Ukraine.

As reported in the press service of the national security Council, about this Turchynov said at a meeting of the National coordinating centre for cyber security.

In particular, it is noted that during the meeting was analyzed the last, the most powerful cyber attack on the information systems of the enterprises and departments of Ukraine, which began on June 27. The parties have discussed the effectiveness of the introduction of the Protocol the rapid response and cooperation between the State service of special communication and information protection of Ukraine, the security service and the postal and telecommunications during the anti-cyberagression.

Turchynov said that one of the mechanisms for the spread of a dangerous computer virus was a system software update accounting, reporting and document management.

“The spread of this computer virus and analysis of the hacking of information systems allows us to say that it is a component of a hybrid war waged by us against Russia,” – said the NSDC Secretary.

According to Turchynov, it is already possible to speak, as the spread cyber attack: “first and foremost, this was due to the system software update accounting, reporting and document management. Also involved was the hosting site of one of the Internet providers, which were issues at the SBU concerning cooperation with the Russian special services”.

“However, were widely used system of “grey Internet”, in particular, the possibility VPN, TOR, etc. that actively advertised on social media sites, access to which was banned by the decision of the national security Council,” – said Turchinov.