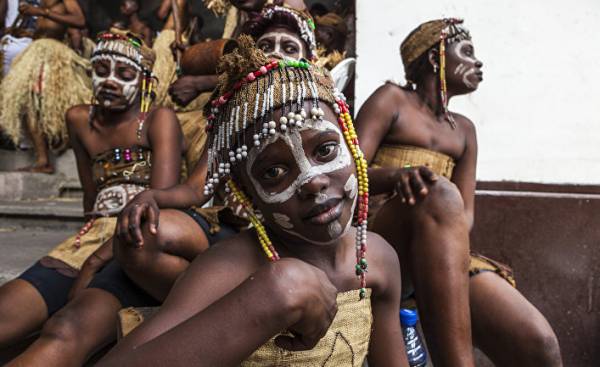 (dpa/NAN) — child soldiers in the Congo drank the blood of their victims in the course of a magical ritual, which according to local beliefs, was to make them invincible. This was announced on Friday, the Commission on human rights of the UN.

During a magical ritual groups of girls shaking their straw skirts, and drinking the blood of their victims.

According to the UN, many local residents believe in the magical powers of children, causing fear among many locals. “Probably, it is a common belief… part of the reason why poorly armed militia, a significant number of whom are children, are able for more than a year to contain the offensive of the national army”, — is emphasized in this report, based on interviews with 96 residents of the Congo fled from the violence in neighbouring Angola.

Refugees also reported that local security forces and other officials actively involved in the attacks, support them, and sometimes they lead.

The crisis in the province of Kasai broke out over the government’s refusal to grant official status to Jean-Pierre, Mandi (Jean-Pierre Mpandi), nicknamed Kamuina Nsapu, one of the traditional local leaders.

After that, Nandi formed voluntary groups which rebelled against the presence of the government.

He was killed in August of 2016, and after his death, there has been an escalation of violence. According to the Catholic Church and the UN, more than three thousand people were killed, about 1.3 million were forced to leave their homes and approximately 30 thousand people fled to Angola.

The UN officials found at least 80 mass graves in the province.