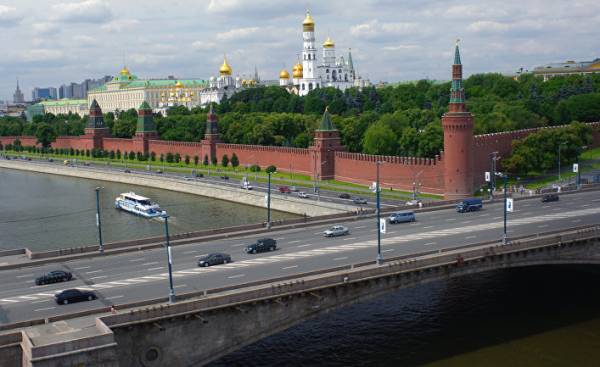 At the beginning of the 21st century relations between the United States and Russia were quite satisfactory. The American armed forces even used to fly to Afghanistan the Russian airspace. That all changed in 2008, when Russian, for example, bombed civilians in Georgia during the war, which officially was conducted in South Ossetia.

The Americans, despite all the problems with the Russian leadership, actively engaged and brought to a successful conclusion negotiations on a mutually beneficial trade relationship. Only American legislators (congressmen) on the initiative of the Republican party said that can not leave unpunished the obvious crimes committed in the framework of the Russian justice and the penal system. Therefore, the congressmen made a list of people who to a greater or lesser extent responsible for and has not investigated the mysterious death of a lawyer and auditor Sergei Magnitsky in a Russian prison. It happened in the “famous” detention facility, which also contained Nadia Savchenko and opposition politician Mikhail Khodorkovsky.

Thus began the so-called anti-Russian sanctions. But in fact, at first they weren’t anti-Russian, they were directed exclusively against specific Russians from the ruling class. Therefore it is better these sanctions are called “anti-Putin”.

The sanctions have begun to increase in 2014 due to the Russian occupation of the Crimea and city of Sevastopol. On the basis of guarantees given by several States, including Russia, in the framework of the Budapest Memorandum in 1994, these areas were to remain part of Ukraine. For that Russia “received” the entire Ukrainian nuclear Arsenal, which, however, after the occupation of Crimea was not returned. These sanctions have joined the European Union.

The circle of Russians suffering from the sanctions, has gradually expanded due to the continuing occupation, and the ill-concealed actions of the Russian army in Eastern Ukraine. From now on, the sanctions also touched dangerous industries and so-called dual-use goods (i.e. products that are potentially suitable for military purposes, etc.).

How did Russia react? She imposed a ban on imports to Russia of certain food products from the EU and several other countries. As a result, in Russia, of course, it has risen the price of conventional products. Thus, have suffered and continue to suffer mainly the poorest Russians.

The deterioration of relations also resulted in numerous Russian provocations in the territorial waters and the airspace of several European countries and prompted Russia to grant asylum to American traitor Edward Snowden, who first fled to China. Now Russia also tried to influence American elections, as reported by the US intelligence services and some prominent politicians. And this is, in fact, an act of aggression.

The current expansion of us sanctions against Russia, which in the end, objections signed even Donald trump (Republican), for strategic reasons touched upon energy. However, the Americans still adhere to the principle of targeted, selective sanctions that is different from the solid restrictions. Therefore, the Russian side is far from the truth when he tells us in their propaganda about a full-scale trade war.