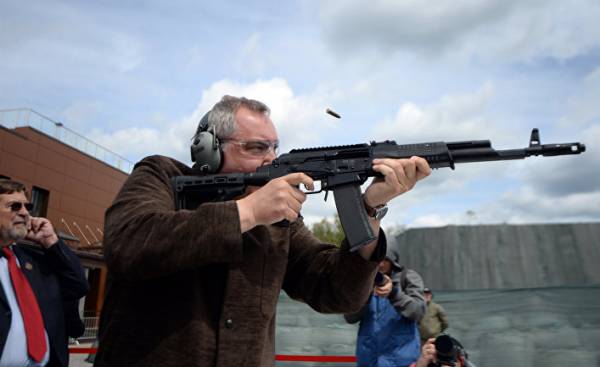 The Kremlin opened the season of pilgrimage to the places of occupation of a bad trip Rogozin to Moldova. Rogozin is well known that the government of Moldova expels from Chisinau airport to Russian imperialists, come to the Sabbath on the occasion of the 25 years of occupation of Transnistria. Therefore, the carcass Rogozin decided to pretend to be chuchelko a regular passenger to fly in such capacity to Chisinau, where it was supposed to get in your tuple, the Tsar Dodon, and to bring in Tiraspol. Brilliant plan — I think Rogozin and the FSB: the police against the “king” will not go. Went, the security services of Moldova and Romania the ingenious plan of the FSB broke and wrapped the plane with Rogozin and group cover on approach to Romania. Instead of Rogozin to land at the nearest airport in Budapest and continue the flight, the plane drove to Minsk for the second round and turned the “loop Rogozin”. Rogozin offended then long shouted about snakes, women and children. Nothing new — the warriors of Genghis Khan’s Empire also liked to hide behind other people’s women and children, which were driven in front of him on the assault of fortifications. International band of the Kremlin, seized 1/9 sushi, true to this tradition.

Rogozin threatened scared to punish Moldova and Romania for such treatment from his carcass and showed disrespect to the Empire, but was amazed to discover that can not do anything. Romania since the days of Ceausescu tries for General Affairs with the Kremlin not to have, so to punish her hard.

To punish Moldova, at a loss. The Kremlin has long Moldovans seduces with promises to buy them apples and wine, but on the condition that they will obey him and eventually come back to the Empire. “Chanovete” the Moldovans, as they are called the week — bargain: we’ll get you the wine and apples to sell, and the Empire will not go back? Or pretend that we will think about the return? The second option, many in Moldova are satisfied. If the Russians can eat apples only with the idea that they are grown in the gardens of the Empire, and that only thanks to their responsive government stupid Moldovans grow apples and make wine, figs with them. Moldovans are not sensitive to the Soviet jokes about yourself are accustomed, and come with, let the Russians think and say what they want, just not much rude and apples and wine to pay was not forgotten.

But the Kremlin is a Soviet fraud is not satisfied. The Kremlin demands that the Moldovans actively and enthusiastically wanted in the Empire, only to feed and water Moscow. Moldovans to live according to the scheme of the Kremlin do not particularly want to, so Moscow regularly punished their failure to buy apples and wine. Moldova used to it and learned to sell apples under the trademark “Made in Transnistria” or in Belarus, about the Kremlin know and accept. To punish the Moldovans again, and in the era of sanctions, Moscow is unprofitable — the Dodon rating will drop. Have to punish the women and children of Russia, which day and night thinks Rogozin, was to transport apples, and wine from Chile and Argentina more expensive than from Russia. To subsidize such shipments from the national welfare Fund of the Russian Federation is not obtained, as it was settled and on August 1 was merged with its reserve Fund. Putin did not pathetic to broadcast “there’s no Money but you keep”, and quietly signed a decree that both funds have in reality merge by February 1, 2018 and went to Tuva to fish. But Rogozin has managed on behalf of the Kremlin to promise to punish about Moldova.

The Kremlin is due to Rogozin appeared in an idiotic situation: I threatened to punish, and nakasuka not increased. Therefore, penal Rogozin, to blowing up to separate the values sent to the Crimea to accompany and bring the tails Medvedev, who was appointed in the Kremlin Navalny “whipping boy”. For Rogozin is in demotion and disgrace.

Dodon ordered to file a petition with the Duma about an ordinary person on its own behalf and behalf of all the Moldovans that they are not guilty, that is-that the government of Moldova declared Rogozin persona non grata, and humbly asking for Moldova is not to punish. “Think about an ordinary person” Dodon August 5 began to appear on news feeds. The Kremlin has little paused and forgive Moldova: will not try to refuse to buy her wine and apples. Gas Moldova is also not shut off, as Romania was pleased her sell — Gazprom three years it prevents, but because it is impossible to do such a gift to the Romanian “fascists”. All punishment will end with the speech of the Kremlin on bad Moldovan government and its good people, who missed the chiefs from Moscow.

The Kremlin is now constrained by: trying not to show fangs and to gain a foothold in the occupied territories. So began a series of propaganda tour of the occupied lands. Rogozin tried to fly in Transnistria, Medvedev sent to the Crimea to strengthen the belief that the Kremlin has the money is there, and the problem is only in the Crimea, who can not master them. Putin announced the trip to Abkhazia on the day of the invasion of Russian troops in Georgia, despite the fact that the date is not “round” or “square”.

But before it decided to fly to Tuva. Not so due to the fact that in the Moscow river with no fish, both because of the political situation and history of Tuva (Tyva), which for 25 years has existed de jure, as a sovereign state and was included in the USSR only in 1944. In a small Tuva with a population of 318 thousand people Russian make up only about 10%, and judging by the mass brawl on 3 August in the Ural Elan contract soldiers from Tuva and soldiers of the local garrison, the attitude towards them is negative.

Theoretically Tuva in the first group of regions, candidates for exit from the Russian Federation. Exit legally is facilitated by its history — it is not a state co-founder of the USSR — RSFSR, Ukraine, Belarus and the Transcaucasian Federation, why these three States in Belovezhskaya Pushcha in 1991 and legally annulled the Soviet Union. But Tuva in its historical and legal status is considered to be one of equal partners, joined the founding members. Link to the Imperial hierarchy of the peoples of the USSR cannot be taken into account. Output is facilitated by the shared border with Mongolia and proximity to China, which can promise investment and military protection Tuva. In the event of its exit. Such a Treaty against China in 1921 Tuva concluded with the RSFSR, and now can change ally. It is likely that China has already unofficially made such proposals for political management of Tuva, of the Imperials of the Russian Federation from 2016 ODA. suddenly began to honk on its possible “deposits”. So, Putin flew over the pike, and for seduction under the ear Tuva with promises of money and preferences.

Putin’s visit to Abkhazia, too, not only externally but also the internal political course of the Kremlin to defuse tension in the region. Requirements from Abkhazia of investment from Moscow in 2014 are becoming clearer, and the Kremlin has to maneuver in local conflicts and to dampen the wave of discontent with Moscow. After 9 years of occupation, it is obvious that Moscow has not fulfilled any of its promises to the Abkhazians. Not only did they lose financially in comparison with Georgia, but replaced with Russian administrative posts and in economic life of the Armenians. Their language replaced by Russian and Abkhaz steel theatrical horsemen, which, according to Soviet tradition, remembered only on the anniversary of the “liberation” from the Georgian yoke.

Now the Kremlin has decided to cover up the failures of their colonial policy of the pompous PR campaigns to the anniversaries of the “liberation”. In the Crimea this show is almost continuously the entire period of occupation, and in Transnistria and Abkhazia depressed Imperial audience decided to encourage action on the “high level”. Above Putin nowhere. Especially in a situation when the explosion at an army warehouse somehow killed two female tourists from St. Petersburg. What did the tourists in the warehouse is a mystery, may have increased their social responsibility.

The continuation of such actions in Russia may soon become numerous celebrations: the day of the capture of Kazan, the day of the conquest of Siberia, the day of the fall of Astrakhan, the day of the taking of Vyborg, day of reflection Chukchi-Koryak aggression and other “liberation.” Particularly remarkable is the first day of the conquest of the Crimea and the day of the Volga — Russian river. Only Russians persistently and regularly try to convince everyone that since the days of Pushkin “from frigid Finnish rock to fiery Tohidi” all this “Russian land” and periodically make different clarifications for certain areas in your poetry and song repertoire depending on the political situation. As the saying goes: “the Cat knows, whose fat ate”. In cases of failures they proudly sing: “we do not need the Turkish shore, and Africa we do not need”. But this is only until then, until it is clear that Angola and Africa can do some good.

When Europe was raging, the national revolution, shaped the nation and the Empire collapsed, the “gendarme of Europe” Russia tried as best I could, to slow down these processes. From the collapse of the Russian Empire saved urgent rebranding renamed the USSR and creation of the Second Russian Empire by the Communists. Since 1993 started the period of the Third Empire, and the Christian concept of the history of the third Empire is a reliable sign of the Apocalypse. If you omit the mysticism of Christianity, it is quite obvious that Russia has fallen behind and abandoned the social development at the level of the Imperial-tribal system.

Social evolution progressed in the West until the formation of Nations, of tribes and clans and at the turn of the twenty-first century has entered a new phase — the creation of the Union of the peoples of Europe. Ukraine is also involved in this process and Ukrainian nationalism was a natural, temporary reaction to the Imperial expansion of the Kremlin. Moscow stood in the way of progress as reactionary conservative education manage in the era of industrialism and globalization to produce cave archaism. The so-called Russian Federation for all criteria is a cancer on the body of the planet, and is subject to liquidation as methods of surgery and therapy. The latter is preferable.