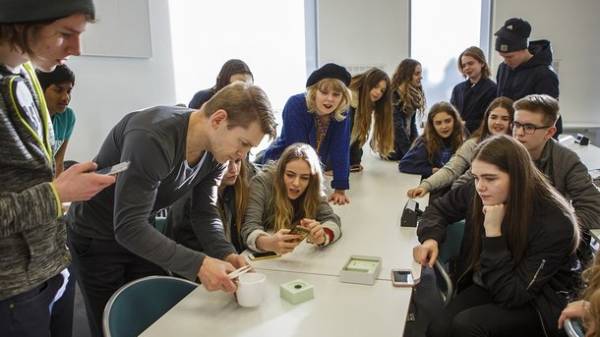 Iceland is a country with low unemployment and good environment. And trust in political institutions and high incomes make this country, despite the harsh climate, are quite comfortable for life. Education has its own advantages, attractive not only for Icelanders. About the features of the system of education in Iceland “Today” said our compatriot, the employee of the research center, Reykjavik University Victoria Sulger.

SINCE CHILDHOOD NO DIFFERENCES

The country has four levels of education. “The first kindergarten, where parents send their children to two years. It is believed that the child at this age needs to be “cut off” from our mothers and get used to independence. I, too, gave his son in the garden (they are funded by municipalities). First, it was noticeable that he misses his Mama. But the pastime of the pre-school is designed so that children do forget about the parents for a while. A convincing argument for many moms and dads is the opportunity to observe a group using video cameras or tape recorders are included (they are basically betting money parents). Making sure that children are used, the fixture is removed. Caregivers are very high-level (profession prestigious in the country). Never heard that the children had to raise his voice, even to the smallest are treated with respect and attention, – said Victoria. Another feature that catches the eye, – tolerance, which instill in children. For example, the group my son is an autistic boy. And the 5-6 years old children already know about its features, how to behave with him and what is the role of “aunt”, which is assigned to the boy.”

In the garden children learn to communicate, play and develop creativity. For this there are theme days (singing, dancing, modeling, etc.).

To the school children start to cook almost before graduating from kindergarten. The child should be able to hold a pen, trace the letters and play them the mark, and the names do not necessarily know. In 6 years all children go to school (without any examinations and tests), where learning under 16 (10 classes). Secondary education is compulsory, free of charge (private schools are, but they are few).

“The surprise to me was that children from 1st to 7th grade, one teacher teaches. He enjoys great respect among children and parents. These professionals are constantly improving (courses, seminars, etc.), travel a lot, including abroad, for them work supervisors and psychologists (in schools),” continued Victoria.

According to her, a separate teacher for each subject, appears from the 8th grade. There are schools where kids can learn all 10 years, and there are those where the study is only 7, then you need to find a new one to get a basic secondary education. Learning in schools on a 10-point system, and at the end of exams in virtually all subjects (Icelandic, Norwegian/Swedish, Danish, English languages, mathematics, etc.).

THE GYMNASIUM AT WILL

After the 10th class students can do in high school (this high school, from 16 to 20 years). Training in such institutions free of charge (fee for admission) and not mandatory. You can go to four areas: in-depth Humanities, propanepropylene (with the possibility of obtaining a working profession), mixed exact and humanitarian program and the special program of preparation for a specific specialty.

“To spend four years to study in high school makes sense. There is a high level of training, which in other places is difficult to obtain. Tutors or training centers, but they are not very popular. The inhabitants of Iceland live slowly. They do not seek as soon as possible to finish all possible schools and then get to work,” explained another Ukrainian living in Reykjavik, Svetlana.

According to her, in such places also is learning a lot of people with disabilities. “Due to the fact that they are brought up in society, and not isolated, as we have, these kids have a lot of knowledge at the level of children with normal development. They do not make big concessions, and they experience degrading pity,” – said Svetlana. By the way, these students mostly stop their education at this stage: employers hire them before others. 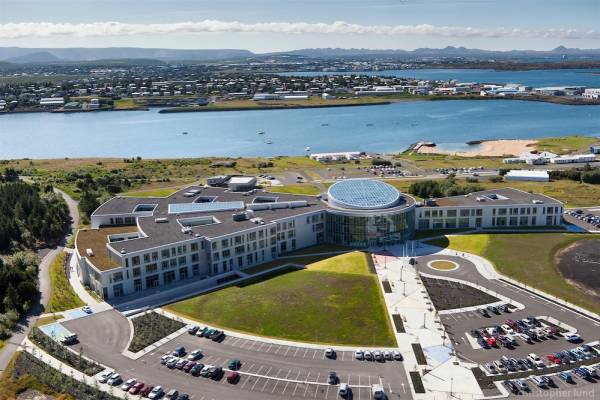 Reykjavik. The oldest school is depicted on the banknote of 500 CZK

Higher education in Iceland is mostly free (admission fee 150-200 euros and the purchase of textbooks). There are private universities, but they are few, and the cost of studying in them for residents of 5-15 thousand euros, and for foreigners – up to 35 thousand euros per year. The training is designed for 3-4 years.

To become a student, applicants need to pass entrance examinations in core subjects. A clear division into thematic groups between the Icelandic universities is not, as mostly they are secondary, not counting the one sellhouse and the Academy of arts. “A little easier for those who want to pursue higher education in technical disciplines. But if there is at least a little experience, you can even go for the interview. So, for example, did my eldest son to the Agricultural University of Iceland. Prior to that, he worked at a private farm,” – said Victoria Sulger.

THE LEARNING PROCESS. Like they teach in Ukraine, only the more industrious students. “Test the knowledge and the work done almost every day. Icelandic student is unlikely to tell the teacher that for several days he didn’t learn anything new, did not conduct experiments, studies, surveys, etc. Appreciated the knowledge that went to a student of his own work”, explains the interviewee. Nevertheless, not all students successfully graduating students – contribute up to 27%. As a rule, dismissed by academic failure may apply for re-admission to the University. Re-registration they shall pass those subjects in the first year of training received low scores.

TO GET THE MONEY. Due to the fact that studying on a paid Department is expensive, many people are trying to get a loan for training. “Back borrowed funds after graduation, get a job. But most are trying to find different kinds of scholarship programs which allow not only to engage in the program, but also to return the loans”, – says Victoria. According to her, hunting for grants and various scholarships available for studies is a standard thing for students of Iceland. 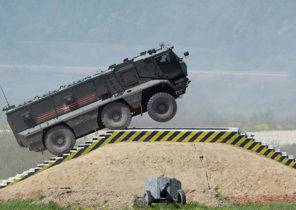