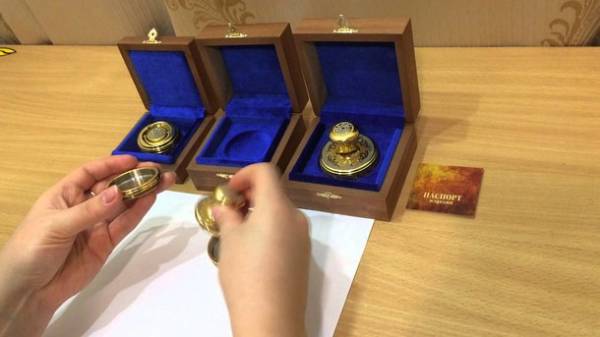 Did not have time in Ukraine, to cancel mandatory use of wet seals for business. (a law recently approved by the Verkhovna Rada), as the lawyers have already started to talk so how useful will this innovation for businesses and ordinary people. And found it not only advantages but also disadvantages, writes UBR.

Attempt to give up the seals in the Ukraine have been taken earlier. In 2014, MPs adopted a law providing some relief for business. But the obligatory presence of the seals on the documents remained in the many norms of special laws. The new version of the document abolished these inconsistencies.

The main goal of innovations is to simplify the work of the business. Now, state and local governments have no right to demand the presence of a seal on official documents. For violation of this rule introduces administrative liability and fines.

“For refusing to accept a document without printing, a penalty equal to 50 – 100 non-taxable minimum, and it 850-1700 hryvnia,” — said the managing partner of LC Prove Group Julia Repin.

Innovation who exactly will benefit, so it is the companies with international contracts. Ukrainian officials, checking foreign documents, often inhibited transaction due to the lack of seals, from which the West has long refused.

“On the borders will not stand for a product that did not miss because of the lack of prints on the accompanying documents non-residents”, — said Yulia Repina.

Businesses operating in the domestic market, will receive as a bonus savings on the manufacture of printing a few hundred hryvnia, and “relief” in litigation. Because now the lack of a wet print on the document will not be grounds for annulment. Now even the copy is sufficient signature of the Director or the authorized person. Moreover, and notarized copies are not always necessary.

“The main proof of the authenticity of the document was signed and its examination under the agreement”, — said the lawyer of the international law group “Metropol” Vladislav Chuprina.

Printing, of course, provides a higher level of protection against forgery of the document, admit lawyers. But he often exaggerated: printing you can lose, steal, use without the knowledge of management or business owners, to forge.

“There was a case when the company had two print — an original and a duplicate. They differed only in size by 0.5 mm. Sometimes used duplicate, and then argued that the contract was invalid. That is, printing can become a tool for fraud,” said Chuprin.

As said the lawyer, after the abolition of compulsory registration of seal impression in the interior Ministry in 2011 (it was checking the validity of print), its legal effect is greatly decreased.

Now the procedure of validation will be easier: it will be necessary to make an examination of the handwriting of the person authorized to sign the documents. However, the procedure is not cheap — from 2 thousand to 8 thousand UAH. and it lasts on average 30 days.

However, print still carries considerable risks, admit lawyers. The concept of “see print — believe” now will not work, so the business will look for new insurance. Repin believes that, as a minimum, the entrepreneur will have to study the appearance of all its partners and contractors, in order to calculate a figurehead.

But the main risk of cancellation of stamps — making it simpler for raids. Now the decision of the management body of the enterprise, the same Board of Directors, is not subject to bond and seal. At the same time the state Registrar is not required and not even have the authority to verify the signatures on the documents that they provided.

“I mean, anyone can code EDRPOU or company name to see who is a Director or signatory of the enterprise, and just “draw” solution, for example, to change the leadership, submit it to the state Registrar,” — said Repin.

Agree with my colleague and managing partner of JSC “Suprema Lex” Victor frost. “Seizures of enterprises will be simplified and will be massive. The essence of any raider attack — speed. And the absence of seals plays to the efficiency of the fraud. Enough to forge a Charter, writing that the company has no seal, to quickly register the document and bring valuable assets,” — said the expert.

Also, in the opinion of counsel, will increase the risks of banks in lending. After all, without the printing enterprise, especially with the financial institution of their own, it will be easier to collect a package of “fake” documents, and the Bank would not even be legal grounds to refuse to such borrower.

“The rules of law apply to the banks, and the construction market. After the law came into force, the NBU must bring its acts in compliance with the new requirements,” — said Gleb Segida.

For ordinary citizens, the abolition of wet seals must pass unnoticed, or almost unnoticed, promised by the lawyers. After all, in everyday life, Ukrainians are not so often faced with a business which falls under the legislative relief.

Most of the shops, without which citizens will not do, designed for individuals-entrepreneurs, and they’ve long got right to work without seals.

Warranty documents for a purchase in a conventional or online store the sellers do not use a seal, and a stamp. And the main document, which in the case of sale of defective goods, allows you to go to court, is a fiscal receipt.

But with regard to expensive purchases, here are possible nuances. For example, making a contract for the purchase of a car or apartment, it is better to be notarized, just to be sure.