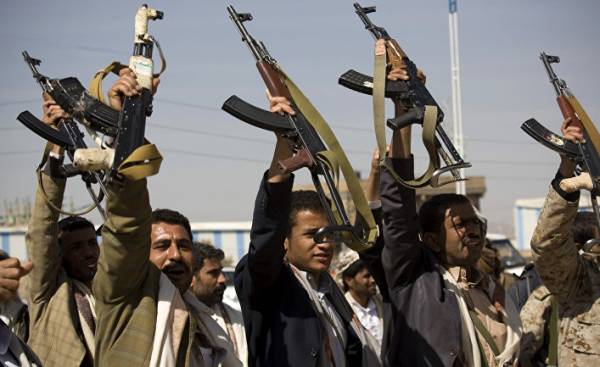 Today, experts in the field of international relations are increasingly analyze the changes in strategy of Russia for the Yemeni direction. They believe that Moscow is committed by means of wise diplomacy and persistent policy to become a player that can affect the outcome of the conflict in Yemen, using the experience gained in Libya and Syria, where she was a key figure, able to influence the future of these countries.

Evidence of this is the fact that on 13 July the President of Yemen Abd Rabbo Mansour Hadi appointed Yemen’s Ambassador in Moscow for the first time after the fall of the regime of former President Ali Abdullah Saleh in 2011. After the announcement of the appointment of the official news Agency SABA published a report, according to which the Yemeni President has sent to Moscow the new Ambassador Ahmed Salem al-Wahishi, with the aim of strengthening bilateral relations between Yemen and Russia, and they reach a higher level.

According to Russian sources, the appointment of a new Ambassador will give Moscow the opportunity to control the process of political settlement in Yemen. In addition, the restoration of normal diplomatic relations will allow Russian diplomats to act more freely in relationship with the state after a long period of confusion and uncertainty.

Sources, the approval by the Russian government solutions Hadi to appoint a new Ambassador of Yemen in Moscow, contrary to previous actions of Russia, when she refused to endorse the Yemeni Ambassador at the end of 2016. Then this step has negatively affected the conflict in Yemen, on the position of President Hadi and the newly established regional unions.

Western diplomatic sources confirmed that Russia’s agreement to accept the Ambassador, appointed Hadi, indicates a strategic shift in the approach of Moscow to the decision of the Yemeni question, namely the transition from criticism of the ongoing conflict to participate more actively in the search for diplomatic ways of resolving it.

According to some sources, the desire of Russia to facilitate cease-fire in Yemen may be associated with a strategic vision of its influence in the region and geo-strategic ambitions of Moscow in the middle East. The sources also noted that the change in the diplomatic approach of Russia to the situation in Yemen aimed at providing the necessary conditions to discuss the construction of a Russian naval base on the Yemeni shores in the future.

Although the foreign Ministry statement, made in February of this year, nothing was said about the creation of the naval base, this item is part of the Russian agenda. So, in 2009, Russian officials told local media outlets that the establishment of a naval base is a strategic goal of Russia in the medium term.

Military experts confirm that the project of establishing a naval base in Yemen for Russia is of strategic importance because it will open the exit to the Red sea and Strait of Bab-El-Mandeb, which connects the Red sea with the Gulf of Aden.

Informed sources in Moscow report that former President Ali Abdullah Saleh some years ago, expressed its readiness to provide Russia with guarantees for the construction of a naval base in Yemen. This idea may not cause objections from the Yemeni Alliance headed by the legitimate President of Yemen Abd Rabbo Mansour Hadi, and perhaps from its regional allies because it could become a factor hampering the implementation by Iran of its ambitions in Yemen.

Despite the fact that the United States has always sought to provide access to the Strait of Bab-El-Mandeb and install control and neutral position of Moscow with regard to the Yemeni crisis and the attempt to maintain good relations with all parties to the conflict, could provide Russia with some advantages when implementing your own strategy in Yemen. In addition, parties may be able to coexist in this country following the example of Russian-American cooperation on the Syrian track.

According to Western diplomatic sources, Moscow is trying to persuade the conflicting parties in Yemen that is a more reliable partner than the United States. With the help of those or other initiatives of Moscow plans to prove to the countries of the Middle East that she is able to fulfill its role as a leading power in cooperation with the United States, either alone, proving he is the more successful player than Washington.

Pointing to his years-long effort to resolve conflicts in Libya, Syria and Afghanistan through diplomacy, Moscow wants to use the same approach on the Yemeni direction. 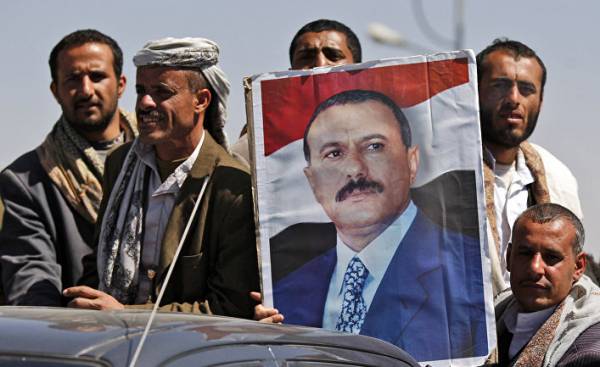 Experts believe that the current task of Russia is to ensure its influence on the balance of power in Yemen. They believe that with this purpose Russia may grant Ali Abdullah Saleh’s military support, especially as the former President promised to revive the Russian-Yemeni relations at a level where they were in the days of the Soviet Union. In addition, Moscow could establish relations with the Houthis, directly or through Iran, which will also allow it to be recognized by the parties to the conflict in Yemen.

According to Mark Katz, an expert in Russia’s policy in the middle East, countries of the region can come to terms with Moscow, including in Yemen and Syria. In this regard, we must note that Moscow is preparing to welcome the king of Saudi Arabia Salman bin Abdulaziz. It is expected that the subject of discussion will be the conflict in Yemen. The situation in this country is of great importance to the security of Saudi Arabia, especially from the point of view to counter the Iranian influence, while Moscow’s involvement in the Yemeni conflict will provide an opportunity to gain a foothold in the Red sea.