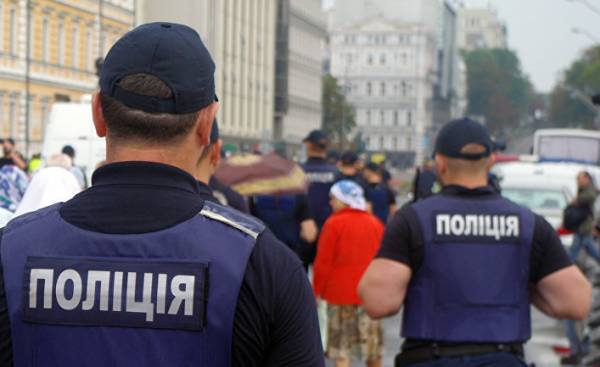 The crime situation in the country is not just alarming — is already close to panic. Not long ago a robbery was regarded as a serious emergency and was seen by police officers as a sort of challenge: they “dug the earth”, but found criminals. Now such crimes have become an ordinary thing — the bill was over a thousand attacks per month. However, to say that the police “does nothing”, it is impossible, however, there is information and complicity “financially interested” officials.

In today’s publication by the “observer” will tell about the situation in the regions, analyze the attack and give specific examples. Not to “awe”, and to draw attention to a colossal problem. And, of course, to warn the citizens.

The article used as the official data (police, Prosecutor’s office) and valuable information has been obtained from sources the “Internet options” in the criminal world and law enforcement. Of course, on the condition of anonymity.

Robberies occur in all regions of Ukraine, however, according to sources, least of all on the territory of Donetsk and Lugansk regions. There are several reasons: the saturation of the “border” area law enforcement and the military, as well as more hard and fast response to any emergency.

Do not forget that many representatives of the criminal world left as occupied territory, and with our part of the Donbass. The financial attractiveness of the region is quite low.

In the Donetsk region of such crimes “affect” is mostly credit / financial institution type “Shvidko Groshi”, etc., which operate in large cities — for example, Kramatorsk. The offender knows that such “offices” are guaranteed to have cash.

But the attacks with penetration in private homes in this region — a rarity.

Robberies occur in all regions of Ukraine, however, according to sources, least of all on the territory of Donetsk and Lugansk regions. There are several reasons: the saturation of the “border” area law enforcement and the military, as well as more hard and fast response to any emergency.

Do not forget that many representatives of the criminal world left as occupied territory, and with our part of the Donbass. The financial attractiveness of the region is quite low.

In the Donetsk region of such crimes “affect” is mostly credit / financial institution type “Shvidko Groshi”, etc., which operate in large cities — for example, Kramatorsk. The offender knows that such “offices” are guaranteed to have cash.

But the attacks with penetration in private homes in this region — a rarity.

On 11 July, robbery in Kiev. The entrepreneur left the Bank, got into his Skoda Rapid and have time to go literally 800 meters, as in kamyshinskiy to his car ran over several people in masks-balaclavas. Criminals first began to smash the rear window. The driver tried to fight with what was at hand — tourist hatchet, but one of the bandits took it and splashed into the victim from a gas canister, then began firing a pistol. The businessman was wounded. The prey of criminals, according to sources, “the observer”, was about 8 million.

Attacks on car to happen, of course, not only in Kiev. The main difference from robberies with penetration in private homes — that the “autoprestige” there is reliable information on transported funds. And that’s the way it was obtained is a separate issue.

Such robberies are most common in the suburbs, which was chosen for the life of the secured people. Not millionaires and billionaires, of course — they have serious security.

However, the choice of the object can be almost random: for example, “liked” cottage. Such a visual sign of “security” sometimes the work of a group of robbers.

Criminals pay attention to the presence/absence of alarms, and escape routes: a private house near a forest belt especially attractive.

In most cases the criminals attack at night or early in the morning when the owners of the house sleep: less witnesses and less likely to meet resistance. But sometimes attacks occur “in a forehead”: a day or evening.

One of those robberies were committed in Kyiv on 11 June. The criminals broke into the three-story mansion of one of the leaders of the Ukrainian representative of the international holding, whose headquarters is located in Zurich (Switzerland). Burglars in balaclavas and fatigues tied up the children and took the safe. The hosts (a married couple) at this time were near the guest house. Was loud music, because they have not heard anything. According to the source, “the observer”, the prey of criminals became about 450 thousand dollars.

And on June 22 robbery occurred in the village of Vita-Mail (Kiev Svyatoshinsky district, Kiev region). Four criminals in masks broke in the evening to the house of the General Director of the company, engaged in joiner’s and furniture production. The bandits were armed and threatened the victims of crime. The criminals beat the master of the house, tied him up and an elderly mother in law, and then took about 150 thousand hryvnias and disappeared.

EXCLUSIVE — AN INSIDE JOB

Such crimes are infrequent. Tell us about one. On June 19 in a five-star hotel Hyatt Regency Kyiv, which is located in the heart of the political and business capital of Ukraine, there was an assault. 24-year-old companion Stamp of a major international financial and industrial group at gunpoint tied up in the room.

According to a source, “the observer”, the offender threatened to kill the girl, took a collection of luxury jewelry, famous brands such as Cartier and Tiffany. He also profited a few pairs of Swiss watches, took Bank cards, documents and the contents of the safe.

The exact amount of stolen funds is a mystery.

Such crimes are committed by professionals: here there is thorough preparation. Well, for a 5-star hotel that offers luxury apartments and is a great place for business meetings, such state of emergency — a blow to the reputation. Needless to say, hotel security made a serious puncture.

WHEN A LEAD — DECLARATION

Criminals are using all means to obtain information that will help in the selection of the victim. Recently carefully monitor the electronic Declaration, which is available on the official website of the National Agency for prevention of corruption.

It happened in the case of robbery in Odessa. July 10, the criminals broke into the house of the Chairman of the Economic court and his wife. Spouses were tortured. The prey of robbers, according to a source, “the observer”, was about 11 thousand euros of this amount and has indicated he Relic in their Declaration.

On 25 July, the police detained 4 criminals. The police said that the detainees previously served in the ATO zone, and then “failed to find themselves in civilian life.” The attackers followed the judge more than six months, it is very carefully prepared and studied the smallest details of the daily routine of the victim.

The criminals are cynical and ruthless, the main thing — production. Not uncommon and robberies when the victims of old age. Will show you two emergency.

The first robbery in Cherkasy region on June 20. About two o’clock, three men pressed the window frame and attacked the sleeping women (68 and 80 years). Knitted construction clamps, beaten (one of the victims bruises and abrasions) and was threatened with a knife — wanting to know where to find savings. Booty bandits was about 50 thousand hryvnia. Having taken away money, criminals have disappeared. Women needed medical assistance.

Another incident occurred on July 24 in Odessa. Four criminals broke into the flat on Akademika Koroleva, where they attacked the sleeping couple. They brutally beat a man and a woman demanding to give money and valuables. Captured about 150 thousand hryvnia, the criminals fled. The police were called by neighbors after hearing the cries for help. The victims — 88 and 90.

LIFE HAS ITS PRICE

Some assaults “accompanied by” the use of violent methods. Of the victims not only literally knocked out the money, but does not disdain the use of stun guns, irons and soldering irons. Moreover, not sparing even the children.

May 11 in Vasylkiv, Kiev region, armed men in masks and camouflage uniforms entered the house of local entrepreneurs. In addition to the owners, married couple (husband of 56 years, his wife for 42 years), in the house was asleep at the time their 9-year-old son. The criminals beat all three. In the attack the bandits got about 8 thousand hryvnias.

In late may RAID on a private house in Stari Petrivtsi of Kyiv region ended in tragedy. Criminals in masks broke into the house and using plastic clamps tied 60-year-old owner of the house, his 64-year-old wife and 37-year-old son. All three had been beaten, demanding money. The woman did not survive the abuse and died.

The two men ended up in the hospital with injuries of varying severity. Prey of criminals were only… two thousand hryvnia.

23 March in the village. Hrebinky, Vasylkiv district in the house of farmers raided a few people in camouflage, who was tied up and then beat the owner and his wife. The man died from the beatings, and his wife was taken to hospital with severe head trauma. A few days later the woman died in the hospital.

STATISTICS FOR THE SIX MONTHS: INCREASE BY LEAPS AND BOUNDS

On the website of the General Prosecutor’s office has a section of statistical information. In the open access monthly laid out a full report — including criminal offenses.

To date, there is information for the six months of 2017 (July is still “processed”).

Based on official statistics, since the beginning of the year number of assaults in the country is growing steadily.

For January to June (inclusive) number of robberies in Ukraine has grown five times.