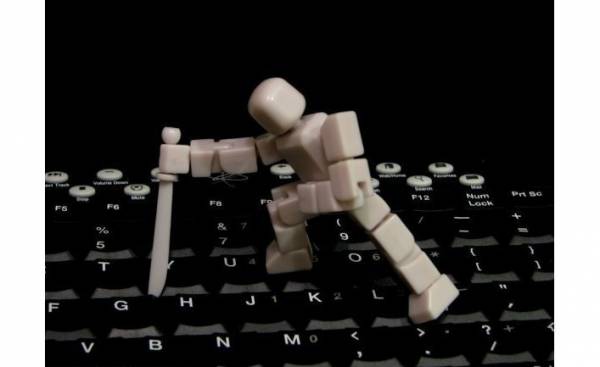 While people are being bullied, “Troll farms”, fake profiles and reviews on social networks, fake news in the media, the influence of different “satellites” and the like news portals on the minds and hearts of gullible Latvians, now in our eyes is a real hybrid warfare. And being effective.

Public opinion can be influenced only through the media, which specific part of the people trusts, including their own. Well, it is impossible to somehow affect Latvian publications “News” or stories of the “First Baltic channel”. Well, if he’s even aware of the existence of these media. On the contrary, in the explanatory use of the Latvian mass media, public attention and emotion (i.e. anger), you can quickly achieve progress in the desired direction.

For quite some time bpbk three consecutive years of wiretaps ainara of Slesers. Let this time will be out of the equation the question of why wiretapping was conducted only in one hotel, they had any reason to wiretap three years, why the whole Arsenal of operating funds available “Grabowski” Pinkerton in the finale gave just zilch. Criminal law result in this whole Saga was not there. But the negotiations were merged in the media, have raised political hype. And instead of the concrete official, if the court finds him guilty sit in jail, the hype has led to a “coup” and the dissolution of the Saeima. The idea of this knowledgeable people managed to convince the President. Originated the one — party Zatlers. Directors of the event came to power, was almost a coalition with the “Consent”, the President later sent to the political dustbin.

Today we got to the 2nd series of the events of 10 years ago. On the table again the old soup, slightly warmed. If failed once, why not try again? Novelty is new, purposefully selected fragments of conversations that proclaims a sufficient basis to demand the resignation of attorney General Eric Kallmeyer and Minister of agriculture Janis Duklavs.

Of course, each of us always carries including moral responsibility for any act or spoken word. But, in my opinion, the only political mistake Mr Duklavs is declared before the Congress of the Peasant Union ambitions to change the leadership in Augusta Brigmanis. Secretly recorded private conversations without legally backed by evidence are only recorded conversations. If you write everyday communication of any person for three years, I’m sure there would be not only to blush and turn pale. Professionals certainly be able to pick up any article.

Remember though, record conversations of journalist Ilze Jaunalksne made by the Financial police of the SRS. Were there drugs, and rude Russian swear words, and primitive mockery of Vaira Vike-Freiberga. Not to mention the fact that they clearly revealed the real working methods pure heart of the journalist.

Uncontrolled selected fragments protected by law, of information or at least paraphrase in the media here and now threatens the stability of the state and society much more than “companions” and “farm trolls.”

We can only wonder what the true purpose and interests of the people, in whose hands has this information, wonders what other names or positions included in the agenda. Striking political events of the last days — the resignation, allegations of new political parties, the tense rhetoric, unfortunately, lead to the conclusion that the political infighting among Latvians themselves threatens us is much stronger than the hand of Moscow. Anthill, or a Bank with spiders — as someone more like it is in motion. Alas, this level of permissiveness and legal nihilism, none of the senior officials did not have the courage to clearly say — stop, enough!

We are all drawn into the epicenter of a real hybrid war.