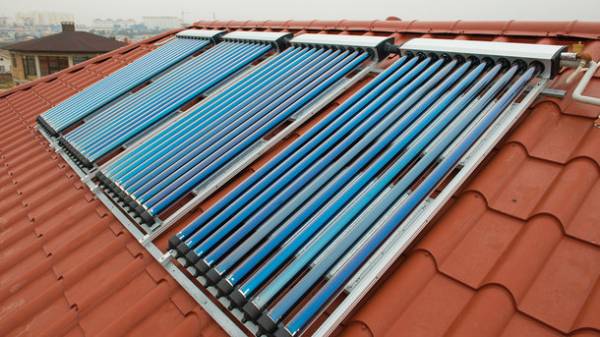 For three years the authorities are actively implementing the country’s reform of energy efficiency — in fact, according to experts, modernization of heating systems, insulation of walls and replacement of Windows allow Ukrainians to pay for komuslugi less than 50-70%. But in addition to the usual measures to improve the well-being of the housing stock, the population is implementing alternative projects. We are talking about installing solar panels and solar collectors. Is it efficient to use the sun’s energy in their homes, take care of “Today.”

PIONEERS. Initially alternative technology in his life decided to use the inhabitants of the private sector. According to statistics from the Saee, in April 2017 solar panel set of 1309 households. This is a good indicator, because at the beginning of 2016, this equipment was only in 244 houses. That is, for a year-plus the number of households with personal solar panels has grown five times! With the increasing demand became more and companies who install: now in Ukraine there are more than 100 companies, providing services on equipment selection and installation of solar plants in private houses under the key.

But despite the popularity of alternative energy, the population carefully takes the initiative for the installation of heliophila. According to the Saee, this spring “honors” in the realization of smart projects are Kyiv and Kyiv oblast (287 households), Dnipropetrovsk (122) and Ternopil (121), and “two” can be put in Luhansk (2 houses), Donetsk (12), and Zhytomyr (13) regions.

DOUBT. According to experts, the Ukrainians do not rush to install solar panels because of the high equipment cost, long payback period of the investment and the complex process of project implementation. “Yeah, installation is expensive. So one has to be sure that the investment will pay off. The authorities should guarantee people financial, Advisory and other support,” explains economist Ivan Nikitchenko.

These obstacles are actually overcome, according to the Saee: it conducts explanatory work among the population, and eliminating legal inconsistencies, developing a credit programme.

“The impetus was the enactment of a law whereby the limit was increased the installed capacity of the generating units of private households up to 30 kW, and the “green tariff” tied to the Euro. That is, households can sell surplus produce “green electricity” in the network at 18.09 cents (almost 5.5 UAH. — Ed.) per kW/h”, — specify in the Saee.

The Ministry noted that investment in the implementation of solar projects not as impressive: the station is 1-1,4 thousand Euro per kilowatt of installed capacity. “Installation of solar plants in private homes pays for itself in 6-10 years”, — said the Agency.

IN THE PROCESS. How to install solar power in the house and get the “green tariff”? The procedure is as follows. First you need to choose the equipment to carry out design calculation and purchase, in fact, the very solar power. Then it is necessary to install it, arrange installation and commissioning. Next, the home owner opens a current account in any Bank to transferred the funds from the sale of electricity by “green rates” and submits a package of documents to the regional Power with application notification scheme of the station and equipment data sheets. We need to organize and account for this buy bi-directional counter and paying Power companies for the arrangement of the metering unit. After you have to sign a contract for the sale of electricity from Power companies — and to sell electricity at “green tariff”. It looks like this: a bidirectional counter counts how much the household consumed electricity as given to the network. The difference is paid by the “green tariff” and the money in the Bank are received monthly.

A APARTMENT? Solar energy increasingly make use of associations of condominiums. Interesting experience with the use of solar collectors to heat water to Exactly implemented in 2016. Here representatives of condominiums of “My house” set of panels that concentrate the sun’s rays and heats the fluid in the middle of the “shield”. This coolant heats the hot water for the needs of the condominium. The project cost the tenants about 600 thousand UAH. This condominium is used Gosprogrammy 70h30, under what from the local budget recovered about 420 thousand UAH. The remaining 30% of his contribution of condominiums has issued so-called “warm credit.” In the end, after payment of the credit, the tenants in fact pay for the solar system within 120 thousand UAH. According to condominiums, the savings on water are already being felt, and in summer can be around 35%.

Interview with Deputy Prime Minister Vadim Pristayko: Russia’s Decision on annexation of Crimea and war in Donbas can be “turned off” back