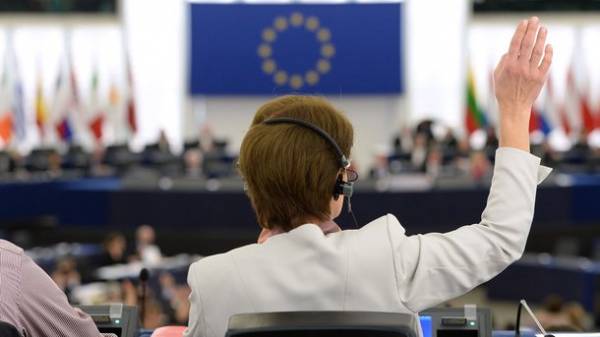 Very soon, our top officials and judges will be closer to international standards. The head of the national Agency on civil service Kostiantyn Vashchenko presented a new norm of the law on civil service, according to which all candidates for the position of officers of class “A” (state secretaries of ministries, heads of Central Executive authorities, heads of courts and others) should know one of the languages of the Council of Europe — English or French. The amendment will enter into force on 1 may 2018.

“Most of the issues now being decided in the negotiations not at the table, and on the sidelines. Officials should be able to without a translator to understand and to prove his point,” said Vashchenko.

“Today,” found out why this is necessary and whether the candidates for the nine months to learn the language from scratch.

Experts positively estimate an innovation, but points out that it is rather a fashion than a direct practical. For example, the Ukrainian diplomat and ex-foreign Minister Volodymyr Khandogiy believes that the rule in the first place is of cultural significance for the bureaucracy.

“Knowledge of a foreign language will help the higher officials to be on that high level, which assumes the rank of a civil servant, will allow them to quickly obtain information in a foreign language and read foreign press,” — said the diplomat.

But while Khandogiy and acknowledges that the translation during the meetings takes time, he stresses that knowledge of foreign languages civil servants will not rule out negotiating with the translator.

“To be able to speak a foreign language does not mean to be able to conduct a complex, serious negotiations on it. Therefore, the official meeting will be under the translation, even if the parties speak the same language — in order to avoid confusion and any misunderstanding. But in normal business negotiations between representatives of the various ministries and departments fluency in a foreign language can be used independently to optimize the time,” — said the diplomat.

THE CHANCES OF SUCCESS

We asked the experts whether there is a chance to learn a foreign language in 9 months from scratch and at what price. Language centers assure to “clean” intermediate “inglish” during this time is difficult, but possible. The course will naturally be intense — will have to do four times a week for two hours. One semester (one level) lasts a little more than two months, and all three of them. Three courses for one person will cost nearly 13 thousand hryvnias.

ALMOST 10 THOUSAND WITH THE LANGUAGE “FOR YOU”

At the same time, according to Konstantin Vashchenko, about six thousand candidates for public office have confirmed fluency in the national language, by presenting the corresponding results from certificates of secondary education or UPE. Four thousand people were certified in the Ukrainian language. Of them examination failed only 200 people.