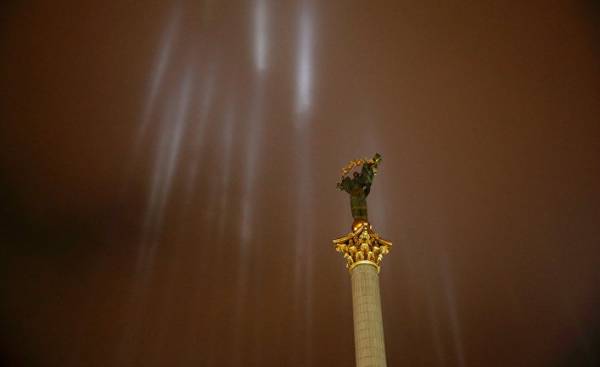 Georgia who survived the war with Russia has already begun to reset the relationship with Russia. Tbilisi and Moscow have reached a new agreement that allows the transit of Russian natural gas to Armenia through Georgia. Georgian realities very far from the Ukrainian due to the fact that the war in the Donbas is still going on. According to the latest poll by the Razumkov Center and the Fund “Democratic initiatives”, the majority of Ukrainian citizens believe that normalization of relations with Russia is possible, especially when there is a change of government (President) Russia (47%), provided the cessation of hostilities and the de-occupation of Donbass (43%) and subject to the return of annexed Crimea under the jurisdiction of Ukraine (31%). Almost half of Ukraine’s population (49%) believes that the normalization of relations between Ukraine and Russia is possible, but only in the long term. And almost a quarter of Ukrainian citizens in such a prospect did not believe at all (24%). Whether the normalization of Ukrainian-Russian relations, and under what circumstances, says political analyst International centre for policy studies (ICPS) Anatoly Artisyuk.

The next ten years, I think the normalization of Ukrainian-Russian relations is impossible. If we draw Parallels with the Georgian script, the normalization of relations can only be provided when a change of government in Ukraine. Relatively speaking, this is possible if the power in Ukraine shall be pragmatists. However, there is another radicalized part of politicians and society, which will not allow that pragmatics rapid steps to restore economic, political and cultural relations with Russia.

Another question is the status of the Crimea and the status of Donbass, that is, reintegration and de-occupation of these territories. If these issues are not resolved, they will continue to poison relations between the two countries. And you have to be suicidal to say that we are going to push some kind of idea of federalization, which previously insisted the Kremlin.

There is another option, which can improve the relationship between our countries is the integration of Russia into a greater Europe. It is clear that her worldview and civilisational model, the power structure of this turn of events is very unlikely and is thought of only in some far-distant future.

The Georgian scenario is the most optimal for the development of events in Ukraine. Even hypothetically, if Russia change of power, then, of course, the Pro-Russian forces would be very hard to influence the situation by improving relations with Ukraine. The Russians would have to affect economic cooperation, liberalization of the business, but the reverse process to cancel all previous decisions will be very difficult.

As for Georgia, Yes, the process of rapprochement supposedly is — but diplomatic relations are broken, the tourists go — but the power in the country supports the anti-Russian discourse. In the middle of the policy of the Georgia anti-Russian, and foreign policy is a demonstration of the intention of normalizing relations with Russia, particularly in the area of trade.

To the ice between Russia and Ukraine was broken, needs to be a change of government here in Ukraine, and there, in Russia. It would be the first step. Second step: the pragmatism of the society, which should be based on production capacity, to have something to trade with Russia. Considering that the Donbass are destroyed, our economy priorieties a few on the European market. In the end, we have nothing to trade with Russia, except for the military industry. But it’ll be very difficult to debug.

Meanwhile, we have a new generation of Ukrainians who will have completely different values. More recently, many who lived in Soviet heroes and myths, in every village there were monuments to the unknown soldier. And now everywhere there are monuments to the heroes of the ATO, now in Ukraine — their new characters, in particular, Heavenly hundred, involved in the fighting in the East. The country begins a logical cycle of the history of the formation of new myths, values, and ideological routes. We break all the old ties with Russia, which we had. War this really helped. Although, Yes, it had a negative economic impact, but the “bottom” we have already passed.

Power may change, but we need to see what happened in Georgia. It is necessary to consider that in the conflict between Tbilisi and Moscow lasted five days. And we have a war with Russia for how long? And what is the scope?

Ukrainian-Russian relations can improve is that, if Russia will give us the Kuban. Perhaps in one generation in Europe, if suddenly there will be a new round of crisis or chaos, then ripen the necessity of cooperation with Russia. Only then we can talk about the resumption of relations of Ukraine with Russia.

The Russians now do not recognize the deterioration of relations with Ukraine as a problem. Although not rule out that the request for some kind of economic cooperation can arise, because every war ends sooner or later the world.

Anatoly Artisyuk — the expert of the International centre for policy studies.