President of Turkmenistan Gurbanguly Berdimuhamedov dressed like Rambo to show the (alleged) skills as a sniper and knife-thrower. To the applause of a small group of military guards and, of course, before the television cameras of the state television the one who ordered that his “subjects” called it “Arcadia”, meaning “defender”, fires from a sniper rifle, a pistol and, finally, throw knifes in a target.

Not even worth mentioning that he always hits the nail on the head.

Not bad for a 60 year old doctor. Of course, we are dealing with a propaganda video, but it’s not just makes you wonder what these precise strikes caused no real military professionals Central Asian republics, and its Satrap.

The video, shown on Russian TV channel “Russia 24”, that seems to be something of a cross between a Hollywood war movie and a clip of the North Korean regime. Berdymukhamedov rides through the desert on the SUV, and as soon as he gets out, he immediately greeted, saluting, ten military officials. Then, without wasting a minute, the President demonstrates his incredible talent in the use of weapons in front of dumbstruck, applauding the soldiers. One of them section explains how to use a sniper rifle. He kept rather haughtily. In the end, attend the exercises of the Turkmen military forces, he leaves the autograph on the targets, where immortalized irrefutable proof of his military skills.

Some fragments of the beginning of the video where a muscular man lace up combat boots, put on the grenade himself and loads the gun, seem to be still installation, maybe even a sneer spread video Agency, “Chronicles of Turkmenistan”, including the fact that the left in the bottom of the screen there is no logo of the local state TV channel “Altyn Asyr”.

Anyway, the Russian media, which was already used to sporting, hunting and even archaeological achievements of Putin, is not expressed respect to the Turkmen Satrap, and the TV channel “Vesti” even dubbed him “Terminatorom”.

Berdimuhamedov, of course, hard to call a person, not prone to narcissism. A couple of years ago, guided, obviously, by the example of his predecessor, Saparmurat Niyazov, he was ordered to deliver to Turkmenistan’s capital Ashgabat six-meter statue, plated with 24K gold. The sculptor depicted him on horseback, which stands on a huge pedestal of white stone, in the hands of the President holds a dove.

However, the dictator in charge of the regime, which Human rights organization Human Rights Watch calls “one of the most repressive in the world”, first of all, the power of love. He saves her from 2006 and in February of last year were re-elected for a third consecutive term with overwhelming and a little similar to the truth the result, having — according to official figures — 98% of the vote. And, most importantly, to avoid obstacles for life-long presidency in 2016, it extended the mandate of the head of state from five to seven years, abolishing the age limit to 70 years.

Berdymukhamedov was elected President in 2006 after the death of “Turkmenbashi” (“father of Turkmen”) Saparmurat Niyazov, being, as they say, his illegitimate son. Some people, however, believe that this rumor was spread by Berdymukhammedov himself to strengthen his authority. 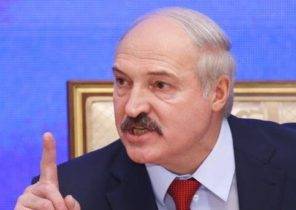 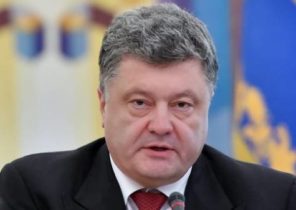 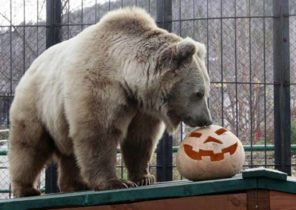