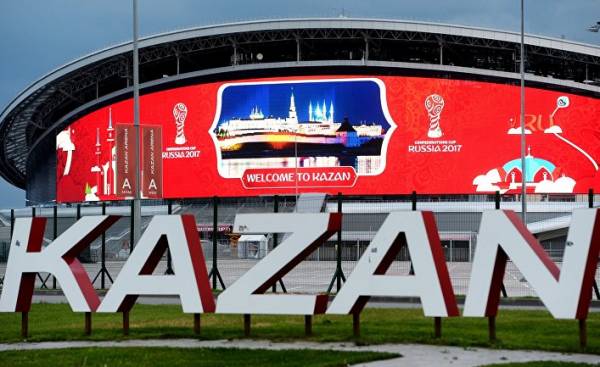 Credo Yevgeny Roizman is simple and intuitive. “Our problems, as it is to blame only ourselves”. This creed, although Roizman and did not mention the President, at the same time becomes a phrase directed at Putin. It implies that for the problems of Russian society and government leaders to a lesser extent the responsibility of the West, causing difficulties for Russia, not to blame nor the European Union nor the United States nor NATO. Roizman was an unexpected winner in the Russian regional elections in September 2013.

In Yekaterinburg, in the Urals, in his hometown, he won as the candidate of the liberal platform a simple majority of votes on elections of the mayor. 54-year-old politician — historian on the family tradition, sometimes a poet, sometimes marathoner and trader icons by occupation — by the beginning of the century became popular as a leading activist of the tough anti-drug campaign. As mayor, he remains close to the people, continuously advises visitors and takes asylum, finds time for foreign guests.

The following year, the Yekaterinburg, the fourth largest city in Russia with approximately 1.5 million inhabitants, will be one of 11 venues of the world Cup, the most Eastern of them. Of course, Roizman sees the chance to open a country and the openness of its citizens towards visitors from around the world: “the guests should be the best impression”. Central stadium renovation will cost about 186 million euros and which should accommodate up to 35 thousand spectators, according to the mayor, will be ready by the end of the year: a postmodern jewel of the city with renovated facades in the neoclassical style of Soviet times.

To Finance the repairs of the Moscow Treasury. The construction site will involve foreign workers, including from North Korea. For Roizman’s not a problem. The fact that he is politically in opposition to Putin, does not affect its anticipation of the upcoming tournament. His critical and unwavering patriotism is contagious. In addition, currently in Russia there are no problems with anti-Semitism, said Russian Jew Roizman. Let him be right.

As Moscow and Saint-Petersburg, Ekaterinburg stands for the continuity of the memory of the tragedies of Russian history and, consequently, for continuity of cultural memory. This also applies to the October revolution of 1917 in tsarist era and the Soviet era and even the transition to the Russian Federation in the early 1990-ies. Not far from Ekaterinburg on the road in about 40 kilometers the symbolic border between Europe and Asia, a branch of the highway leading to the memorial to the victims of Stalin’s regime killed during the terror of 1937 and 1938: “Here lie — you can read on the plaque, the remains of 18 thousand dead innocent shot of our compatriots. The truth about the mass graves and the cause of death was hidden for many years”. It must be noted that the memorial seems unfinished, preliminary version, state subsidies, according to rumors, is still suspended. Portraits of Stalin on coffee cups, ashtrays and other knick-knacks in almost every gift shop.

As in almost every city in front of city hall Roizman is a large monument to Lenin on a high pedestal. There is a monument and former colleague of Lenin and Yakov Sverdlov. In his honor Yekaterinburg from 1924 to 1991 it was called Sverdlovsk, and was closed to foreigners because of its military-industrial complexes. It Sverdlov in 1918 ordered deported Tsar Nicholas II and his family from Moscow to Yekaterinburg and kill them in the night from 16 to 17 July 1918. In 1977, Boris Yeltsin, at that time Secretary of the city Committee of the party in Yekaterinburg, was demolished by order of the Politburo of the Ipatiev house, the scene of the crime because he had a “lack of historical significance.” Orthodox Archbishop Vikenty has consecrated erected there in 2003, the Church on spilled Blood, which has since become a place of mass pilgrimage to the Church canonized the Romanovs.

In 2015, eight years after his death, Boris Yeltsin, too, came back to his hometown. As large as the statue of Lenin in front of city hall, the stele Yeltsin faces a powerful input cascade of the Museum. Indirectly, it points to another rather gloomy memorial of the city “mafia cemetery” where are buried with the luxury of the leaders and henchmen of criminal groups “Center” and “Uralmash”. They were killing each other during wars, groups of 90-ies. In 1991 Yeltsin, the Russian President, abolished the Soviet Union and later tried using a voucher to transfer to the state property in private. That, on the one hand, allowed the rise of the oligarchs, and led to severe economic crisis and a sharp rise in crime. Temporary anarchy strengthened the mafia.

Only steps from the graves of the mafia are two simple monument “In memory of German prisoners of war and internees”. A quarter of a million soldiers of the Wehrmacht, but also, says Roizman, “a large number of Nazis SS”, until the mid 50-ies participated in the forced restoration of Yekaterinburg, their achievements can be seen today and appreciate, adds the mayor. The fact that this fall comes the hundredth anniversary of the October revolution, and the next summer — the murder of the Royal family, it does not seem special events. “In any case, there is nothing to celebrate,” he says, he has enough to deal with present and future.

800 kilometers southwest of Yekaterinburg, located in Kazan, is also a metropolis, the capital of the Republic of Tatarstan and the centre of Russian Islam. Its suitability for the championship of the world “Kazan arena” stadium with a capacity of 45 thousand spectators, with the world’s largest media façade, proved successful during the recently held confederations Cup. It hosted four matches. No trouble, no bullies, everything worked perfectly. Logistics well established. While Kazan have yet to experience with more international audience.

At the confederations Cup, a notable group of several thousand Chileans were in Western Russia, Portuguese, Mexicans, Australians, Africans and new Zealanders were absent. German fans was not enough, because we have a tournament in advance has been declared as optional. Blunder. Russia is well organized and free of conflicts and fights, the course of events was extremely necessary and useful training before next year. The fact that 16 games on average accounted for almost 40 thousand spectators, spoke in favor of the local audience, especially as the team, the Russian team, she was not pleased.

Kazan is a good example of how sports events contribute to the development of the city. In 2013, there was held the Universiade, 2014 world fencing Championships, 2015 world Championships in swimming. Built or updated for this sports facilities in any case not idle, but used by clubs in the city and region, as well as for all sorts of commercial and leisure activities. Without that Kazan, the economic heavyweight of the Russian Federation, thanks to Aeronautics, chemical and oil industry on the eve of the millennial anniversary of the city marked in 2005, achieved a striking recovery. Was running subway, the new building of the Tatar Ministry of agriculture looks like a nice and even somewhat luxurious copy of Romanov Palace of the XVIII century.

The one who during the upcoming world Cup will want to move relatively quickly within the West of Russia, will choose for this plane. Because the TRANS-Siberian route of the state Railways on the way from Ekaterinburg to Kazan will take about 13 hours, from Kazan to Moscow is 11 hours, from Moscow to St. Petersburg by speed train Sapsan — 4. If you want to get from St. Petersburg in the North to Sochi in the Black sea will have to rely on a half day journey. Now the train trip across Russia, and especially on the TRANS-Siberian road is only conditionally associated with overcoming a particular route. This is a completely original method of movement that does not care about what is in the way and time.

As bait it should be added that owners of personal football ticket — and the other at the world championship will not be on a Playground train will get free. This proposal had already been tested during the confederations Cup. And well-proven.

Next year will be possible again to visit Moscow, at the moment this idea is better to leave. Because the city never cliche has never been so accurate — it is a single building site. Hard to find driveway to the street, which would not be extremely narrowed, metro station, the entrance of which would not be surrounded by construction fence. Even great Cycling Hiking trail that leads from the University along the Moscow river to Gorky Park, for the most part closed.

It seems that the already globalized Moscow was modernizing itself struggling. Which is surprising, because everywhere I hear complaints about the mass restrictions, which began after the introduction of Western sanctions against the country. The traveler can’t see them. For construction companies and their clients, nothing seems to have changed. Especially known because of the many bankruptcies of construction on the site of the demolished in 2006, the hotel “Russia” six thousand, at least by the beginning of September should be partially completed. Not far from the Kremlin appears Zaryadye Park with four natural landscape zones of Russia: steppe, meadow, forest and tundra.

Saint Petersburg every summer, crowded with tourists: five on the official and unofficial eight million inhabitants approximately five million visitors. To the Russian and foreign travellers and passengers of a huge cruise ships ashore on the island which inevitably leads on the route to the Winter Palace, Church on spilled Blood, Peter and Paul fortress and the Catherine Palace in Tsarskoye Selo, join a giant group of China, which attracts balalaika. Exciting to the sky rushed eight pillars of the roof open to the confederations Cup, stadium on Krestovsky island: not only natural reason for the vanity of Putin on the eve of the world Cup in his home city but also the undisputed example of a successful architecture of the arena.

Hence, with external galleries, and offers a different view of the illuminated night hanging road bridges with a length of almost three kilometers and on the outskirts of the city. Here about four weeks ago Joachim löw (Joachim Löw) and advance written off as a “B” team, 11 of these men were winners. In connection with the final to have a chance after midnight on one of the many boats to catch to catch the rest of the glow of those white nights that give St. Petersburg unearthly features.