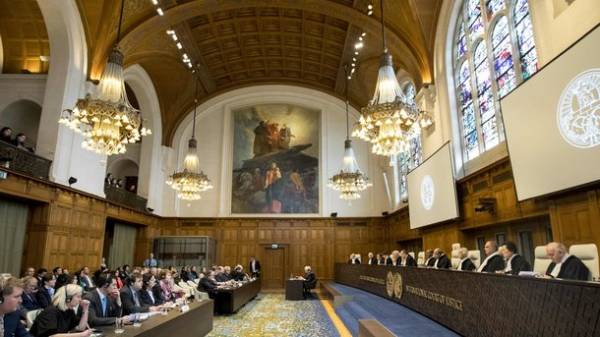 The international court of justice in the Hague the day before, 19 April, adopted the first decision under the claim of Ukraine against Russia. The claim is satisfied only partially.

Kiev failed to achieve the recognition that Moscow is financing terrorism in the Donbas. Don’t have enough evidence. But the court ruled that the Russian Federation in the occupied Crimea must refrain from imposing restrictions regarding the Crimean Tatars, to allow the activities of the Mejlis of the Crimean Tatar people and to provide education in the Ukrainian language.

Due to the fact that the claim was not fully satisfied, in social networks, raised a wave of indignation. However, many Russian politicians and bloggers have stated that not everything is as bad as it seems, Ukraine is on the right track.

Have Gas we otrimali bagataway rsena, after oboh at the ship’s patwah of Ukraine to the Russian Federation Bula Vijnana the jurisdiction of the International court of justice pic.twitter.com/kYhKzNHgLI

The court of justice pointed out the inadmissibility of prohibition of Assembly and access to education in the Ukrainian language in Crimea. And in the Donets basin referred to the “Minsk” pic.twitter.com/b8zFWHqMCo

Posluhaev on the mirror things only. Said scho TSE for us rsena court Peremoga, Bo smut scho visnaw court jurisdiction under the conventions.

According to the International court of justice in Ggage.
1. The court took the case to – this is important.
2. Restrictions under the Convention on discrimination of races accepted