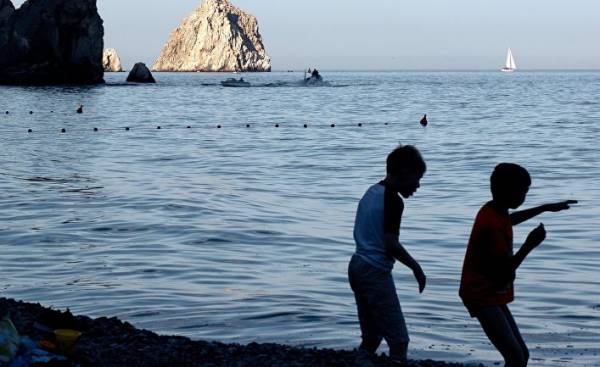 In Russia annexed the Crimea are going to erect a monument to the Communist dictator of Cuba Fidel Castro. Question than Fidel scored the Crimea, and why residents should be grateful that one of the worst tyrants of the twentieth century, I would have left out of the equation. Fidel is really worth to stand in the Crimea — at least, in the years of rapid transformation of the occupied Peninsula in the next “island of freedom”, says Vitaly Portnikov.

Cuba after the coming to power of Castro and the Crimea, Putin seized and given to feeding Aksenov and other “goblins” are very similar. I will not say that until the reign of Castro, Cuba was a rich prosperous country — but at least she had the chance. Especially after the democratically minded public in Havana overthrew the dictatorship of Fulgencio Batista and decided to proceed with the restoration of democracy.

The emergence in the Cuban capital “polite green men” headed by Castro and cruel fanatic Che Guevara, the idol crazy “leftists” all over the world, everything changed. Cuba lost the chance. Just a few years, Castro transformed the island in the abandoned poverty-stricken province, the main dream of the residents which has become an escape to sparkling shores of neighboring Florida, the real free world. Castro has turned Cubans into a nation of dependents who consistently lived in the Soviet, Chinese, Venezuelan handouts. He weaned compatriots from work, from creation, from development, from a dream — so it was fruit. He had almost turned his island into a new Sarajevo, a stage to start a Third world war. Then the world was saved by the prudence of Kennedy and Khrushchev, but Castro never forgave the Soviet leader of “treachery”. His indignation in connection with refusal of the Kremlin from the missiles in Cuba is akin to the irrational claims that Russian chauvinists are bringing Khrushchev in the Crimea gave to Ukraine, because the embroidery went!

In the Crimea after the occupation, there is something similar. I will not argue that before the annexation of the Peninsula was the Crimea Ukrainian was sick all diseases, but in addition was still a criminal epicenter. But, at least, the Peninsula had a chance, especially after cleaning of the Maidan victory over Yanukovych’s regime. However, the emergence of “polite green men” all had changed, except that the scale of the invasion are difficult to compare with the Cuban — Aksenov from the same Castro as Girkin of Che Guevara! Nevertheless, even these people — now a political nonentity, thanks to support from the Kremlin was able to deprive the Peninsula of the future. Crimea our eyes is transformed in the abandoned poverty-stricken province: withers agriculture, investments disappear, cease to feed the holiday season. Like the Cubans, Crimeans turn into dependency, dependent on handouts from Moscow. History repeats itself as farce — except that of escape from the Peninsula do not need to take such superhuman effort how to escape from Cuba. But this is now.

So Fidel Castro can indeed be immortalized in the Crimea, he will become a monument of despair and shame. Let put. When Crimea returns to Ukraine, the Crimeans will be demolished and this idol, and “polite green men”, and Lenin, and all other evil spirits, which the occupiers leave and put on the streets of the Peninsula.

Each new dismantle the stone stuff will be shared nationwide holiday release.