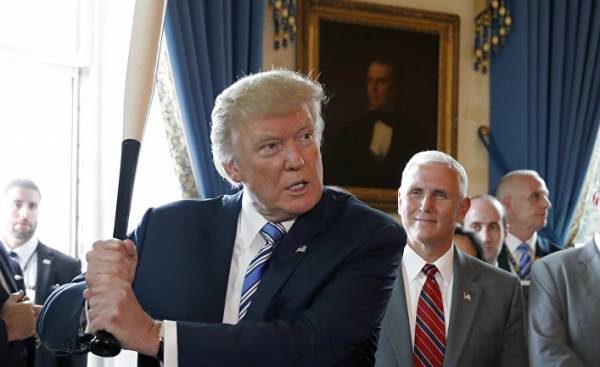 According to analysts, as the President of trump tends to take matters into his own hands, he having unnecessary legal problems. The most recent example they point to an article about what the President had personally dictated the misleading statement about the meeting of his eldest son with a Russian lawyer in 2016.

Although, according to experts in the field of law, if it turns out that it actually took place, these actions will not qualify as a crime. But they add fuel to the fire, the more accelerated the scandal associated with the ongoing investigation, which conducts special Prosecutor Robert Mueller (Robert Mueller). Besides, the Prosecutor will have the opportunity to interrogate still other White House officials about a possible relationship between the actions of the members of the electoral headquarters of the trump and attempts to interfere in Russia’s presidential election.

The Washington Post reported Monday that last month, while in Germany at the summit of “Big twenty”, trump has intervened in the debate, during which his advisers discussed how to respond to the request of The New York Times about meeting Donald trump Jr. with a Russian lawyer Natalia Veselnitskaya. As the article says, the President instructed the officials to make a statement, according to which during the meeting they discussed the adoption of Russian orphans, not about the presidential campaign or any other election related cases.

Later, the President’s son published e-mails from which it became clear that he agreed to the meeting because he believed that counsel had information from the Russian government, which could compromise the candidate in presidents from democratic party Hillary Clinton.

“Assuming all this is true, the first thing that attracts attention is the number of people in the field of view of the special Prosecutor — said the lawyer Bradley moss (Bradley Moss), which deals with cases involving national security. — For the President this creates at least a political problem. It looks awful”.

As stated in an article published in The Washington Post, at the initial stage of preparation of the application intermediary between the President and his son was the Director of strategic communications in the administration of President hope Hicks (Hicks Hope).

“At least, she will ask questions about the extent of her involvement,” said moss, speaking of the probability that investigators will try to find out more about about interactions.

According to law Professor from George Washington University Jonathan Turley (Jonathan Turley), the preparation of misleading statements is illegal.

“Otherwise, half of Washington would be in jail, pointedly noted Mr. Ter on Tuesday in an interview with C-Span.

But when it comes to the investigations of the special Prosecutor, the President because of his involvement may be in the area of legal risk, he said.

“There were allegations that the President has already put pressure on officials of the Cabinet, to stop an independent investigation. In this context, then he took the liberty and decided to personally specify how to respond to the most damaging reveal information relating to the investigation of the “Russian case”. “It’s really amazing, — said Ter. — And it is possible that there will be a legitimate charge that was an attempt to mislead, and the special Prosecutor might say, “I want to know why””.

The article attracted the attention, at least, one member who works in two committees, is currently conducting parallel investigations of the case of the intervention of Russia in election.

“It will play a role when it comes to consideration in the full Committee, said Tuesday in an interview with CNN, Senator Dianne Feinstein (Dianne Feinstein), who is simultaneously a member of two Senate committees — on intelligence and law. — If it turns out that all it was, I think it will cause serious concern”.

The article, of course, put in the difficult position of press Secretary of the White house Sarah Huckabee Sanders (Sarah Huckabee Sanders), which on Tuesday expressed its disagreement with what the article says. She stated that President trump “not dictated” statement, and that any “inaccuracies” in the original statement.

“The President intervened and expressed his opinion, as any father would do, on the basis that he did not have enough information,” said Sanders.

She also criticized the media for what they “fixated” on this story with Russia, but not pay attention on the relationship of the Clintons with Russia.

“You guys want to create a story that doesn’t exist,” she said.

In the initial statement of Donald trump, Jr. about the meeting said: “We primarily discussed the adoption of Russian children, which operated a few years ago and was popular among the American family and which was suspended by decision of the Russian authorities. But then the theme of the election campaign was not discussed, and in the future this topic was not discussed”.

A few days later he published e-mails for June 2016, including correspondence between trump Jr. and Rob Goldstone (Rob Goldstone), a former British journalist and a friend of trump, who held a meeting with Natalia Veselnitskaya held on the ninth of June.

In a letter from Goldstone States that “the public Prosecutor of Russia” met with the former business partner of Donald trump Sr. and “proposed that the electoral headquarters of the trump some official documents and information, which could become the basis for the prosecution of Hillary, revelations of her ties with Russia and would be very useful for your father.”

“This, of course, the information is very high level and very delicate, but it is part of the support for the candidacy of trump Russia and its government,” wrote Goldstone. 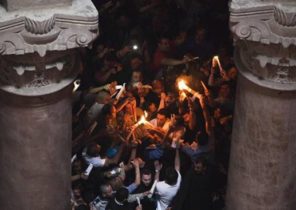