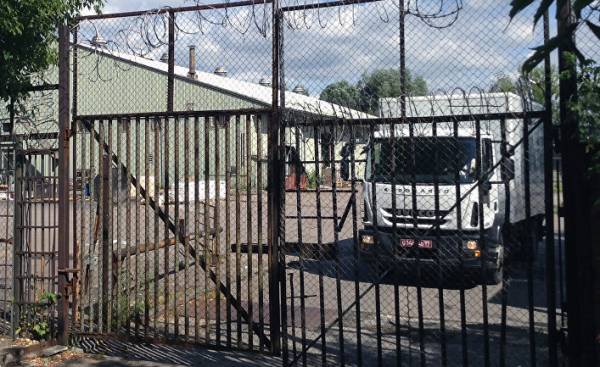 In the Russian capital Moscow at the U.S. Embassy is only a few hours in order to free up two buildings that were available to diplomats for many years.

“Americans need to calm down”, — said the pensioner Alla, believes that in the ensuing crisis to blame the United States.

The correspondent NRK met Alla and her friend on the way to the bus that will take them in the Silver forest, a famous vacation spot on the banks of the Moscow river in Western Moscow.

Only a few hundred meters from the bus stop on the street of Taman is a large building that American Embassy had been used for many years — there rested the Embassy staff.

Today in front of the big entrance gate house at Taman 107A quiet. All seem to have become extinct, through a small hole in the gate you can look to the territory which the Americans could dispose of as their property — until today.

The location is only a couple of teams from Russian television keep track of what is happening.

“I’m sorry that this is happening,” says Tamara, removed branches and debris on the sidewalk in front of the building, which the Americans used to stay.

“We should avoid situations such as this,” she says, without entering into a debate about who is to blame for what happened.

“Today nothing happened” — says one of the technical staff correspondent NRK.

Its mission is to provide the live broadcast for Russian TV, as the drama around the diplomatic war between the US and Russia still dominates the news programs.

On Friday, the Russian foreign Ministry in a video recorded in Russian and English, has been informed that the United States will have to reduce the staff of diplomatic missions in Russia to 455 persons — that is, the same number that works in the Embassy and consulates of Russia in the United States.

In addition, the Americans were given three days to vacate the place of rest, known as dacha in Serebryany Bor, and a large storage room on the street Road in the South of Moscow.

When the correspondent NRK on Monday afternoon visited the warehouse, it was obvious that the removal of the property were there full swing.

Trucks and other cars with red diplomatic plates drove in and out through the well guarded gate. Here, too, there was no shortage of representatives of Russian TV channels, the locking occurring. But probably the American Embassy was prepared to ensure that something like this can happen.

Already on the eve of New year, Russian officials have indicated that they will close the warehouses and giving in response to what the United States has closed two of the destinations that Russian diplomats used on the East coast of the United States.

In addition, 35 was expelled Russian diplomats after Russia was accused of interfering in the American election campaign.

To everyone’s surprise, Russian President Vladimir Putin chose at that time not to respond to U.S. punitive measures. He wanted to give the administration the new American President a chance to fix relations with Russia.

But now Putin’s patience came to an end, the last straw was the decision on new sanctions adopted by the Congress and the Senate.

Although these documents are signed by the President Donald trump, Russia chose to react as if they have already entered into force. Closed not only giving and warehouses, to leave Russia will have more than 750 staff of those diplomatic missions that the United States have in the country.

We, the Russian people are good

In Silverpine forest on our companion Alla believes that what is happening now is incomprehensible.

“If Americans were wise, they would have ceased to be angry with Russia. Russia and we, Russians are good people. We do not want war, throughout history, we never started any wars”.

NRK: that is, in this situation to blame the US? 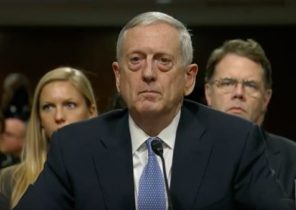