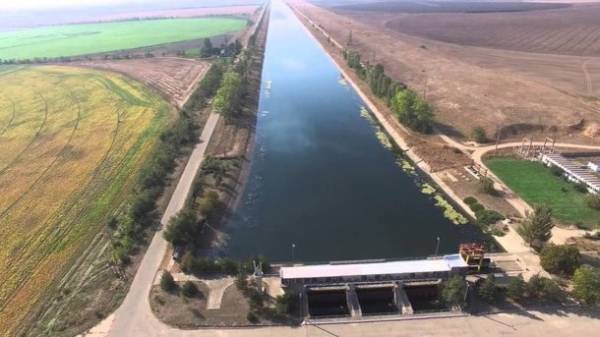 The representatives of the occupation authorities annexed the Crimea say that Ukraine is building the dam, blocking the water supply of the Peninsula will not affect the situation with plenty of water. This was stated by the “head of the state Committee on water economy and melioration of the Crimea” Igor Weil, the Correspondent.

According to him, the Peninsula is fully provided with water.

“They (the Ukrainian side – ed.) scare themselves. We have enough water for the entire holiday season – 100% guaranteed. We have no problems with water,” said vayl.

In turn, the so-called “Deputy Prime Minister” of the Crimea Dmitry Polonsky in an interview Lenta.ru also said that on the Peninsula “with water for a long time all is well.”

“Not z m, ponadkusuyu. And nothing that it (the dam – ed.) is clearly not completed. Anything that suffer from the effects of the construction, the residents of the southern regions…”, – said the representative of the occupying power.

As reported, on the administrative border with the occupied Crimea, in the North-Crimean channel was constructed stationary concrete damthat blocked the flow of water in the occupied Peninsula.