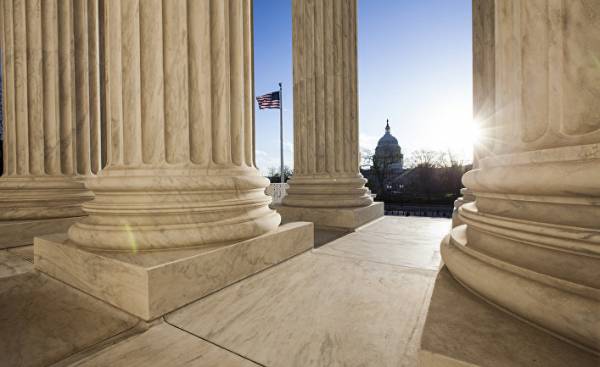 It’s been more than six months after trump became President. What trump will do next? Whether he will last the entire presidential term? There are different points of view, but I want to avoid simple projections. Rather, I want to perform this President from the point of view of the U.S. Constitution.

“The Americans are afraid of the despotism of trump”

Any steps trump be the center of attention. They are afraid, and they cause heated debate. The reason is that the US President has enormous powers. Those who belong to his appearance negatively, I am afraid that it will destroy American democracy and constitutionalism, will oppress the minority, the weak, and a number of faiths, will restrict freedom of expression, increase the differences with foreign countries and start an unnecessary war. Trump is the first in the history of America’s despotic President, who advanced on a wave of populism.

At the same time, many believe that he lacks presidential qualities. Authoritative expert conservative George will (George Will) said that trump is unable to think clearly and speak. In his column he wrote that it is dangerous and is the result of intellectual laziness, and unfounded arrogance.

Neoconservative analyst Robert Kagan (Robert Kagan) encouraged to quit all who have joined the administration trump in the name of their country because there are no prospects. Most of all he fears that the President will make a wrong decision, if the United States suddenly find yourself in a crisis situation.

However, this does not mean that such a negative point of view lead to desperate Americans. Some predicted that if he wins the trump, the flow of disenchanted Americans flood into Canada, but this has not happened.

Initially, the U.S. Constitution provides the President with significant authority. One of the reasons is that during the migration from Britain, there was no authorities who would be running the colony, which it was not possible to pursue a common policy on such common issues as defence, trade and so on.

There were concerns that the Congress will use the power at their own discretion, and people hoped for counteraction of the President.

Accordingly, in order to allow the President to fully exercise his leadership qualities, according to the Constitution he is given a long term of office of four years and possibility of re-election, remuneration, Executive powers, the authority to appoint officials and so on.

At first the people agreed that the Executive powers of the President. It also empowered the Supreme commander of the whole army, so he could react to different situations. In addition, he was given the right not to sign laws, to restrain the unilateral action of Congress.

Nevertheless, the legislator, who suffered from oppression from the British monarchy, and feared that the President would become too powerful. Therefore, the Constitution also contains a mechanism to prevent this: the term of office is limited to four years, for the conclusion of agreements and the appointment of diplomats, judges and officials requires the consent and advice of the Senate, there are opportunities for impeachment and resignation.

The amendment made to the Constitution after the President of Washington and limiting the term of office to two terms and eight years, as well as legal control, determining the validity of certain decisions also bind the President’s hands and feet. James Madison (James Madison), who played a Central role in the drafting of the Constitution, said that the best way to prevent the abuse of power is to give people who run one or another field of constitutional means and personal motives to have an opportunity to oppose. According to him, ambition is necessary to meet the ambitions.

Meanwhile, the powers of the President, who at the time of creation of the Constitution was relatively small, since the second half of the twentieth century began to expand for various reasons. During wars and other crisis situations almost all is determined by the decision of the President. Many experts believe that President trump will not be able to restrain a mere constitutional mechanism.

“Danger of the disappearance of optimism”

The French thinker Alexis de Tocqueville in his book “Democracy in America” said: “American democracy is often mistaken with the choice of people who are granted power. Despite this, the collapse of the state occurs. The fact that from colonial times, Americans traditionally own problems always solve themselves, and extremely attentive to the protection of their rights. So they can confront public officials who harm their interests”.

If it does not protect their interests, you can change it during the next election. According to Tocqueville, privileges Americans are that when you make mistakes, they can fix it.

During the inauguration of President Lincoln involved in the Civil war in the United States, also said: “as far As the power may be vicious or stupid, for four years, it will not cause serious harm to the political system.”

America is not so weak a country to be destroyed through the fault of one President. President trump a concern, however, the United States, including presidential system will not change. This country cannot be changed. I think the majority of Americans think so. Rather, the danger arises precisely when this disappears moderate optimism.

Continues smoldering ammunition: Groysman told about the situation in Kalinovka