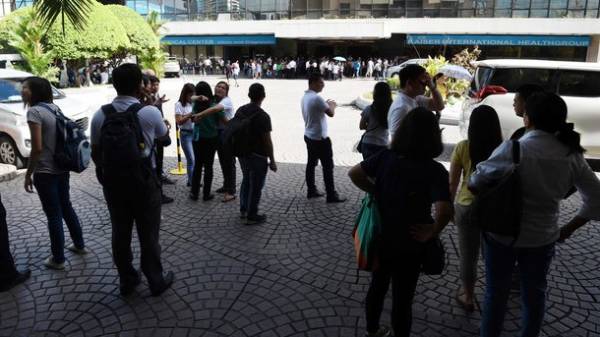 Three strong earthquakes occurred in the Philippines. According to USGS, the magnitude aftershocks amounted to 5.9.

The earthquake was recorded on the capital island of Luzon South of Manila. The epicenter was located 91 km from the capital, said TASS with reference to the European-Mediterranean seismological centre (ESSC).

Data on victims and destructions did not arrive.

The Pacific tsunami warning not issued warnings after the earthquake.

Earlier it was reported that in the Iranian province of Razavi Khorasan in the North-East of the country, an earthquake of magnitude 6.0.