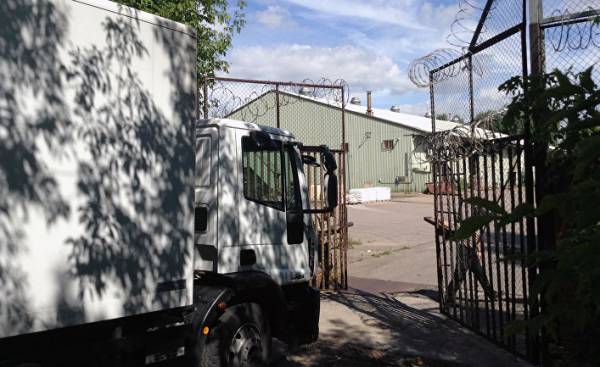 Economic sanctions against Russia should be toughened up, says the Danish Conservative people’s party. This view was expressed as a reaction to the fact that the President of Russia Vladimir Putin to expel 755 American diplomats.

Denmark needs to stand shoulder to shoulder with the US in the diplomatic war with Russia, the speaker of the Conservative party on foreign Affairs, Naser Khader (Naser Khader).

From his point of view, the decision of the Russian President Vladimir Putin on top to expel 755 diplomats and other U.S. officials has cost him dearly.

“We all know that the Russians interfered in American elections. And instead of sitting quietly after this, Putin decided to send people who, through their work in the Embassy are for the benefit of American society. I believe that this must have consequences for Russia,” says Naser Khader.

On Sunday President Putin said, according to Russian state news Agency TASS that the majority of American diplomats would be deported as a result of introduction of new US sanctions against Russia. In an interview with state TV channel RTR, President Putin said that 755 of the thousands of American diplomats and other representatives of the USA in Russia must leave the country.

Naser Khader believes that Denmark and other Western countries should expel Russian diplomats and other Russian citizens. Instead, Russia’s behavior has to hit the wallet of Russian, and if all depended on Naser Khader, Russian would forget about his “Northern stream — 2”. It’s a giant gas project that the Russian company Gazprom wants to realize in cooperation with several Western energy companies, paving the pipeline from Russia to Germany. According to the plan, it will pass through Danish waters.

“I believe that the EU and the West should Express solidarity with the Americans. I also believe that economic sanctions against Russia should be expanded — including over Ukraine and war crimes in Syria. Putin understands only the language of force,” said Naser Khader.

New US sanctions against Russia were adopted last week by an overwhelming majority of the us Congress. On Friday said the Russian Ministry of foreign Affairs: the U.S. should reduce the number of employees in American embassies and consulates in Russia up to 455 people. This number corresponds to the number of Russian diplomats who remained in the United States after former President Barack Obama sent in December, 35 of Russians in connection with a possible hacker attack during the American election.

According to the New York Times, Putin’s decision to send such a large number of American diplomats — the most serious negative diplomatic action ever undertaken between the two countries since 1986, and during the cold war.

In August 1986, us officials accused physicist, Gennady Zakharov, a Soviet representative to the UN, espionage and arrested him. A week later on charges of spying in Moscow, he was arrested Nicolas Daniloff (Nicholas S. Daniloff), the correspondent of US News & World Report. Then followed a series of expulsions, and Russia declared that Americans should reduce the number of its diplomats to 251 person, which corresponded to the number of representatives which the country was then in the United States.

In 1992, after the collapse of the Soviet Union, from the so-called quota system, refused — until this Sunday, when it was restored.