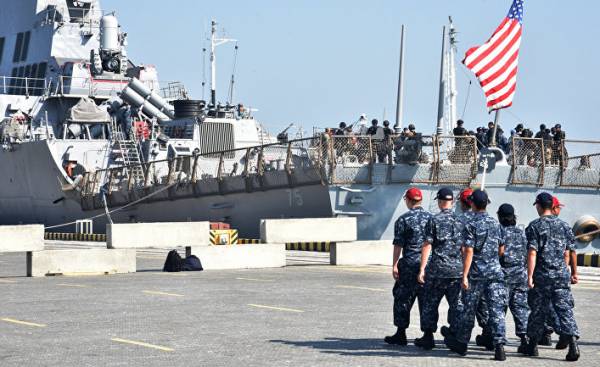 Expert security officer retired Agar Abdullah (Abdullah Ağar), commenting on the teachings that the last time the United States carried out in the region, noted: “Ukraine is a very important platform for the competition. A similar pattern is typical for Georgia. But the main fight in Syria and Iraq.”

“Now the West comes anywhere not for the sake of stability — added Agar. — And for the chaos that is tailored to his interests.”

Not so long ago, the United States ended military exercises “Sea breeze-2017”, which was carried out together with Ukraine, and at the end of last week launched an international exercises in Georgia under the name of “Noble partner-2017”, the U.S. is once again involved. As such, the US actions in the black sea region will affect his country? What are the consequences of these maneuvers can lead to security in the region? What value these teachings are from the point of view of Turkey?

Abdullah Agar appreciates these events: “teaching the U.S. in the black sea region — a show of force. They adversely affect the security of the region. As you know, two of the three main points of tension in the world are located in the black sea basin. This is the Balkans and the Caucasus. In a period when everyone’s attention is focused on the middle East, the Caucasus and the Balkans, we can see the war of the fourth generation. According to trump, the mistakes made by Obama in Syria, has provided the benefits Russia and Iran.”

Agar continues: “In the midst of proxy wars — a referendum on autonomy and Kirkuk. In this regard, special attention should be paid to Iraq. Long ago, the reconstruction of world politics. If the US initiative will lead to the emergence of competition, the United States and Russia in the black sea region, like Syria, it will affect Turkey. Turkey defends the thesis that security in the Black sea should be provided by countries in the region”.