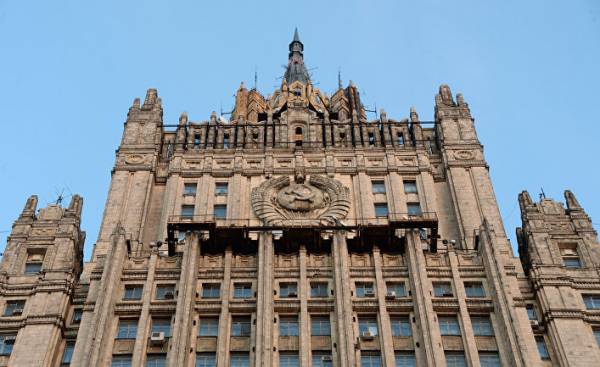 On the streets of Moscow, it looks almost the same as before the first package of anti-Russian sanctions, which were imposed in connection with Russia’s actions in Crimea and Ukraine: there is no shortage of goods in stores, and prices in restaurants were even lower than before the imposition of sanctions. If you leave the big cities and head to the countryside and there — except for coming across from time to time, luxury homes of the oligarchs — you will see poverty. Exactly the same as 10, 20 and 50 years ago. There are people who have not managed to benefit from high oil prices and whose life after the imposition of sanctions has not changed.

This is because in the post-Soviet Russian economy is not the principle of “trickle down”: after the fall of communism, people in management positions, with the permission took what they could, others took what was there and sold it there, where they could find buyers. And it was including the very controversial sale of goods, such as weapons or uranium, is highly questionable customers.

According to the Director of the Economic policy program of the Carnegie Moscow center Andrei Movchan, in his report, “the Decline, not a collapse: a bleak Outlook of the Russian economy” (Decline, Not Collapse: The Bleak Prospects for Russia’s Economy), “by the time when in 2000 Vladimir Putin came to power, a large part of the core assets belonged to the state or the representatives of a small group of individuals who have received these assets from the state in exchange for political obedience and loyalty.” I recently met a Man in Moscow, to discuss the impact of sanctions and the future of the Russian economy.

Running out of money

It is worth Recalling that Russia is a country that is able to cope with the hardships better than many other countries, and that it has long been accustomed to working without money. Favors and personal benefits are equally if not more valuable goods that can be shared. And even under communism, everyone, including the government, depended on the black market that provided the necessary goods and services. He was tied up Soviet Russia with capitalism in a time when private enterprise could lead you to the GULAG, and at worst — to be shot. Therefore, one should not trump the fact that people who are able to best adapt to the rapid change in economic ideology, was the very same speculators, who already had experience of private enterprise and who were not afraid to make decisions and act independently.

Then came the 1990-ies, when Russia appeared the liberal economy and the absence of institutions of governance. Russia has become a real “wild East”. The failure of then-President Boris Yeltsin to head the government turned into a stalemate in the State Duma and chaos in the business world dominated by corruption and often where murders were being committed. The arrival of Putin to power put an end to this chaos, and he managed to regain control over the oil business and trading, which was lost in 1990-e years in the process of “privatization”. Putin, according to Movchan, “arrested the rebellious oligarch Mikhail Khodorkovsky in 2003, nationalized its oil company “YUKOS” and did so to the rest of the oligarchs have understood his signal, and obeyed”.

By 2008, says Movchan, up to 70% of the Russian budget are directly or indirectly related to profits derived from the export of hydrocarbons. By 2013, only 10% of Russia’s GDP was accounted for by the independent private sector and production, not connected with the extraction and processing of mineral resources. Meanwhile, according to Movchan, in 2013, inflation was 6.5%, GDP growth has not exceeded 1.3%, while real incomes of Russians — thanks to the state’s social policy, which Movchan calls “reckless” — increased by 11.4%.

“In this period of time, many sold their business to the state. Took the money and went abroad, — says Movchan. — It turned out that the state already controlled more than 70% of businesses in Russia is even more than under Mikhail Gorbachev, when the state controlled 60% of the business. Today the private sector accounts for approximately 25% of GDP.”

According to Movchan, he did not believe government collect statistics, because “more than 30% of this statistic is the secrecy. It is believed that the secret budget used to Fund the military-industrial complex and security agencies, however, there is indirect evidence that these funds may be used for other purposes. These goals can vary — from sponsorship of “friends of Russia” abroad and eliminate gaps in the balance sheets of state companies to Finance personal purchases of senior officials,” he writes. Obviously, the opacity is more of a national characteristic than a product of the Soviet era.

According to Movchan, namely a sharp drop in global oil prices in 2014, and not Western sanctions, has led to serious problems of the Russian economy. Western economists predicted Russia’s rapid collapse, however, two factors allowed her to withstand the blow.

First, says Movchan, government and business have managed to build up considerable cash reserves in a period of high oil prices. The Kremlin had amassed three times more gold and currency than expected, the business managed to acquire significant tangible assets, and “ordinary citizens have accumulated more than 250 billion dollars on their Bank accounts and, perhaps, nearly as much cash.” People stocked up on durable goods, and with increasing demand and purchasing power of the population housing conditions in large cities has improved.

Second, despite state control over most large enterprises, Russia still enjoys the privileges of a liberal economy. “Cross-border capital flows are not limited to, — says Movchan. — Prices on most goods and services are not controlled, the level of wages is determined by market factors and the exchange rate — free market, albeit with some intervention of the Central Bank”. Russia managed to survive the Central Bank’s decision to double the refinancing rate, adopted in December 2014, and the markets calmed down after the Kremlin promised not to resort to such measures — and while he keeps his promise.

As a result, 1% of the richest Russians have managed to translate their money and invest them abroad. The Russians on the lowest incomes declined from more expensive imported goods, making the choice in favor of domestic producers, and now spend their vacation in Sochi and not on the Mediterranean sea.

As in 1997, when the ruble collapsed, the internal economy of Russia, perhaps even benefited from the demands of an increasingly discerning consumers. But, says Movchan, the government has no plan to diversify the economy: it prefers to wait for the moment when the price of oil will rise again, in the hope that the desire of the West to maintain the sanctions, too, will eventually come to naught.

According to Movchan, despite the decline of Russia’s GDP in 2016 40% in dollar terms from the level of 2013, the country is not expected any serious worries and difficulties. The forecast of Russia’s GDP in 2016 amounted to 8.5 thousand dollars per capita, putting it at 70th place in the ranking of the International monetary Fund, on a par with Turkey and Mexico. Pretty low level, but not catastrophic. And, despite the decline in GDP, which started after the introduction of Western sanctions, according to Movchan, even this sharp drop in Russia returns to a relatively stable level of 2007.

And then there were no more Western sanctions. Movchan suggests that the West may be in the trap when it comes to the future of anti-Russian sanctions. “It can turn into a serious problem for the West, he said. — If they remove the sanctions, they will lose. If they maintain the sanctions, then Putin will be the scapegoat, which you can blame all of his failures.”