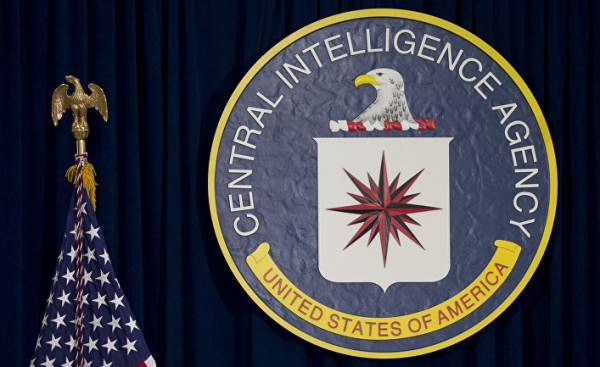 In the vast array of documents from the period of the cold war, a newly declassified Central intelligence Agency, we found a number of those in varying degrees, devoted to the so-called “forest brothers” in the postwar years, waging an armed struggle against Soviet power. A few we are talking about the role in this underground movement was played by the CIA and the KGB.

Some of the published CIA documents 1940-1950 (and some 1960s) years is a rather lengthy analytical reports, some of the reports of agents or a paraphrase thereof. Sheets marked “top secret”, we found very rarely, almost all the documents once bore the stamp “Secret” or weaker. However, almost all date received source information and the source for the declassification of redacted, some taken whole pages, and some have note that data contained in them had not been evaluated for accuracy.

Below we present the almost complete translation of one of these review of analytical reports. It is including about how disjointed the movement of the “forest brothers” and they were on the legal position of the supporters of the result lasted a few years the restructuring process has been cleared of “bandit” and turned “in a small, but national set up kernel”, save to “perform specific and realistic targets in the future.” Have “since 1949, the principle of the partisans was the preservation of their power until the moment when help [is] near, before learning to be useful”.

“The development of the resistance movement in Latvia since 1945

1. The guerrilla movement in the broadest sense [of the word] began in the Latvian SSR in 1945 after the surrender [of Nazi Germany]. Members of the Latvian Legion [Waffen SS] were to be [organized by the Soviet authorities] collection points and become prisoners of war, or to go into the forests and continue the fight. The result was a group of partisans of different sizes.

2. The group consisted of former front-line soldiers, familiar with each other. They included officers, trainers, [military bearing] other title, police, militia, and Patriotic intellectuals and other segments of the population. Some stood out for their strong ideological attitude, others were fugitive criminals.

3. At first no one had intended to return to legal life. Everyone thought that the war [of the West] against the Soviet Union inevitable. However, the war has not started, and expect [it started] in the near future was impossible. Soviet [part] began to scour the forest in search of guerrillas, many of whom were killed while resisting arrest, and many were caught. Soviet power became stronger. Life in the woods, especially after the first winter, it has become more difficult. Among the partisans there were cases of disease, especially among older men. It became clear that the latter will not be able to continue the fight. A disheartened on hearing about the heavy losses caused by reckless stock, insufficient safety measures and credibility are not deserving of that people. Many of the guerrillas believed the statement [of August] Eglitis, Minister of internal Affairs, called on them to get out of the forest and surrender. As a result, many of the guerrillas surrendered, especially those who believed that did not participate in any incriminating actions.

4. Before 1949, these former guerrillas lived alone. Took some pretty good posts and some found the possibility of cooperation with the Communists. Many of these legalized individuals who were suspected by the authorities in the continuation of cooperation with the guerrillas [the remaining forests] and to provide the latest information about upcoming actions of the authorities, were deported in 1949 together with those who are not able to hide his dissatisfaction with the Soviet regime.

5. All of the legalized partisans were questioned about the whereabouts of the other guerrillas, the personalities of the past, where they received food, their activities, about what they expected and what was preparing to make against the Soviet state. Legalized former guerrillas were asked to meet with their former friends and ask those to leave the forest. However, only in very rare cases, someone from the group [surrendered] were sent to meet with the guerrillas and only in those cases when they were relatives. There were several instances when the former guerrillas were forced to work on the MGB.

6. The number of guerrillas was reduced, thus due to disease (inability to get surgical help or [qualified] to treat the wound), suicide, death in battle or captivity. The fate of those who were unable to flee the fighting, and those who were trapped in the woods and [then] captured alive, is unknown, but the implication is that they were sentenced to 25 year prison terms. Leaders and supporters were also arrested, and the supporters are usually received 5-year sentences. There were reports that after serving his time these individuals returned home.

7. As mentioned above, the guerrillas were divided into two main categories:

a) Ideological group whose purpose was saving himself for the liberation of Latvia and provide emotional support to other patriots.

b) Demoralized, but otherwise good [skills] combat group whose purpose was robbery and illegal actions of all kinds, without regard to moral or Patriotic views of the victims. These groups have caused a General hatred, and they cast a shadow on the ideological partisans. These groups were brought to the attention of the authorities and they were directed against a common shares, who were involved and also suffered losses and ideological groups. For security considerations, ideological groups urged their supporters (i.e. legally living former guerrillas) not to have any contact with [gang] groups not to have anything to do with them. Friendly groups have tried to maintain contacts among themselves.

8. These conditions and the lack of Central organizations has caused concern among those on the legal status of patriots who (in 1946) founded a secret organization for clandestine activities. To give a full report on the reorganization process, which was then launched across the resistance movement in Latvia is not possible. However, the overall fair presentation can be [based on] the events in one regional group of considerable size and consists of several separate guerrilla units.

The representative of the organization who was on the legal position of the patriots, a (name redacted — ed. ed.), undertook the task of establishing contacts with the ideological groups in the forests. In the spring of 1948, with his assistance, took the work of organization and consolidation of the partisans on the basis of ideology — with a clipping from the organization of partisan groups, who had no discipline and destroys harmful to the good name of the guerrillas. These ideological groups are not numerous, but their very existence is important for the morale of the population. For three and a half years with the daunting task of reforming a disorganized, undisciplined and demoralized the guerrillas in a small, but a purely national set up kernel was completed, and not without success. It was possible to organize partisans for ideological struggle — in the absence of the ability to offer them any material support. Thus, the ideological movement and passive resistance was organized and [now] expands, slowly and carefully, to perform a specific and realistic targets in the future.

9. The moral of today’s resistance movement is good, and its members are very willing, though outwardly show it. Open actions were taken by the guerrillas and their supporters [were] on the legal position prior to the imposition of collectivization — i.e. propaganda against collectivization and acts of sabotage against farms and agricultural machinery. The most active Communists were caught and beaten. Was sent threatening letters, and those who did not attach such letters of importance, were shot. Such actions, however, brought upon the local population, and also of the partisans retaliation. Meanwhile, a terrorist group, especially the group of bandits acting in its sole discretion and without any serious plan, killed many innocent [or] were of no value, people, and even shot some [of those] who supported the guerrillas, but [officially] worked for the Soviet government. Subsequent deportation and large anti-guerrilla action was what was expected. Then [the guerrillas] it is understood that in the circumstances it is better not to show any activity, and since 1949 the principle of the partisans was the preservation of their power until the moment when help [is] near, before learning to be useful”.

The subsequent half a page of document redacted in declassification. The last part is devoted to the structure and methods used against the “forest brothers” of the Soviet structures (subdivisions of the MGB, destruction battalions, local police, etc.). Ends policy brief: “the Struggle between the guerrillas and the security agencies continues.”