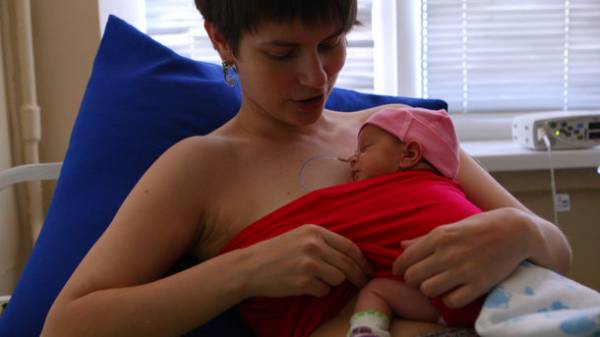 Today in the world there is a global problem of low birth-weight children: on average, every 10th child is born prematurely. Ukraine is no exception: we prematurely born every year more than 20 thousand children. Now in more than 47 countries around the world practiced the way premature babies — Kangaroo care. It literally allows the mother to carry the baby on itself like a kangaroo in the bag.

“Embrace is the most effective tool for nursing babies who were born prematurely, — says doctor of medical Sciences Tetiana Kurilina. — Sounds of the office, bright light, tactile pain stimulation and most importantly — separation of the child from the mother is what is now called toxic stress, which can even kill. And Kangaroo care allows the baby to be with mom to comfort and warmth. This is the most natural and at the same time technologically simple method of caring for a life of preterm babies. The main components, without which the method would not work is: maximum contact “skin to skin” thermal comfort and mandatory breastfeeding. Kangaroo care stabilizes heart rate and reduces stress of the child. We noticed that children who vyhazhivanie by this method show better results in the maturation of the brain than children deprived of such opportunities. The method is not economically expensive and has an international evidence base of its effectiveness and security.”

LISTEN TO MOZART AND COMB

“About the Method of a Kangaroo, I learned the day before delivery — from Kiev says Maria Kravchenko. During the ultrasound the doctor warned that there are some problems that can cause premature birth. My husband was frightened, began to wonder what are the chances of a premature baby. On the Internet I read an article about Kangaroo care, which is successfully used in Okhmatdet. The next day went to the hospital to preserve, and in the evening was born a barbarian.

A baby born at 34 weeks pregnant (almost 7 months) with a weight of 1 kg 890 We got to the ICU in the hospital. Conditions are not liked, because children were not allowed: I could see a daughter about 10 minutes a day. To touch her was forbidden, everything was done the staff is fed, changed diapers… Imagine my state! I was very nervous, bored, constantly thinking about the baby. On the second day the doctor said that we are stable enough, and we can translate in hospital. Here I explained everything, revealed, put the baby on me. At first it was somewhat disturbing habit, was afraid to do something wrong baby. And now — more than three weeks, as I am a mother kangaroo. We have both fully mastered. I change the barbarian, the food, measure the temperature daily and record her weight.

When the baby became “live” for me, I noticed that we both immediately calmed down. She is warm and cozy, I am also very comfortable. As they say, its burden is not heavy. To be honest, I was scared at first, because Cooking is so small! But I’ve learned to sleep with her, and I do not want to put her in the crib. I have a comfortable situation: Cooking lies in a special bandage where it is placed, as in the kangaroo pouch. Legs should be bent, but she is in the area of the solar plexus. The top is also sheltered her, because she is a bad holding temperature.

Just Cooking for me spends about 12 hours a day. But we don’t. I often sing a favorite Varin song — I sang it, when the baby was still in her tummy. So my grandfather told me: you have to sing one song, she will remember and will calm down under her sounds when born. It’s true, it’s very good now working! On the recommendation of a doctor listening to Mozart — is that his music is great for kids. Read aloud “Around the world”, periodically brush my hair, my daughter a special brush — it stimulates blood circulation.

The main conditions for discharge home — the weight of over two kg, and a normal heartbeat. Also, the child needs to maintain the temperature, to breathe and to eat. Cooking still not able to fully eat, decemlineata through the probe, but we are trying”. 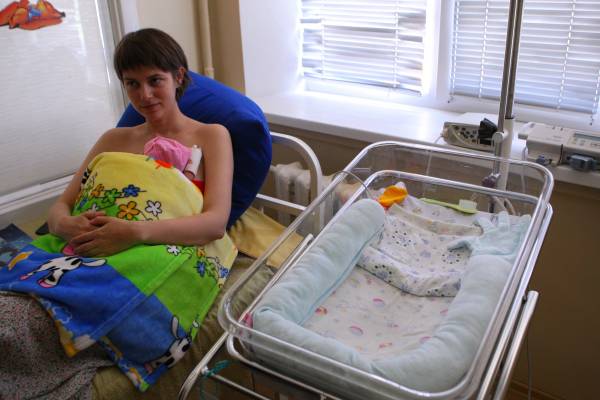 Conditions. The child all the time with my mom, rarely — in bed with heating

TWELVE HOURS IN THE ARMS STRENGTHEN THE FAMILY

“Kangaroo care was recommended by the Ministry of health in 2006 — says the head of the intensive care of preterm children NDSL OKHMATDET Tatiana Orlova. In our Department the method has come in 2011, after successful completion of the pilot project with UNICEF. The movement of the Mother Kangaroo started in 1996, its founder, Colombian paediatrician Edgar Rey. Today the method is a serious perinatal technology. Vpisyvayas home, parents continue to work on this technique, watch the child during the first years of life. To nurse the children of this technology can not only moms but also dads, grandparents, older brothers and sisters. We noted that Kangaroo care is an impact on the family. There are serious psychological placement in the family: the center becomes prematurely born children, and trained in kangaroo mother mom and dad start to treat each other, and aware of their responsibilities. This method strengthens the family”.

“Method literally unleashes moms — says Tetiana Kurilina. — The child is fixed on the mother’s body in special bandages and slings special-slings. When the baby is in mother’s breast, she can move freely and go about their business. For example, the Colombian mother kangaroo is very beautiful embroider pillow cases. And our mothers embroider beaded icons, images, knit caps, socks”. 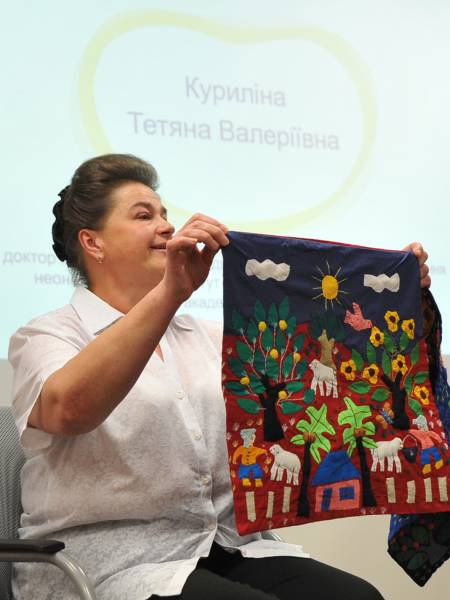