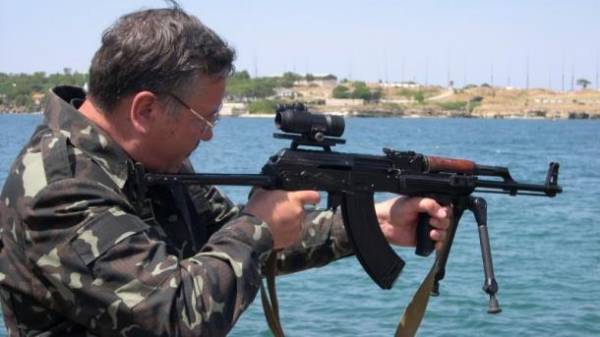 Ukraine should respond similarly to Russia to commit terrorist attacks and killings in the Ukrainian land. This was stated on air of TV channel “112 Ukraine” the former Minister of defence Anatoly Gritsenko.

According to him, Ukraine in response should also organize the bombings in Russia.

“This is a war. This is not the first significant and blatant murder of Ukrainian officers the best officers. One of the best counterintelligence officer killed in Mariupol revealing. If it is actually war, not merrymaking for the President, it means that for every car that flew into the air in Kiev and Mariupol, two to take off in Taganrog or Moscow,” he said.

June 27 at 8:16 law enforcement officers received a report that at the intersection of streets Solomenskaya and Alekseevskaya exploded the car “Mercedes”. The fragments in the explosion scattered in a radius of about 100 meters and damaged other cars. It turned out that killed the unit commander of the Main intelligence Directorate of MOU Maxim Shapoval.

On 28 June it became known about the explosion the vehicle of security forces in the Constantine district of Donetsk region, killing Colonel Yuri voznyi.