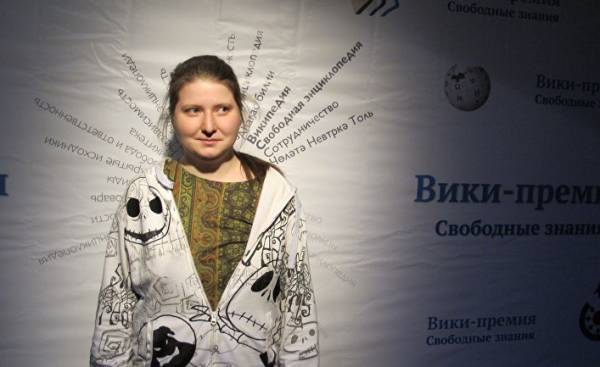 On this Sunny June day in a Moscow Park Kolomenskoye took place Geek Picnic, art and technology festival under the open sky. Standing in the crowd smiling girl with a smart and simple look gives on-camera interview that will be posted on YouTube. She once again says on its website Sci-Hub on which free and open access laid out the scientific article. A native of Kazakhstan Alexandra Elbakyan unknown to the General audience, however, was the real star on College campuses and research laboratories in many countries.

Articles 62 million, 700 thousand downloads per day and millions of regular visitors from all continents — Sci-Hub has become one of the main sources of scientific documentation. In poor countries use it every day scientists, who have no money for expensive subscriptions from major publishers.

In rich countries with access to paid services professionals also use Sci-Hub, because it is easier and available everywhere without any formalities. The only problem is that Sci-Hub — pirate site that steals articles from publishers and violates a number of laws about intellectual property and network security. The very same Alexander Elbakyan pursue the American law enforcement.

Sci-Hub appeared in 2011. Alexander, then a student, neuroscientist, attracted attention studies brain waves, after which she was invited to study in Europe and America. However, upon returning to Kazakhstan she no longer had access to the necessary scientific publications: one article can cost $ 30 to $ 40. Then she saw that Russian scientists secretly help each other and convey the article, not caring about the preservation of copyright.

Then she decided to bring this practice to an industrial level, creating a server for storage and distribution of materials in all disciplines. Soon she got the support of Western colleagues, supporters advocated the free movement of all scientific data Open Access, and authors, who considered themselves victims of the dominant commercial system (in the scientific community they give free articles to private publishers, who for a lot of money trying to resell them to other scientists).

The collusion and the black market

Many of the fans of Alexandra’s work have access to paid services universities, and some of them transfer the logins and passwords for Sci-Hub, so that the site could have articles. When the reader asks for available on servers article, you can immediately get it. If Sci-Hub it is not, he turns to the publisher under received from associates login, then forwards the material to the user and stores it in its own database. Although, of course, harder than it seems.

Alexandra Elbakyan said that Sci-Hub retrieves passwords from many different sources, that is, perhaps, from the hackers who know how to get them without the owner’s knowledge… at One time she worked with the Russian website LibGen, which distributes different kinds of pirated products, but now, she said, acts independently: “I spent a lot of time creating my own servers for storage and dispatch of articles”.

After the website is launched, Alexander was engaged in the economy and the right: “One time I was going to work for the government to change copyright law”. Then she turned toward computer science and found scientific position, which leaves her time to work with the website: “From 2014 I rewrote all the code and analyzed the statistics (…). I noted which publishers were most popular, and changed all the content”.

With regard to Finance, Alexander receives anonymous donations from grateful readers. In addition, very early on, she discovered bitcoins and skillfully exploited on the new cryptocurrency: “I bought bitcoins when they cost 20 dollars, and now their rate is up to 100 times higher. All this allows me to find the necessary funds”.

Anyway, Sci-Hub is causing the hostile attitude of many scientists, librarians and conservatives, who lead the hunt for perpetrators: when a account begin downloading large amounts of documentation, it draws the attention of administrators. In addition, publishers have declared war on Sci-Hub, because it has become a serious threat to their very existence. Most actively there are works of the Anglo-Dutch company Elsevier, a world leader in this field.

In Elsevier filed in Sci-Hub the lawsuit in new York court. Not caring about the issue of the territorial powers of the U.S. Supreme court reviewed the case and issued Alexander a conviction for piracy, which is punishable by imprisonment. The court began with lock Sci-hub.org (us provider), which forced Alexander Elbakyan create a whole new set.

The judge called her in new York, but she never thought to be. She was sent to court a provocative letter and decided not to travel to countries that might extradite her to the United States. It hides their place of residence and does not use American social networks like Facebook, restricting the Russian network “Vkontakte”. At the same time, she participates in the activities of Western institutions seminars via Skype. Gradually, it is moving in the direction of protest against property in all its forms: “I feel a closeness to the Communist ideal. The scientists can clearly distinguish two classes: the workers, that is, simple research workers, and the exploiters, that is, publishers. The theory of communism explains how it works, and why revolution is necessary.”

In parallel, The Custodians, an international group of advocates of a free Internet, has launched a campaign to award Alexandra Elbakyan “Award of disobedience” (Disobedience Award) in 250 thousand dollars, which is awarded to the Massachusetts Institute of technology for contributions to the common good with disobeying unjust laws. For all fans of Sci-Hub Alexander — the perfect candidate. At the same time, critics (mostly Americans) say that she lives in Russia and therefore does not violate the laws of their country. They even hinted that it is under the patronage of Vladimir Putin’s regime.

21 June 2017 new York court sentenced Alexander Elbakyan and her possible accomplices to pay Elsevier a compensation of $ 15 million. In addition, he demanded the suspension of the activities of Sci-Hub and the elimination of its entire base. Alexander replied with a sarcastic entry “Vkontakte”: “New victory of American freedom and democracy. (…) Only free reading of scientific articles through the site — can cause irreparable damage to society and violate human rights…”

The dissemination of knowledge

After six years of active storage 95% of articles requested by users already exist in the database. Now, piracy is mainly for updates. According to a 2017 study of the German specialist of Gresaka Bastian (Bastian Greshake), the most active users of the site is Iran (in isolation due to sanctions), Greece (still not recovered from the financial crisis), several countries in Latin America, India and China (at least because of the size of their population).

Anyway, Germany is not left aside: in the end of 2016 60 German universities have decided to boycott Elsevier because of the increase in the cost of the subscription, and since then they were joined by other agencies. And their workers have to produce the required article by other means…

In some countries, such as Iran, to servers downloaded huge amounts of articles with Sci-Hub to create his own databases. In other States, organized groups will be downloading all the materials in chemistry: according to Bastian of Gresaka, this discipline has now become the most popular on Sci-Hub. 23 Jun 2017 American chemical society filed for Sci-Hub in the state of Virginia.

Alexander calmly replied the same that is in the sanctuary “somewhere in the middle of the former USSR”. She stressed that has nothing to do with authorities and is confident that its website is out of danger: “It was designed to withstand the pressure.” Now she is studying the history of science and in particular of medieval Hermeticism, but promises that Sci-Hub will become only more and better.