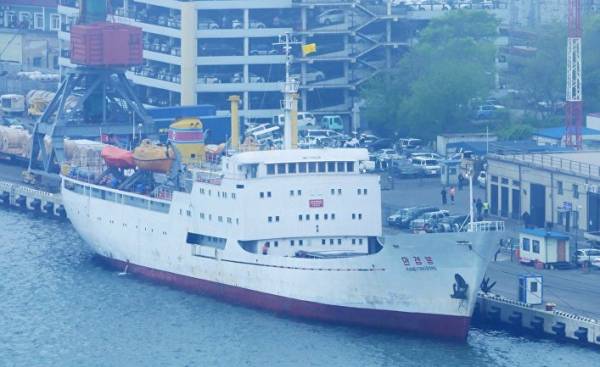 According to Vladimir Bogdanov, it has now become clear that they have chosen not the best time to launch the first passenger ship between Russia and North Korea just before Kim Jong-UN shocked the world by announcing the successful test of a missile capable of hitting U.S. territory.

“We were in a hurry, thinking that he would be late. But to us it was worth the wait,” said Bogdanov, who may have organized nine flights between the far Eastern port of Vladivostok and Regina in the special economic zone of North Korea. “However, to turn the service back is impossible. Flights are loss-making, because it is filled with at best a quarter of the 193 places,” he said.

According to the Russian customs service, the economic ties between Russia and North Korea, which has a narrow land border, remain difficult, the volume of trade is declining for the third year — up to $ 77 million in 2016. Although the volumes are small, they cause tensions between President Vladimir Putin and his counterpart in the United States Donald trump, who puts pressure on Russia and other countries to strengthen opposition to the program of development of nuclear-missile weapons of the Communist regime. Russia is considering trade relations with Kim as an opportunity to provide their positions in diplomacy, and then try to defuse the crisis on the Korean Peninsula.

“We can’t afford a dispute with North Korea, because it will throw Russia a few steps back, said George Toloraya, head of Asian strategy at the Academy of Sciences of Russia. — Our interests will not be considered” if North Korea will see Russia on the side of the United States”.

As in the case of Iran, with which Russia maintained a relationship, despite pressure from the US and the EU on Tehran over its nuclear ambitions, Putin does not want to completely isolate North Korea. He was opposed to tougher sanctions, as it believes that they will not affect the North Korean leadership, said two high-ranking Kremlin official, who asked not to call them for discussion of domestic policy.

USA insist that Russia stopped the program for receiving 30-50 thousand North Korean migrant workers. This will help to “deprive Kim Jong UN of all his money,” said Toloraya. “That’s what they need from Russia right now, very actively”.

Any country that accepts North Korean workers, “helps and incites a dangerous regime,” which is a “global threat,” said U.S. Secretary of state Rex Tillerson after July 4, Kim announced the successful testing of missiles.

“Russia has never been a supporter of dialogue, through sanctions” because it is “useless approach,” he told reporters in April, a Kremlin spokesman, Dmitry Peskov. According to him, this position has not changed since the meeting between Putin and trump at the G20 summit this month.

Although trump and Putin had a “pretty good conversation about North Korea,” they disagree on the tactics and the pace of dealing with the threat Tillerson said after talks in Hamburg.

China is the closest ally of North Korea, last year trade between the countries amounted to almost 90 percent of all Commerce in the amount of $ 6 billion. USA. Russia and China urged to be cautious and to resume dialogue in a joint statement after the missile tests. Kim boasted that they would send more “gifts” in the United States, who in response held a joint exercise with South Korea.

Russia and China blocked U.S. efforts to expand sanctions against North Korea in the draft resolution of the UN Security Council condemning the missile tests. Trump has accused China that it exerts too little pressure on its neighbor. Officials in Beijing have stated that they “strictly adhere” to UN sanctions, and imports from North Korea fell by 13.2 percent to 880 million US dollars in the first six months of 2017, compared with a year earlier.

“No one has any real leverage over North Korea to persuade it to abandon nuclear weapons, including the Chinese,” said Alexander Gabuev of the Moscow Carnegie Center. According to him, the Kim regime can get from 30 to 50 million dollars a year from migrant workers working in remote Russian forest the camps or at construction sites.

Russian imports from North Korea fell to 421 000 USD in the first quarter of 2017 compared to the same period last year, while exports (mostly food and fuel), according to the customs service, has grown more than twice, up to 31.4 million USD. According to Toloraya, no one knows the real level of trade, as many goods are coming through third countries, although it can reach $ 500 million.

Migrant workers use the flight between Vladivostok and Regina together with visitors from Russia and China, said Bogdanov. According to him, the flights may stop in a few months, but the requirements of the United States to isolate North Korea, they do not cancel.

“We are not afraid of trump,” — said Bogdanov. “We see the consensus of Russia and China in the pursuit of peace. And our poorly painted little ship — also the way of the world.”