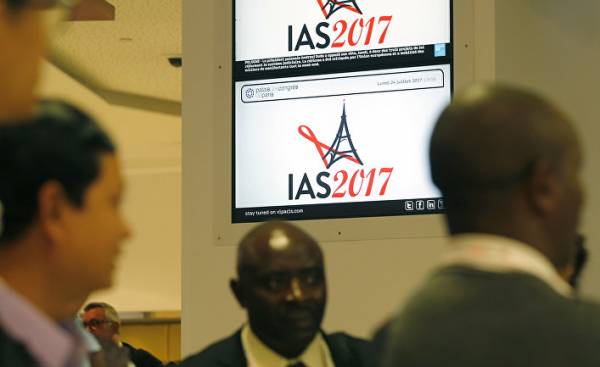 UN special envoy on HIV/AIDS Michel Kazatchkine, summed up his mission in the Eastern European countries that ended yesterday in Paris the 9th International conference on the fight against AIDS.

“In the countries of Eastern Europe, i.e. in modern Russia and most former Soviet republics, AIDS is growing at 10% per year, — said Michel Kazatchkine (Michel Kazatchkine), UN special envoy on HIV/AIDS in Eastern Europe and Central Asia. — extension is accompanied by a 60% increase in new cases (from 2010 to 2016) and 30% mortality, while in most other countries of the world, mortality has dropped by 40%”.

More specifically, the proportion of patients among the population is 1% in St. Petersburg (this city is taking very active measures against AIDS), 2.5% in Yekaterinburg, and in the group of men aged 30 to 40 years we can talk even about 3-4%. Finally, Russia has received 250 thousand units of anti-retroviral drugs to 1.6 million patients at the end of July 2016, according to the Ministry of health.

How did it come to this? The epidemic in this region was announced much later than in the US, Europe, Africa and South-East Asia. In the former USSR it began in 1990-ies after the collapse of the Communist regime, covering the poorest and most vulnerable segments of the population. Played into the hands of AIDS and the increase in the use of injected through a syringe of drugs. On this day in 50% of cases the cause of the infection becomes intravenous drug use.

The epidemic started in the homosexual community and then spread among heterosexuals and prostitutes. Anyway, the exact number of HIV-infected patients remains unknown due to difficulties with obtaining data about the people who conduct illegal activity. Today the epidemic apart from Moscow and St. Petersburg affected large cities like Yekaterinburg and Novosibirsk. The disorganization of the medical system accumulates and discrimination in society. In the cities, which receives many legal and irregular migrants from former Soviet republics, each doctor has to monitor the group from 2 to 6 thousand patients. In addition, funding problems arose as receiving funds from abroad, NGOs have had to stop working. In HIV-infected and drug addicts there is no access to methadone (the main substitute opioids), because it is outlawed in Russia.

“Although Russia is a great country, it is isolated politically and sees no need for cooperation with foreign countries, whether the Western countries, who are sometimes accused of moral decline, or international institutions like UNAIDS,” continues Michel Kazatchkine. Besides, due to the lack of financing in Russia are not conducted research on AIDS, although the country has outstanding biologists. Unless there are some chemical experiments on funds from international pharmaceutical companies.

At the same time, in Ukraine, where the epidemic is unfolding exactly the same as in Russia, there is a decrease in the number of cases of infection among drug users, as there is still work to be funded from abroad NGOs. However at the moment the country has to deal with many political, economic and military problems in connection with the conflict in the Donbass.

In some other States the situation is apparently also improved. In the particular case of Georgia and Moldova who, like Ukraine, have signed a partnership agreement with the EU. “From this point on all EU-funded research on AIDS should be conducted in cooperation with the countries of Eastern Europe”, — said Michel Kazatchkine.