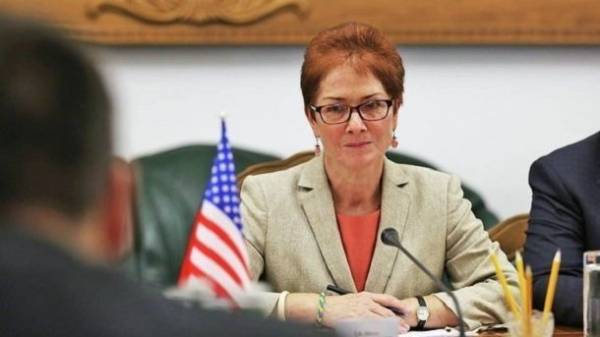 U.S. Ambassador to Ukraine, Marie Yovanovitch said that Russia is a party to the conflict in the Donbas. She declared it in interview to the newspaper “Day”.

In her opinion, no matter how criticized the Minsk agreement, they can help to end the war in the Donbass.

She also noted that Russia should take appropriate measures so that the West took off the sanctions.

Recall, the U.S. special representative in Ukraine Kurt Volker on July 23, visited the Donbass, where he said that there is not a frozen conflict, and a hot war.