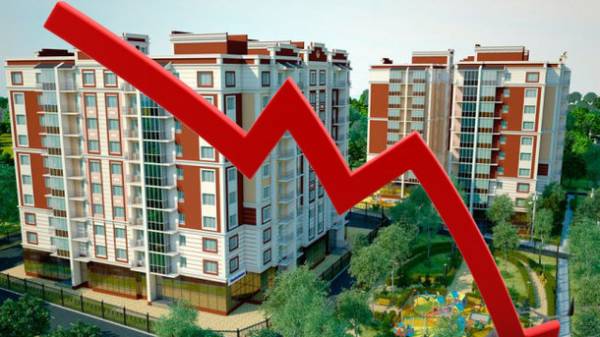 The fall in apartment prices in the capital region in recent years reached record levelsthat may soon approach the 90-ies. After 2014 the cost of primary and secondary housing in Kyiv has shown a gradual decline in demand that occurs despite the influx of wealthy citizens from the East. If in dollar terms significantly decrease by an average of 9-11% in local currency this indicator is observed the increase due to the devaluation of the national currency. According to the IAP “Capital estate”, in the past year the cost of living space in new buildings in Kiev was about 22-23 thousand UAH per sq m. That for most residents of the metropolis is not available to pay for housing.

At the same time, prices on the residential area outside the city can be less than half and still declining. According to the realtor’s LCD “Pokrovsky”, cost per square meter in a new, already delivered complex in Gostomel, more recently, was 15 600 UAH/sq m, and now promotional price has dropped to a record 12 950 UAH/sq. m And is housing with a developed infrastructure of brick with utilities and Central heating. Taking advantage of layouts and compact meter (24 – of 41.55 sq m), this property can already afford the citizens with average income.

The reason for the growing popularity of the suburb of Kiev is and the environment. Megapolis is surrounded by a ring of pine forest. And the area and satellite towns located in the forest, automatically transferred to the status of recreational areas. It concerns the cities of Irpen, Bucha, Gostomel, etc.

Among the disadvantages that give voice to the potential buyers of such housing, is a poorly developed infrastructure of the suburb of Kiev. If in the immediate availability no shopping centers, convenience stores and kindergartens, the people of Kiev consider such objects buildings less readily. So there are developers who not only build houses with apartments. Examples include buildings in Bucha and Irpin ‘ are built within the complex and have all the necessary infrastructure. According to the Manager LCD “Pokrovsky”, a property in the suburbs of Kiev in demand only in that caseif it meets the requirements of a modern LCD. For example, the location of the complex, the proximity of supermarkets, markets and banks, the availability of internal infrastructure (kindergartens, playgrounds, etc.)

According to experts, investing in real estate remains one of the most reliable ways of saving money. Forecasts for prices in the real estate market in the near future very different: some experts predict a further decline, others stabilization and growth. In any case, the current decline should take advantage of those who have the opportunity to purchase apartments in the suburbs of Kiev. Because housing in the countryside and work in the capital is a European standard of life to which one should aspire. 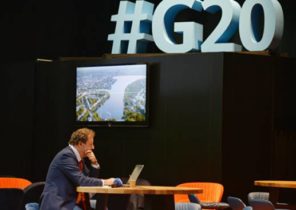