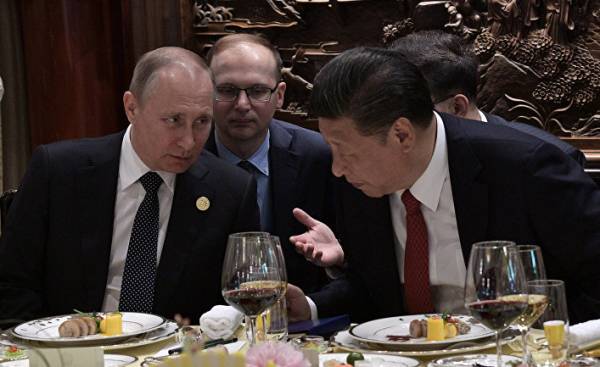 A letter from London under the editorship of Edouard Usson. We regularly receive messages from a certain Benjamin Disraeli, the namesake of the famous British politician of the nineteenth century. In the UK 1850-1870-ies, it seemed that the supremacy of the ideas of liberalism will be eternal. The incarnation was the power of the party “Whig,” which has regularly supported the “constructive” wing “Tory”. Benjamin Disraeli proved himself as one of the greatest orators in the history of the house of Commons and actively fought for the formation of a “conservative” party: he proposed a realistic compromise between free trade and protectionism, but also created bold social legal system for the protection of workers. In 1874 in the Wake of the extended support of the electorate, he managed to become Prime Minister. In 1875, the decisive intervention gave Bismarck to unleash another war with France. In 1878 he again saved the balance of powers to prevent Russia divided up the Ottoman Empire. In 1880, when Disraeli left power, he showed Marx wrong about the determinism of historical forces and the inability of the capitalist system to reform. Letters from a modern namesake of Benjamin Disraeli draw attention to the most interesting historical Parallels in the politics of countries and globalization.

I must admit, I was surprised to read about how the trip to Paris was filled with the President of the United States so enthusiastically that he wanted to set up a parade of 14 July in America. Although it is, of course, little consolation for your head of state who has to deal with a dull discontent of the army. Not managed the American leader to sit in the plane, as in France sparked the first major crisis of “five” Rules. He was a short, but extremely sharp, and its consequences, it is still difficult to judge. But does your President was not right?

General de Villiers was not supposed to talk about their worries about the budget, even in a narrow circle. Once he had fears (quite justified), he ought to discuss them privately with the President. Newly elected Emmanuel macron, in turn, could only say this on the first blow to its credibility. He forced the head of the General staff to resign. It all happened quickly and without complications, though not painless. Anyway, the problem will not do. Moreover, it is perceived even more acute than before, because the head of state a few days earlier announced increase in 2018, the defense budget (and to the detriment of all other expenditures). That is, other agencies have not expressed such a sharp outcry, as the resigned General, although they undoubtedly had worse.

Thus, the new government is clearly trapped budgetary constraints, Berlin and Brussels. Your country needs serious investment if it wants to maintain its rank, and the defense is not the only example. In education and the digital sphere will have to exert less effort. Part of your country isolated from the world: one can even speak of the existence of two Nations within your borders.

First is the one that brought Him to power. It is integrated into the globalizing economy leads the debate about morals (some of its representatives against same-sex marriage) that still did not prevent her to bring to power the current President, leaving behind marine Le Pen. She never felt the constraints imposed by Berlin and Brussels and on the contrary favours them, to discipline obscure “second nation”, which includes both rural France and the outskirts of large cities. Regardless of the origin of all of its members were victims of half a century of experiences and the connivance of the Republican school. This second France is still partly exist on money which, nevertheless, produce very mediocre results (this fact is consistently criticizes the first nation).

In other words, after the recent presidential election, the first nation, “upper France” for five years, got their hands on power without any prospect of a protest, whether at the polls or on the streets. Nevertheless, the crisis with the defense budget tells us that protest can still happen, and quickly, in the Wake of events. You can not afford full of energy and creative impulse the country (dedicated army, active teachers, one of the most creative entrepreneurs…) to work themselves because of the budget. For three decades the country suffers, the better its citizens decide to move abroad, and those who remain, wasting all efforts to patching up the social fabric. I don’t think this situation could last for many more years. Nicolas Sarkozy came to the end of his term with a 25% rating, and Francois Hollande — with 15%. If I understand correctly Makron, he just will not accept an even worse fate.

But what to do, how to do? In front of you that is not the first year opened a different path, but none of your presidents has not yet dared to step on it. Decide whether it is the Makron? After all, it would be contrary to July 14, 2017: it was not about attention to the traditions of Franco-American friendship, and the analysis of large-scale geopolitical change in the early twenty-first century and actions in accordance with them. Now you need to look in the direction of Russia and Asia. It was there that played the economic future of the European Union. Donald trump can do nothing for the Euro. Moreover, to preserve the dollar as the world reserve currency, the US President is willing to make a bet on the collapse of the Eurozone.

At the same time, there are a number of countries, led by Russia and China who are interested in how to get rid of the dollar yoke, and are committed to preserving the Euro to diversify their reserves. We could offer them active investment in the European economy and to participate in a large-scale Chinese project that already includes most of Asia and Russia. We are talking about the formation of a new “silk road”, or even multiple, as in this case, it is assumed the establishment of a number of axes of the Eurasian landmass that the great Oxford geopolitical Mackinder called in 1904, “the heartland”. The Chinese project is not for nothing called “One belt and one road”.

I must admit that if I was in the French government, more hope for the revival of Russia, the revival of Iran, the restoration of Central Asia and China’s destiny than the false discovery well we all know the USA, which today is still admired for its dynamism, however, was plunged into a deep crisis due to an Imperial expenses. We all ears buzz Silicon valley, but did you know that China leaves it behind in many areas of innovation, including the creation of artificial intelligence?

President trump complains about the collapse of infrastructure at home, but did the French engineers would not be better to give the freedom of creativity in the huge space from us to China, where tomorrow you may see more of a modern transport and energy systems? Isn’t it more interesting to read about the awakening of the Iranian civil society than the endless and devoid of all sense of news about the scandal with the alleged Russian ties trump? Who would you like to learn diplomacy? From seeing the whole world in black and white employees of the state Department or the future of Talleyrand from Moscow, Beijing and Seoul?

You wonder why I, a Brit, give you such advice? Have you forgotten how a certain Benjamin Disraeli more than a century ago led his country out of conformity in international relations and actively joined the European policy to fight Germany, and then Russia, finally sending his government to the Imperial conquest of the spaces? So, why would I not dream of today from London about the development of Eurasia?

I must say that I am now, like my namesake in the past, feel in some insulation in the middle of swarming in Westminster imitators of Gladstone, headed by Theresa may, who is not aware of the need to change foreign policy. This, dear friend, I have no doubt. Times UK has such uncertainty, France must take advantage of this. The presence of the American leader in the parade of July 14 should become a tree, which is not visible woods. The future of France depends not on the hands of Macron and trump, and the ability of your country to adapt to the ongoing geopolitical shift.

You need to prepare thousands of professionals across countries, which is now so little known that not only Russia, China and India, but also in Turkey, Kazakhstan and others. You must gain the trust of investors, “New silk road”. Lead Europe in this direction, and you will not only save the Euro, but will make the continent into something more than “Cape Asia”, said Paul valéry. You may not be aware of their strength: your universities are full of treasures innovation, businesses are often ahead of American competitors, and you are required to dialogue Asia with Africa. So, do not waste time!