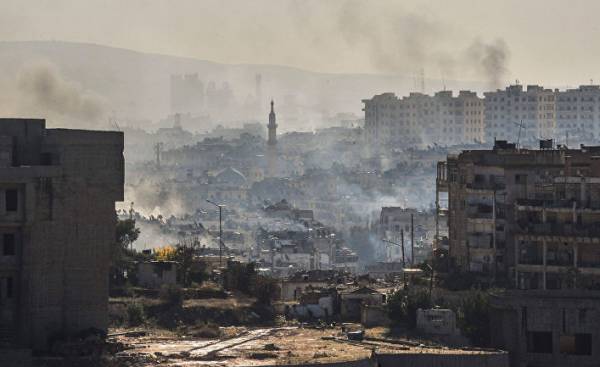 Russia urged world powers to provide funds to rebuild Syria, to support her in an unsuccessful attempt to settle the six-year conflict.

However, according to Western diplomats, the European countries and the Gulf States, are extremely dissatisfied with the military intervention of Russia, which provided the advantage of President Bashar al-Assad is ready to provide funds only in the case if Moscow manages to achieve a peace agreement that will specify the terms of political transition.

“They [Russia] came, messed up, ruined everything, and now they want all of us to pay for it,” said one European diplomat.

It is expected that this issue will be raised at the talks between the Syrian government and the rebels, which will begin in Geneva on Thursday, February 23. Russia is the main foreign participant in this war, however, once in December she helped to conclude a truce between the belligerents, she endeavoured to bring opponents to the political agreement.

As reported by European diplomats last week at a meeting of EU ambassadors in Moscow, Deputy foreign Minister and presidential special representative for the middle East Mikhail Bogdanov said that the reconstruction of Syria will soon be the most important point of the program. Bogdanov said that it would be necessary to invest “tens of billions of dollars”, adding that financial assistance from Russia should not wait.

“The Russians do not want to get completely destroyed Syria. This is a problem that will haunt them as long as Iraq pursued the Americans,” said one middle Eastern diplomat.

This initiative, however, the Russians may face strong resistance, especially given the fact that the Syrian cities such as Aleppo, have suffered largely as a result of air strikes by Russian aircraft. This conflict has turned entire villages across the country in piles of rubble, depriving of housing millions of people.

The views of the countries of the European Union on the issue of whether to insist on the departure of Mr. Assad in the framework of the conflict settlement process and whether to maintain the interim agreement, divided. Countries such as the United Kingdom, France and the Netherlands, believe that the war will not end as long as Mr. Assad is in power, while others argue that it should not impede attempts to resolve the conflict.

“Mogherini I would like to use this conference to make the EU a key participant in the debate on the reconstruction of Syria. The United Kingdom and France do not hurry to agree to options that will not last long and may inadvertently strengthen the position of Assad,” said another European diplomat.

The talks in Geneva will be the next step after the talks, which were held in Kazakhstan with the support of Russia and Turkey.

Russia used the talks to offer a new draft of the Syrian Constitution, despite the fact that the work on this document was originally part of the Geneva process. The second round of talks in Astana ended last week without any significant results. It is expected that Moscow re will offer its own draft Constitution in Geneva.

The details of the Russian project of the Constitution was not promulgated, however, the main question is how long Mr. Assad could remain in power. The rebels and diplomats say that the Russian project describes the transfer of the powers of the Central government and the empowerment of ministries such as the Ministry of the interior, defence and foreign Affairs.

Some opposition members are already starting more sympathetic to this embodiment, since the outcome in Syria may be formed by the system of separation of powers on the model of Iraq or Lebanon.

“It is far from ideal, and it is absolutely not what we wanted, but this option is better than war,” said one representative of the opposition.

But other members of the opposition believe that it’s only a play, which they should steer clear.

“Powerful new position means nothing if behind you there is no intelligence services and the army,” said one representative of the opposition.

Russian experts on the Middle East accused the Syrian government and Iran, another ally of Mr. Assad — that they are the main obstacles to the political settlement process.

According to representatives of the Kremlin, nor the solution to this problem, no attempts to convince the European powers to support the political agreement concluded with the assistance of Russia, could not be successful in the absence of clarity on U.S. policy in Syria. The Obama administration that the Syrian opposition is criticized for being too half-hearted attempts to end the violence, was on the sidelines with the growing influence of Russia in the region.

US President, Donald trump declared that its priority in Syria is fighting against ISIS (a terrorist organization banned in Russia — approx. ed.) and not attempt to force Mr. Assad to leave power. However, his administration increased the pressure on Iran, the main supporter of the Syrian regime in the region.

“The tough stance of the administration trump against Iran may force Iran to make concessions, said one former Russian diplomat. — But we need a clear signal from Washington.” 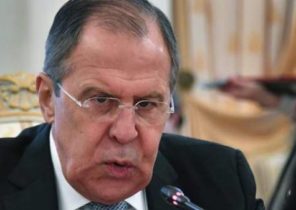 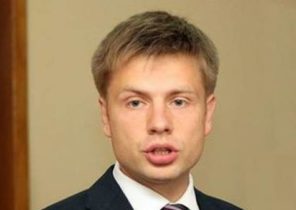 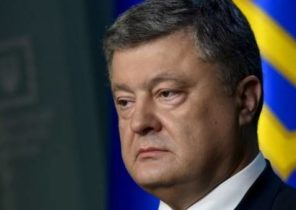