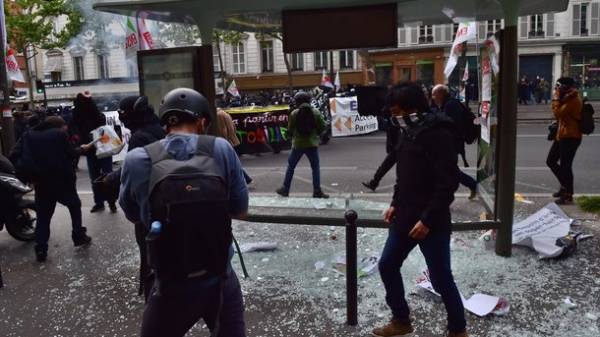 Two employees of the French security service were injured Monday during a riot in Paris in the area of the Republic and the Nation. About this informed the television channel BFM TV.

According to the channel, the demonstrators taking part in may day marches, threw them in a bottle with an incendiary mix.

In addition, it is reported that managed to isolate about 150 people in masks, who managed to sneak into one of the may day columns.

We will remind, earlier more than a hundred wives and partners of the Paris police staged a demonstration on the Champs Elyseesin protest against the increasing violence in France.