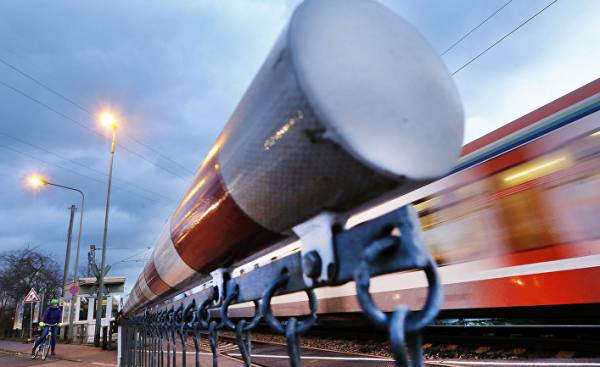 In cold day in may 2017, I was waiting for my train on a transplant in Hanover, to go further in Bochum. The evening of the day, wagons full, I had to sit down in the restaurant car, where to my Quad coupe hooked two.

— Dear sir allow us to take empty seats in his coupe?

And that’s part took away from Hanover. We delved into the menu, because just sit in the dining car is not necessary, then made the order, and one of the old men asked where, they say, rides a young man. 63-year-old young man laughed.

— Well, we’re not so old, ‘ said the one with the mustache and smaller.

Then I notice that they speak with an Austrian accent, which is heard, and something else. But this “what” I am without their help to identify was not.

— We are from Israel, almost rollicking smile he answered, sitting towering over his companion, probably for two heads.

— But originally from Hungary. After 1956 he lived in Vienna for three years, and from there went to Israel, ‘ replied the mustachioed.

He looked at me very carefully. And suddenly — without any smile. I even felt uncomfortable. The next phrase they uttered almost simultaneously, and I realized that they are ever since I left in 1956 in Vienna, at home, in Hungary, never visited. Even on this trip, obviously, their way to Hungary did not lie: they went to Hamburg to watch the latest of the famous building of the city Philharmonic of the Elbe on the water.

The story that my interlocutors were reminded of the communion of twins: one continued sentence another without hesitation, but they listened willingly, his story invites a conversation. I was wearing a pink shirt rare thin white stripes, and, probably, it seemed to me people close to them in the warehouse life.

Perhaps I should immediately said, where were my companions. So going back to the very beginning of the conversation and let me remind you that initially I did not understand how all the same accent said my interlocutors, who immediately understood where my accent. Despite the different appearance and the expected accent. This change in communication people in the age of globalization and then helps or hinders us along the way. So “Austrian” in a German accent was indistinguishable merged into another with a sort of dialect, to hear which made me not quite Austrian appearance and stocky older gentleman and a younger slim N. Mr. T. In politically correct countries you are not supposed to know a person’s phenotype. So the simplest Russian-Soviet formula of “go to a compartment two old Jews” I ran before they me about yourself told. As it turned out, a similar formula was in the head of Mr. N. and Mr. T. But as soon as we in General was settled this burning question, it took a lot just refinements, and we went back to professions and biographies. Now both of them are professional travelers. Psychiatric practice was sold about 15 years ago, but I try to go to conferences here and there. Not want to lag from time to time. Especially eager to come to Germany because here, say they, the political status of the LGBT community are higher than in most other countries of the world.

When it turns out that Mr. T. is the same age as my mom, tell them about my mom, her parents, grandparents, what I remember. About her hometown of Odessa, about surviving uncles-veterans. That war, my mother spent in the orphanage, about what kind of mental damage caused to her and her unwitting friends, the experience of the orphanage. Only after that my interlocutors mentioned about his work, and Junior noticed that some doctors become psychiatrists, to a life of free but professionally to heal his own psyche. After a pause, Mr. N. said, surely, they both would have understood my mother and would be interesting to talk to, because I, too, grew up in a kind of orphanage. That was, however, not an orphanage, and convent, where they both grew up as girls.

There were two problems — the voice, and then the vegetation on the face and body, which both were, unfortunately, extremely noticeable. Therefore, it is scorched and tormented some more horrible painful ways. But the voice remained a problem, and they learned to be silent. But if to speak only in a whisper. Therefore, both men were declared not just girls, and mentally retarded girls. With the math teacher, real adult woman who was from somewhere in the Ukraine, they played chess.

While they talked about the details, I figured that the outbreak of war in Europe, they met when one was seven and the other ten years in the monastery came at the age of 8 and 11 when the parents of both boys went somehow all together through Germany to Switzerland, to correct any transit documents, but disappeared, never came back, and then was not. The liberation of Hungary from the Nazis met simultaneously with the appearance in Budapest of the red army. There was a huge difficulty with the documents. But they somehow held on to the Hungarian uprising of 1956, which moved to Austria.

— Most of these girls didn’t even know that we are not girls! — said Mr. N. And all of a sudden in response to these words is much less talkative youngest member of this amazing couple said multilingual poetic line in Russian. What I find fascinating is the lack of even the slightest accent. Rather, again, I said it wrong. The accent was, but it was that old already reprimanded that we hear on the records 1930-early 1960s, by Valentina Serova, Dina Vierny or Strangely Irtlach, by the voices of the performers of the so-called thieves ‘ songs or urban romance. And the line, which he said was from the song “Bogdanovski (these were Rostov; on Deribasovskaya street — Odessa) otkrylasya beer”. Here it is:

“The two bolodeoku, one luxury boy…”
Automatically I answered:
“Who went to beg in the city of Nalchik…”

Both of them with eager curiosity looked at me, admitting that I remember by heart a few of these songs, because their teacher and chess coach sang them to himself, they said, “with a strange distaste, and sometimes with tears.”

While we were talking, the Windows unusually fast trains jets wide braided the rain, and Mr. N. and Mr. T. explained, rather sparingly, that they first didn’t understand, and then asked the player to explain to them the words of the songs. My interlocutors were lucky: their natural affinity and kindness, unspeakable kindness of the nuns, risking, among other things, the fate of other inmates of the monastery, reduced their stay in the monastery and in the test, and the similarity of the game, which was, however, known to them same rules. In the case was devoted to the mathematics teacher.

They are quite good and I had learned Russian, to understand what sister Faith called them bolodeoku a joke and even understand how she and other displaced inhabitants of the monastery took these “demi vierges” — of fashion before the war in Europe a novel by eugène Marcel prévost, “Poludela” (or Les Demi-vierges). Interesting that the writer of the famous “Lolita” at that time, the Provost was one of the few who are protected from anti-Semitic persecution of Alfred Dreyfus.

Of course, all these people whose names and actions are intertwined in a colorful knot just for an hour in our conversation in a German train in may 2017, did to each other were not associated. Don’t even know if they were — albeit briefly — to experience extremely excited both memory. Not knowing either of the two other songs that Mr. N. and Mr. T. for I recited, I did not even think to write down words — at least the beginning and end of both songs.

Maybe among the Israeli patients there will be someone who recognises these songs? No, they say, Russian or Ukrainian patients they have never had: Hungarian, German — Israeli Yes. But not Russian, and not Soviet. The current Prime Minister and his Russian assistant, they said, don’t like it.

It was strange to hear the authentic Russian speech from the mouths of these amazing and sad people, who always remained quite secular Jews, not turning in any faith, but to the Catholic Church experiencing eternal gratitude.

How surprising the world is arranged!

A sister of the Faith, Prelate, whose name is not spoken?

The only case where the lines of urban folklore in a foreign language were able to save this fragile human psyche? I don’t know.