— Polskie Radio: Russia and China conduct joint exercises in the Baltic sea. This is the first exercise of this kind, how to treat them?

— Marcin Kaczmarski (Marcin Kaczmarski): Pay attention that this is not the first naval exercises of Russia and China: they are carried out regularly since 2012. Novelty was the venue they took place in East Asia — Yellow, South and East China seas. Once they are deployed in the Mediterranean, but this was due rather to the dynamics of development of the situation around Syria, rather than broad strategy.

In these exercises important to the political aspect, the military secondary importance. Of course, they will help the Russian and Chinese fleet to engage, will be an opportunity to develop some form of cooperation, but the most important thing in this case — the political signals that we want to send both sides.

— What kind of signals?

— Russia wanted to show the world that it has the political support of Peking, and China has become virtually its ally. Of course, neither Moscow nor Beijing do not use this word openly. The Chinese say that the two countries are not in the military-political Union. The Kremlin wants to send a signal that China supports its actions in the Baltic sea. Let me remind you, as are the Russians in this region: their fleet and aircraft stage a provocation against the NATO countries.

China, in turn, seeks to show that it has a blue-water Navy of global importance, which is valid not only in East Asia, next to China sea, but (almost as Americans) are able to conduct operations far from their bases.

— Whether there is in fact a Union of Russia and China? What persuaded Beijing to take part in the exercises, which take place in the region, was the center of attention in a period of increasing tensions between Russia and the West? Where Moscow is demonstrating his aggressive intentions?

It seems that the Chinese, who have made a major step by sending your ships into the Baltic sea, will be expected from the Russians response, for example, political support in the issue of China’s claims in the South or East China sea.

— Exercises — is a signal that the Chinese support the aggressive actions of Moscow in the Baltic sea?

— You can interpret it so. In any case China shows that his actions may not always coincide with the economic agenda. Beijing tied good economic relations in the region of the Baltic sea, just look at the recent visits to the States of East-Central Europe. However, the Chinese have demonstrated that their interests are global in scale: on the one hand, they support relations with the States of the region, but on the other — send a strategic signal to the United States. From the Chinese point of view, the main recipient of the signals — the Americans, not the European country.

Union of Russia and China still do not exist: neither party wants to openly support aggressive partner. They show that they will do what suits them, focusing not only on economic interests.

— What will happen in this case with the silk road project? How does he fit into this context?

— It is difficult to talk about the slim strategy. New silk road (or, as the Chinese say, the initiative “One belt and one road”) should help China to gain the support of other countries, to create him a positive image. I think the Chinese political elites realized that sending ships to the Baltic sea is contrary to this policy.

Maybe it’s the lack of coordination or the existence of different factions, one of which adheres to moderate positions, and the other wants to demonstrate the possibility of placing the Navy. Part in the exercises with the Russian military does not improve the image of China in the region. If silk road can be viewed as an effective tool of creating a positive image of Beijing in Europe, military exercises with Russia this way hurt.

— Russia is preparing the ground for new operations? These teachings were needed in the first place it.

— What’s really going on, the question remains: it may be the desire to preserve the status quo and preparing for new aggressive actions. As for China, he certainly won’t make Moscow gifts. He will wait for her response. 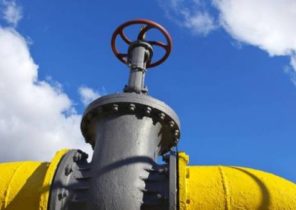 “Naftogaz of Ukraine” from October, will raise the price of gas for industry