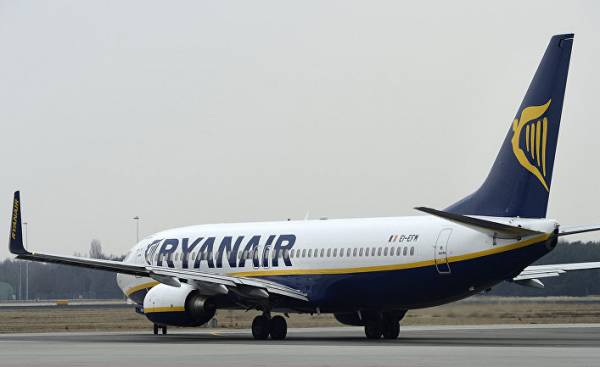 June 11, citizens of Ukraine have visa-free travel to the EU. Thus, for international companies, there are possibilities for doing business. In line with this, the Irish airline Ryanair in the spring of 2017 announced the release of the Ukrainian market. She was supposed to offer flights from different cities of Europe in Kyiv and Lviv and back, in this regard, was developed by the flight plan. Sale of tickets has already begun. This was followed by the departure of the company. The sale of tickets was stopped. David O’brien (David O’brien), chief commercial officer of Ryanair, has justified the decision by saying that it was impossible to reach an agreement with the leadership of the Kiev airport Borispol. At the same time, O’brien rebuked Paul Ryabkin, Executive Director of the Boryspil airport, in that he wanted to protect the airline Ukraine International Airlines (UIA) from international competition. Care O’brien was supported by the Ukrainian Minister of transport Volodymyr Omelyan, which in June 2017 was announced that Ryabkin did not want to jeopardize the monopoly position in the UIA flights to Europe.

Piquant moment in this story is that influential Ukrainian oligarch Igor Kolomoisky is the co-owner of UIA. In Ukraine, the current aircraft budget airlines cater mainly to the middle East the lines are still lines in Europe was not. As Ryabkin, and UIA reject accusations of violating competition and argue their position on disproportionate requirements on the part of Ryanair, with the result that the Boryspil airport could suffer financial loss.

Ukrainian Prime Minister Volodymyr Groysman again insists on the resumption of negotiations with Ryanair and the Minister of transport threatened with dismissal Ryabkin, if no agreement is reached between the airport and Ryanair.

Quarrel with Ryanair is not an isolated incident

The farce of the Irish low-cost airline may at first sight seem to be the special case, when private foreign enterprise is faced with the peculiarities of the Ukrainian market, or at least know about the huge difficulties. At the same time, it seems that observers are difficult to paint an accurate picture of the situation. Whether discussion on a rational level and in the framework of formal laws? Or influential oligarchs in the background pulling the strings informal to ensure the interests of their private profits?

Such events in the former Soviet Union are certainly not isolated cases. In our book, “State Capture, Political Risks and International Business. Cases from the Black Sea Region” (state Capture, political risk, and international business. Cases in the black sea region), we draw the structural background for various occasions and give a sketch of the concept to be able to structurally analyze these incidents.

The phenomenon of “state capture”

At the heart of this is the phenomenon of “state capture”. This means that the enterprise network family clans and business-click hold public positions, to use them in their private interests. These elites want to preserve their dominance. They do this not only through repression but also through the “privatization” of public assets and their distribution resembles a pyramid and the networks of patronage. Thus, you buy the legitimacy and loyalty and there is a stabilization system of domination.

In this context, official policy has two parallel to existing system logic. On the one hand we see the logic of the formal procedure established in the Constitution, laws and regulations. On the other hand, we see the informal logic of the existing order. Although formal and informal order often contradict each other, both forms of logic exist simultaneously and manifest themselves in the interaction. The fact that the ruling elite are abusing the formal collective order to achieve their private, informal goals of domination. For foreign enterprises that wish to invest in such a distinctive market that it is associated with a specific political risks.

One such political risks we call “Systemic (Dis)-Favouritism” (systematic (not)-favoritism). The ruling elite use all at their disposal the power of the state to favour the companies own network and to keep private and foreign competitors. Tools in such cases are driven justice and bureaucracy, as well as deliberately conceal laws and regulations. Arbitrariness, lack of transparency and unreliable legal system has become a weapon against intruders.

Clans, families and business in power

But back to Ukraine. As in almost all post-Soviet republics “state capture” is a fundamental legacy of the Soviet Union. So party cadres used a highly centralized and covers all public areas of the vast Soviet political system to expand their client networks. In the chaotic years after the collapse of the Soviet Union the old elite and successfully integrated in the network of new knights good luck used the practice of managed privatization process to strengthen its political and economic dominance and to divide the national wealth.

During Viktor Yanukovych of “state capture” took a very ugly shape. So the “Donetsk” clan family, working and friendly gangs, named after their native region became known for having shamelessly robbed the state and the economy. The “gang of no”, the main slogan of the Maidan revolution, aims to break the remaining structure.

However, where Ukraine is today after more than three years after Yanukovych? The current case of Ryanair suggests that the problems of “state capture” there is still. However, a revolution shook this informal system of domination and a lot of time put its existence into question. However, there have been only a shift in the balance of power. While competitors, the elite, however, are United in the fact that as long as possible to maintain the existing system. Political and economic problems arising from the conflict in Eastern Ukraine, they are more than acceptable. As part of a research trip to Kiev in June 2016, we addressed the issue of how international entrepreneurs assess political risk in Ukraine as a whole and reform after the revolution in particular. While it was found that not the Crimean crisis and the conflict in Eastern Ukraine, and political risks associated with the “state capture”, as before, remained in the same place. The rule of Poroshenko is evaluated only as a new form of “state capture”. For a well staged performance Pro-Western and reformist rhetoric hides the old system logic. While the debate about the planned reforms were assessed as very polarized. The alignment of interests between revolution and reaction Ukraine still has to survive the critical moment. The current reform of the judicial system will show whether the reformist forces to continue their operations, and whether Ukraine is a reliable place of business for foreign investors. 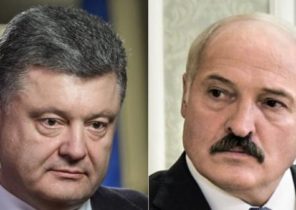