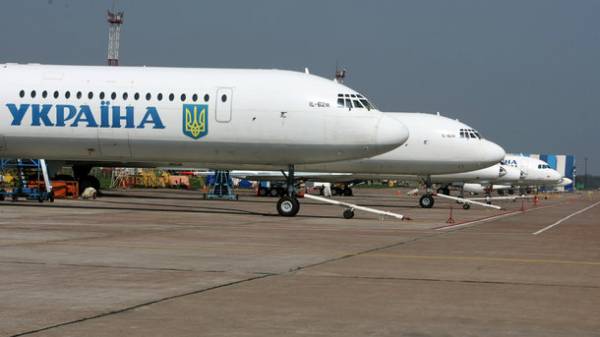 The Ministry of infrastructure announced the creation of the Ukrainian low-cost airline. The airline will fly in Ukraine and abroad. The Agency promises to register a company this autumn. Most likely, she will begin flying in 2018. According to the Minister Volodymyr Omelyan, the domestic carrier will be 51% state, the rest is foreign capital. How much will it cost to fly to Ukraine where you can fly low-cost airline, learned of the site Today.

A little more expensive than a train ticket

The authors of the Index of prices for air tickets calculated every 100 km of flights in Ukraine is 12,36 Euro. This is the average figure for low-cost fare, and a ticket with a full service on short-haul routes. For example, in Romania the average tariff per 100 km for the low-cost airline – 2.79 euros, in Moldova – 3,25 Euro, in Russia – 6 Euro, in Poland – 10,32. On long routes every 100 km in Ukraine are at 3.24 euros in low-cost rate, 6,24 Euro ticket with full services. But it is more expensive than the neighbors. In Lithuania low-cost rate on 100 km – € 1.73 in Poland of 2.07 euros, in Romania is 2.44. In Ukraine, the more expensive flights due to poor demand, which supported low-income population compared to other countries. So, in 2016, from Kiev to Odessa flew the airline “Bravo” with tickets at 500 hryvnia one way. However, in early 2017, the carrier said it was suspending the route because of low demand.

“Today is flying about 5% of Ukrainians – it is very small and due to the high cost of this mode of transport. If you receive the low cost – there will be new passengers who don’t fly now. The advent of mass low-cost airline in Ukraine may increase the number of passengers within two years three times”, – said the Director of the program Infrastructure of the Ukrainian Institute of the future Vladimir Shulmeyster. 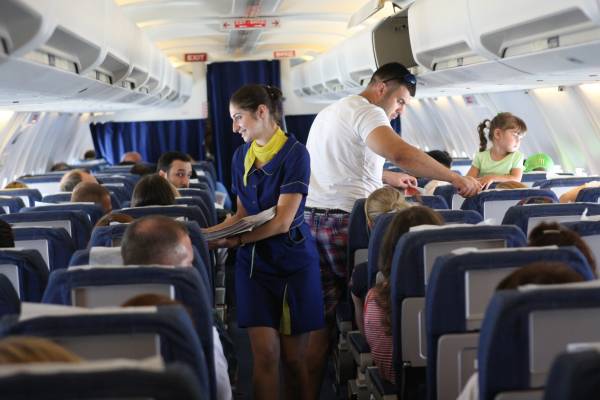 The Ukrainian Ministry of Infrastructure, the airline will register in the fall. Photo: A. Boyko, “Today”

Now between the Ukrainian cities regularly fly three airlines: UIA, “Motor Sich” and “Dniproavia”. If you buy a ticket for the next two or three days before departure, MAU will have to pay from 1320 to 4278 hryvnia. In “Motor Sich” tickets are within 1310-3084 hryvnia. In “Dniproavia” from 3486 to 3,720 USD. However, if you book a ticket for a month or two before departure it will cost half or even three times cheaper. During the six months prior to departure flights to Ukraine sells only MAU, and the price of all routes in the country is almost the same – 717-748 hryvnia. However, it is expensive, said the Minister of infrastructure Vladimir Omelian. According to officials, tickets for Ukraine should cost 500-1000 UAH one way. To combat expensive tickets Omeljan plans to create a Ukrainian low-cost airline. It will fly mainly on Ukraine, but there will be international flights. The Agency is already developing the business plan of the airline and looking for foreign investor. For the most part the new carrier will own the state, 49% – give to foreigners. The new airline will have eight aircraft and fly from “Borispol” and “Zhulyany”, said the head of the Department of air transport of the Ministry of Infrastructure Galina durmush. Register the company the Minister promised in the fall, but when you start flying in the office is not misleading.

For many, it is now possible to fly over Ukraine, UAH

The airlines use a wide dispersion of tariffs. Cheap tickets are not many, they are portrayed to attract passengers. Lowest ticket price kompensiruet another passenger who had bought an expensive ticket, said Alexander Kava, the former Deputy Minister of infrastructure. So, next I can sit the passengers, one of whom bought a ticket for 1000 hryvnia, and another for 5000. The low-cost airlines also reduce the price due to the lower cost of staff, maintenance of aircraft, airport charges. They also fly to major airports, and the provincially – this allows you to save on the airport fee.

Since the Ukrainian low-cost airline will in most parts of the state, the government will be able to subsidize. But a ticket to Ukraine can’t be worth less than 1,000 hryvnia, considers the expert on transport Sergey Khizhnyak.

“If this national low-cost airline will operate only in the domestic market, then the government will have several tools to support such flights. The domestic market is regulated only by national legislation, it is easier to subsidize the airline. On flights within Ukraine, the average ticket price may not be less than 1,000 hryvnia per one way. Below – is unlikely to be economically possible,” – said the expert.

Program Director of Infrastructure of the Ukrainian Institute of the future Vladimir Shulmeyster notes that the new airline should focus on the an average on 500 hryvnias: “my example is the airline company Bravo, which has set the tariff for Kiev-Odessa 500 hryvnia. This is a landmark of what the airline can get”.

According to Galina durmush, flights to Ukraine will cost “a little more than the cost of a ticket in a train compartment”.

What about airports: where to fly the Ukrainian low-cost airline

In Ukraine almost in every regional center has an airport. They were built in the 40-60-ies of the last century. The government upgraded only five of them at Euro 2012: Lviv, Kharkiv, Kyiv “Boryspil” and “Zhulyany” and the destroyed Donetsk airport. Modify the rest of your life and need major repairs.

Regional airports do not develop because of outdated legislation, mismanagement and lack of money, experts say. Until 2023, the Cabinet plans to revive and pass the Ministry of infrastructure all the air gate of the country.

In Ukraine, 22 passenger airport and only 15 of them have been certified. The “Boryspil”, “Zhulyany”, Dnipropetrovsk, Lviv, Zaporizhzhya, Odesa and Kharkiv airports is 98% in the structure of air transport in the country. Other airports are taking one or two regular flights a week, or only charters. 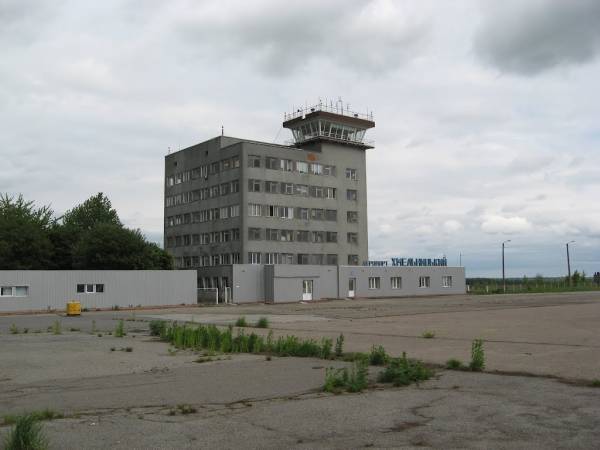 In 2013 in Khmelnytskyi airport, local government for 981 thousand UAH repaired runway. After the repair none of the aircraft can not land on the highway due to potholes and bumps. Now for the resumption of the hub need 45-50 million . Photo: www.panoramio.com Andrew Gorlewski

According to the state program of airport development, the government will return the country Yaroslav state. Now most of them are in the municipal property. Will be administered by the Ministry of infrastructure. Until 2023, the Cabinet hopes to increase passenger numbers from the current 12.9 million people a year to 24.3 million the State invests in airports 8.7 billion hryvnia. Although the program works, and General Director of the Zaporozhye airport complains that no money was allocated from the state budget, and not isolated.

The transfer of airports to the communal property has led to their destruction, considers the expert on transport of the Office of effective regulation BRDO Sergey Khizhnyak. Local authorities do not know how to manage Yaroslav, explains the analyst. And money for development of airports in regional and city budget.

“For 25 years, it appeared that neither the regional, nor the city authorities control the airports are not capable of. Somewhere no money-management experience. As airports are gradually destroyed. Now airports need huge investments. Most of the strips and terminals to be built”, – says khyzhnyak.

From regional airports prospects have with Kherson, Mykolaiv, Ivano-Frankivsk, Chernivtsi, Gostomel and White Churches, according to experts of the Ukrainian Institute of the future. However, they require major repairs or reconstruction.

And to create routes of the Ukrainian low-cost airline, the Ministry must perform a passenger flow of surface transport, says khyzhnyak.

“When developing a business plan you need to watch how many passengers on scheduled routes carried by truckers and “Ukrzaliznytsya” in the segment SV and compartment cars. While Ukrainian airlines in one voice declare that the domestic market unprofitable for them. Therefore, at the planning stage it is important to calculate a realistic financial model. After all, the airline needs to be profitable. It is not unprofitable enterprise”, – says the expert.

However, Alexander kawa said that the creation loukost at least half will pay Ukraine from the state budget. But the country is more necessary in the purchase of new railcars to Ukrzaliznytsia, which are worn by more than 91%.

“I think that Ukraine has what to spend the money of the state budget, not to direct them to the creation of a new airline. All the same air we do not a necessity, and the money can be spent on the purchase of new cars which are really critical situation. Aviation is the marketplace where private companies are not properly developing. And to fight against monopolization of the market is not necessary to create state airlines, and the creation of conditions for competition of private airlines,” said kawa. 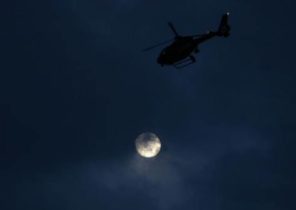 Russia falls victim to its own success in Syria