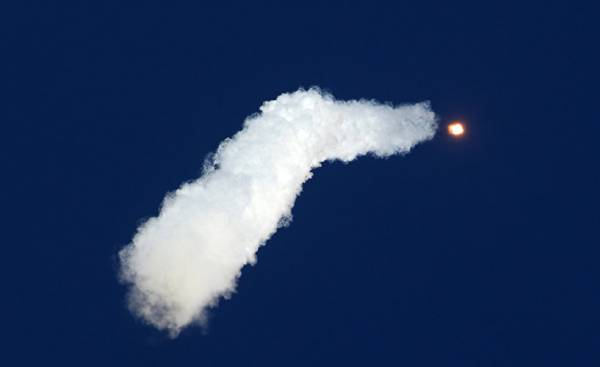 The military leadership of the former Soviet Union produced a major report on the presence of a UFO in the waters around the Canary Islands. It indicates that the object discovered by the Spanish authorities in March 1979, appeared “under water”, but does not specify whether it was a missile, as claimed at the time and that was proven in 2001.

About the light phenomenon in the area of the Canary Islands said in one of the Soviet reports of those years. The fact that the USSR knew what was happening in the Canary Islands, was understandable: there was the residency of the KGB, working under the cover of Soviet-Spanish company “Somespan”. Because it was engaged in fishing, the USSR had to have sources of information gathering in the open sea, mounted on a fishing or offshore supply vessels.

The report at the disposal of the newspaper ABC and signed by Colonel P. V. l, captain L. A. P., called “Study of anomalous phenomena intelligence service of the Soviet Navy”. The document States that “thousands of people on the island of Gran Canaria (Gran Canaria) witnessed an unusual phenomenon: out of the water flew a dark object and rushed up.”

Next, the text says that “in a moment, around the object there was a strong glow, then he disappeared from view, leaving behind a huge luminous cloud” — is stated further in the report of the Soviet military. Indeed, the object was observed on the entire Saharan coast, including pilots of passenger aircraft flying to the South of the Canary Islands. In the atmosphere of the cold war, the Soviet military could not confirm or deny that it was a missile, nor specify to whom they belonged.

The report, dated March 3, 1979, declassified by the Ministry of defence of Spain, says: “At 17:56 air traffic controllers has detected a primary echo on the screen, which quickly moved, which was reported to the operator, who also watched it on their screen. Soon, the signal disappeared from the screen. At the moment in this area no aircraft movements were observed.”

UFO, which, according to the Soviet military, flew from under the water, according to witnesses was a “rare atmospheric phenomenon” or “strange sunset” at 18.30 at Canary time.

Phenomenon that day were observed twice. 20.08 in the newly appeared “silvery object (various witnesses say he was of pyramidal form, was a glowing sphere, a rocket, a race car), “which left a red mark” and went up “almost vertically”.

The report of the Ministry of defense stated that the object changed its trajectory, “soaring up sharply in a short time”, in accordance with the testimony of witnesses. Witnesses testified to representatives of the military Department that the object was observed small explosions. That day was committed by four rockets.

Starting from the sea

Although it was a lot of speculation, because the phenomenon was observed a significant number of people, March 23, from Las Palmas was sent an encrypted message to Madrid, which said: “Everything points to the fact that we are talking about a missile launched from international waters to the West of the archipelago. On this basis, it is necessary to stop any kind of speculation, resorted to by unscrupulous people to use these facts for their own purposes”. Further, the telegram says: “it Might be appropriate to request the U.S. Armed Forces relative to the start, although, according to some reports, the missile could be launched towards the East. In this case, we can assume that it was a training rocket, which should fall on the territory of Eastern Europe. Accordingly, she was running from one of the military ships of the countries of the Warsaw Pact”. So Spain thought it was a Soviet rocket.

Was launched four missiles without warheads

Experts Ricardo Campo (Ricardo Campo) and Vicente-Juan Ballester Olmos (Vicente-Juan Ballester Olmos) believe that the lights were the result of the launch of missiles “Poseidon C-3” with the American nuclear submarines were in the Atlantic ocean. The evening of the day at different times was launched four missiles, two of which are well observed, especially their trace in the form of a huge gas track in the upper atmosphere. Launches were conducted during target practice the American submarines.

As it became known ABC, 10 and 12 September 2013 in one of the areas of the Atlantic ocean, located near the Canary Islands, submarine Ohio-class US Navy has carried out in submerged position four training launch of sea-launched ballistic missiles Trident-2 D5 without a warhead manufactured by Lockheed Martin.