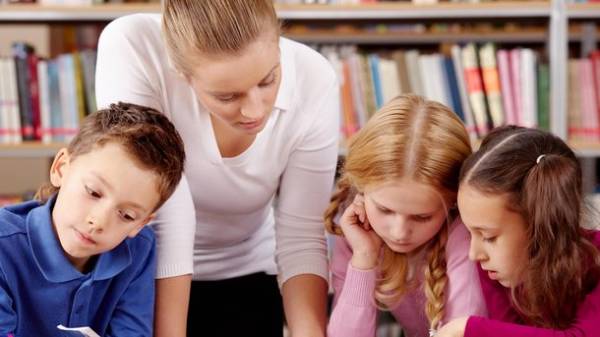 Summer is not a reason to fold their hands in June, there was a significant increase in vacancies in several sectors of the labor market, according to analysts of the International HR portal HeadHunter Ukraine. “Positive dynamics was observed in such professional fields as mining, science and education, transport and logistics, domestic staff, and, not surprisingly, tourism, hotel and restaurant business. And in the legal field we see a decline in the number of vacancies”, — says the expert of the expert-analytical center of HeadHunter Ukraine Ekaterina, Krivoruchenko.

According to her, the level of competition has not changed in comparison with the previous period: for the one vacant seat, as before, claimed by three specialist (hindex — the ratio of the resume to number of vacancies). The high level of competition among senior managers as well as students and specialists with no experience.

2016 was a turning point for the Ukrainian labor market: the number of jobs has increased three times compared to the 2015. In 2017, the trend is continuing, but its momentum is considerably lower, says Tatyana Nikitovich, Director of HR service provider Smart Solutions. According to company estimates, the increase in vacancies in the first quarter of 2017 compared with the previous 10%.

“With the improvement of the condition of the labor market, the company began to open jobs. Although to a situation where staff lured significantly higher salaries, is still far away, says the birth. — Most of the companies working with Smart Solutions, noted a shortage of qualified staff and high expectations on the salaries of the candidates — employers for economic reasons can not provide the applicants lost for 2014-2016 revenues in dollar terms”.

TO WHOM THE DEMAND

In 2016, the demand for recruitment services was at a fairly low level, but by 2017 most companies have budgeted increase in staffing, which is reflected in the increasing number of requests for search of personnel in the first quarter. “Many employers have come back with major orders in the agricultural sector, many digital job opportunities in banks and online-marketing, — says Tatiana nikitivich. Traditionally a lot of applications from major international businesses, large domestic holdings, and companies with foreign investments”.

Most orders for recruitment comes from the agricultural sector, industrial sector, medical market, pharmsector and IT companies. Less actively, according to HR service provider, but still recruiting banks and financial companies. Recruiters are also seeing an increase in demand for temporary workers. “In this category the most popular pickers, porters, cashiers, employees of the logistics and transport complexes, workers, operators of call centers, — reports the birth. But the difficulty of finding such staff to the employer that they are not looking for a job online or on specialized sites”.

Meanwhile, the State statistics service has published data for the first quarter of this year, and from them it appears that unemployment in the country is growing. Her level, according to the methodology of the International labour organization (MOP), was 10.1%, while a year ago the indicator was equal to 9.9%. The fact that the unemployment rate exceeded ten, a kind of the record: even on the background of falling GDP in the past years of crisis, unemployment recorded at the level of 9.5—9.6 per cent. On the other hand, unemployment in our country do not always adequately reflect reality, says Dmytro Boyarchuk, Executive Director CASE Ukraine, although estimates based on the methodology MOS is always correlated with the state of the economy. “I have now a strange situation — GDP started growing (2.5% in the 1st quarter) and the unemployment situation has worsened. It should not be, — he said. — It turns out that the economy in the first quarter, compared to last year, lost 19.5 thousand jobs.”

Interestingly, according to the expert, the main impact has been on women: they lost 59,8 thousand jobs. And men, conversely, received 40,3 thousand

“Among the events that directly could affect the labor market — a doubling of the minimal salary. These are preliminary findings about rising unemployment amid economic growth,” — said Boyarchuk.

However, according to the state service of statistics it is possible to trust, says Boyarchuk. The official statistics says about the unemployment and job search sites — about the growing number of vacancies, because they observe two parallel processes, he said.

“On the one hand, the economy is revived and you receive a request for a new employee, and this is recorded in the career site. On the other — the business adapts to new conditions (I suspect that this is the new minimum salary) and reduces the excess, and this trend recruiting does not fix, — explains Dmitry Boyarchuk. — That is, the economic recovery has not yet been able to create so many jobs, to compensate for the negative effects of doubling the minimal salary”.